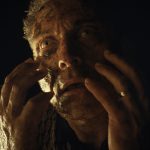 You are reading
Old Stops Snake Eyes This Weekend

This past weekend movie viewers had two new movies to enjoy. It seems though that most viewers just didn’t want to see them. Old and Snake Eyes both made it into the top three. Yet the amount was well under what Black Widow and Fast 9 had been able to pull in during their opening weekends.

Old was able to gross an estimated $16.5 million this weekend. The M Night Shyamalan movie wasn’t able to scare up the viewers. This film followed a family relaxing on a beach that caused them to age rapidly. At this moment the movie is sitting at $23 million worldwide. I really doubt that this movie will be able to get more than $50 million at the domestic box office.

Snake Eyes is a bit of a disappointment financially. The film was only able to gross an estimated $13.3 million. This is well under what the studios were hoping to make in the movies opening weekend. Expect Paramount to bring this movie to its streaming service as an at-home rental sooner rather than later. The home market has really shown studios that plenty of people would rather spend $29 on a movie in the comfort of their own homes.

Next weekend we have three movies coming to theaters. With the pandemic still pushing people to stay out of theaters, it will be interesting to see which movie takes the top spot. The Green Knight, Jungle Cruise, and Stillwater will be the three contenders coming out. The Disney movie Jungle Crusie will also be released on Disney Plus the same day. That will of course cost viewers the usual $29.99 to watch that film.