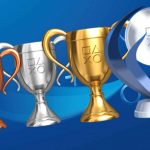 You are reading
Trophy Hunting: No Time To Waste, or a Waste Of Time?

Do you remember when video games didn’t have trophies? Cast your mind back to 2004. A time when the only trophy hunters were the ones in Africa hunting Ivory. Playstation 2 dominated the video game market. Xbox and Nintendo Gamecube were fighting for whatever scraps were left.

Metal Gear Solid 3: Snake Eater, Halo 2, and Grand Theft Auto: San Andreas were the year’s big releases. Despite them all being very different games on different consoles, they did have something important in common.

There was no sign of any trophies or achievements in any of them. That’s because this concept wouldn’t actually be introduced to video games until the following year. When Xbox launched its revolutionary ‘Achievements’ system in 2005.

This new and exciting feature gave gamers a digital way of recording their in-game achievements and rewarded them with a score and overall rank.

It was met with a positive reception from Xbox fans. Especially at a time when online gaming and competitions were really starting to take off. Everyone wanted a better ‘Gamerscore’ than their mates.

Despite this popularity, Sony was a little sluggish in following suit. It wasn’t until 2008 when they introduced their equivalent, the ‘Trophy’ system, on PlayStation 3. 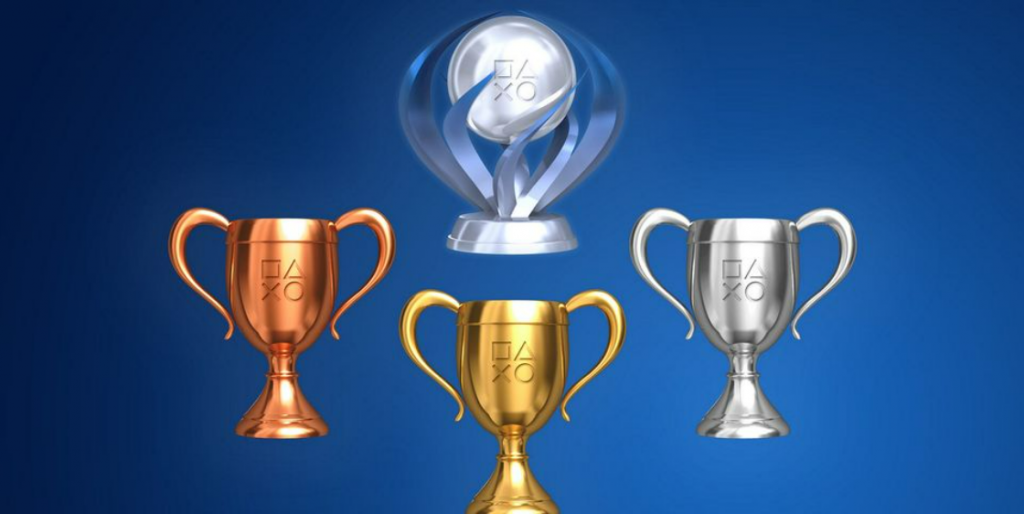 Almost 15 years later, Trophies/ Achievements have become a very important part of a game’s experience. At least, for some of the community. You see, look hard enough, and you’ll find a range of people at opposite ends of the scale.

You’ll find some who argue that trophies enhance the gaming experience massively. They will go on to explain that trophies give a sense of achievement and pride that simply completing the game doesn’t compare to. Achieving a coveted ‘Platinum’ trophy, for completing all trophies in a game, bookends the journey and brings closure to the experience. This allows you to move on to the next game, knowing you left no stone unturned. You uncovered everything the game had to offer.

On the other hand, some gamers will say that trophies and achievements ruin the experience. A gamer’s time is precious. Unless you are rich or have no responsibilities, you only have limited time to spend playing video games. Using this time to grind for trophies, especially when some of them can sap all of your time and energy, can be incredibly counterproductive. It limits the number of games you will actually get to play. More worryingly though, it can become an unhealthy obsession.

There are even some games out there that are purely known for being ‘An easy platinum’. Games such as My Name is Mayo were seemingly created purely to allow less skilled gamers to achieve this feat. How else can you explain a game where the objective is to tap a jar of Mayo literally thousands of times with a floating finger? 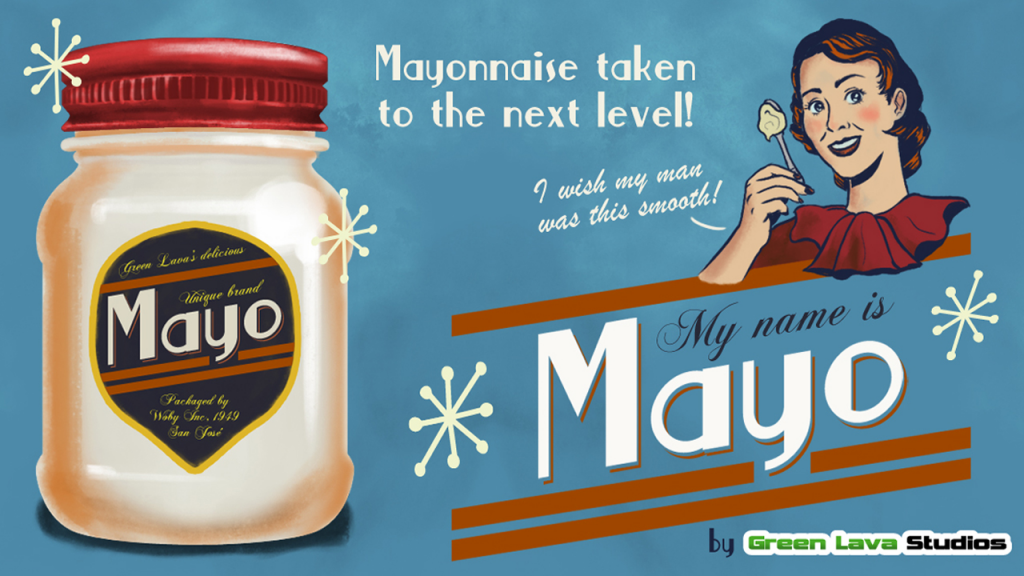 I managed to catch up with some hardcore trophy hunters in the community to find out exactly what drives them to maintain such discipline and commitment when hunting for that next trophy:

I love collecting things. From Pokemon cards, to Pop Vinyls, I’ve been collecting my whole life! So when trophies came out it just seemed natural that i start to collect them too. I love the sense of achievement getting a Platinum provides. I understand i’d get through more games if I didn’t trophy hunt, but for me, gaming is about quality not quantity.

Now with a family, i have even less time before, but that won’t stop me. With whatever gaming time I get, I will always hunt trophies one way or another!

I’ve been playing games since the Atari 2600. I am currently ranked 120th in the entire USA according to psnprofiles.com. As soon as Xbox released the Achievements system I loved it. Then when trophies came to PS3, I was hooked. The trophies were a perfect way for me to show I had mastered everything a game has to offer.

Once I discovered ranking sites, things escalated pretty quicky. I’m really competitive, so seeing my World and U.S. rank increase was very addictive. I started playing some really bad games, just to get easy Platinums. It started out with me playing one or two easy/ rubbish games for every one great game. But quickly it became twenty easy/ rubbish games for every one great game. I realised I had built up a huge backlog of games that i wanted to play, but couldn’t get to because of all the poor quality games I was playing. I felt embarassed when i looked at my trophy list.

Thats why I’ve made it my goal in 2022 to play more AAA games. To get back to enjoying the games I play, rather than searching for another $0.49 two minute game to add to my Platinum count. At some point you’ve got to ask yourself, am I really having fun doing this?

I’ve been trophy hunting since 2010, but i’ve always been a completionist even going back to the N64 days. I love trophy hunting for a few different reasons. I feel doing it means you get more value out of a game than if you were to just complete it and move on. I love the competitive leaderboard aspect of it. The community is great, and I’ve met loads of friends along the way.

It encourages me to play different games (or different parts of games) that I never wouldve played usually. You just have to be careful not to chase the leaderboards too hard, it can suck the fun out of it. I found myself going down that road a few years ago, so I took a break from it.

Recently, I’ve started the grind up again, with a focus on balance between easy and fun games. It adds an extra element of fun to gaming for me, but the beauty of it is, for those that don’t enjoy it, nothing forces them to do it if they don’t want to. They can just play through games normally. 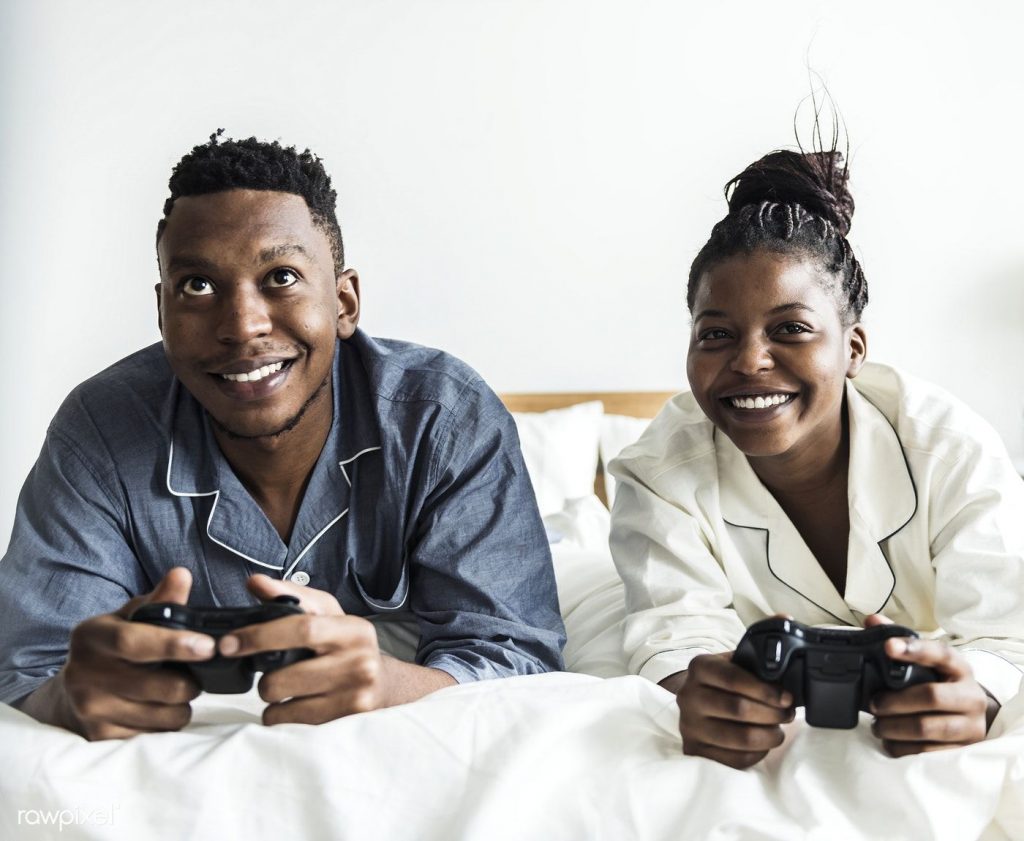 Whatever your thoughts on trophy hunting are, one thing is for sure, it’s not going away anytime soon. As you can see above, the overarching theme seems to be that trophy hunting is a great way to enhance your gaming experience. As long as you are doing it for the right reasons, and you don’t lose sight of the main goal, which is to have fun!

After all, isn’t that why we play video games?

Big thanks to @captaintrophyhunter, @howdy_gaming, and @devilsfanj_trophy_hunter for their time- be sure to follow them on Instagram for more information on their trophy collections!