You are reading
Mina The Hollower Revealed By Yacht Club Games

After last week’s announcement that Yacht Club Games had a “groundbreaking” reveal scheduled, the Shovel Knight developers have uncloaked their latest project. A self-proclaimed “bone-chilling” adventure, with immediately-apparent inspiration from The Legend of Zelda, titled Mina The Hollower.

The reveal trailer shows the titular character, Mina, exploring a plethora of environments, toting a medieval flail, a series of throwable sidearms, and a handful of trinkets. While also showcasing some intriguing burrowing abilities to dig underground and avoid attacks.

Mina’s gameplay sticks to its retro inspirations using the tried-and-true directional pad and A and B button control scheme. Assigned to Attack, the A button will have Mina swing her flail in a whip-like fashion. Mina does have to ready this attack, so keep a wide berth from your enemies before attacking.

The B button will have Mina Jump and Burrow. Pressing B will have Mina jump, but she’ll burrow into the ground when she lands if you hold B. Mina’s burrowing allows her to move more quickly than walking and also provides an opportunity to avoid taking damage. But she can’t remain underground forever and must resurface.

Mina also has a couple of sidearms at her disposal. However, they are temporary items, and she may only have one equipped at a time, so the player must make choices. The versatility of Mina’s sidearm arsenal will complement her primary abilities, so experimentation should allow for different playstyles.

The Volt Hatchet is a high-arching battle-ax that creates a shock wave area-of-effect blast to damage clustered enemies. The Gyro Dagger functions like a boomerang and, while spinning, can damage foes multiple times before returning to Mina.

In addition to sidearms, Mina can also equip herself with a couple of life-saving Trinkets. The Ferrying Wisp can carry Mina over perilous pits. Her spider companion can weave webs that allow Mina to cross gigantic gaps. Swapping Trinkets is always an option as they are permanent items.

Mina The Hollower features an experience point and level-up system in a Yacht Club game for the first time. Mina earns Bones by defeating enemies and finding chests throughout the world. Bones are Mina’s experience points, as well the world’s currency. Yacht Club hints at a way to lose your Bones but says they will detail those mechanics in a future update.

Yacht Club’s 8-bit art style is on full display with an ominous tone to the game’s gothic, Castlevania-like setting. Not to mention, the retro-inspired soundtrack is *chef’s kiss*.

Yacht Club continues to put a modern polish on retro aesthetics. This time around, the studio has emphasized the stylings of portable gaming, considering Mina The Hollower a “next-gen Game Boy Color game.”

Mina The Hollower features a 256×144 resolution, essentially a widescreen version of the Game Boy’s 160×144 screen resolution. Yacht Club describes this small resolution as giving “a close-up view at the expense of screen real estate.” They continue by adding, “Each pixel is very impactful!” Sprites may only use 4-colors per 8×8 pixel, including black and transparency, to meet the Game Boy Color’s palette restrictions.

No 3D effects, scaling, nor will the game use rotation of the camera to bring Mina’s world to life. Only a “lifetime’s worth of 2D wizardry knowhow,” which is quite exciting, if I say so myself.

Jake Kaufman returns to score the game and uses an MSX home computer with a Konami SCC expansion to create the rich, atmospheric soundtrack. 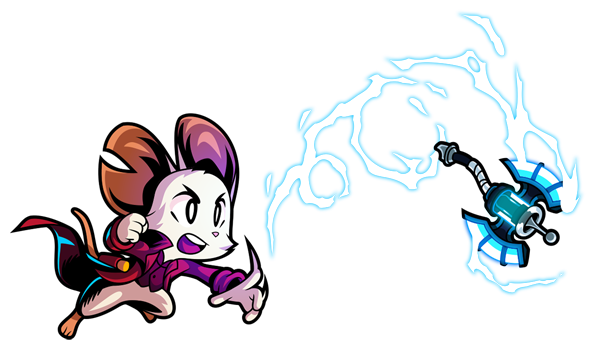 Yacht Club is providing an opportunity for community-driven collaboration and funding via the game’s Kickstarter. However, the studio has chiefly bankrolled the game that is well underway.

When writing this article, Mina The Hollower’s Kickstarter goal of $311,503.00 has been fully funded and expanded into stretch goals. If you’re interested in getting involved in the collaboration, you can do so at MinaTheHollower.com.

There’s been no mention of a release date. However, the Kickstarter shows Yacht Club has aspirations to bring Mina The Hollower to Nintendo Switch, PlayStation, and Xbox consoles.

Disclaimer: Platforms are not final and are subject to change.

The official description for Mina The Hollower reads as follows:

“Descend into a frightful world of action-adventure in Mina The Hollower. Take control of Mina, a renowned Hollower hurtled into a desperate mission to rescue a cursed island. Burrow beneath hazards and monsters, whip foes into oblivion, and gear up with an arsenal of sidearms and trinkets.

Explore a vast world filled with pixel-perfect graphics, masterful gameplay, beastly bosses, and infectious music. Encounter a cast of bizarre characters, search out secrets in an array of exotic locales, and illuminate the omnipresent darkness in Mina The Hollower, a brand new game from the developers who brought you Shovel Knight! 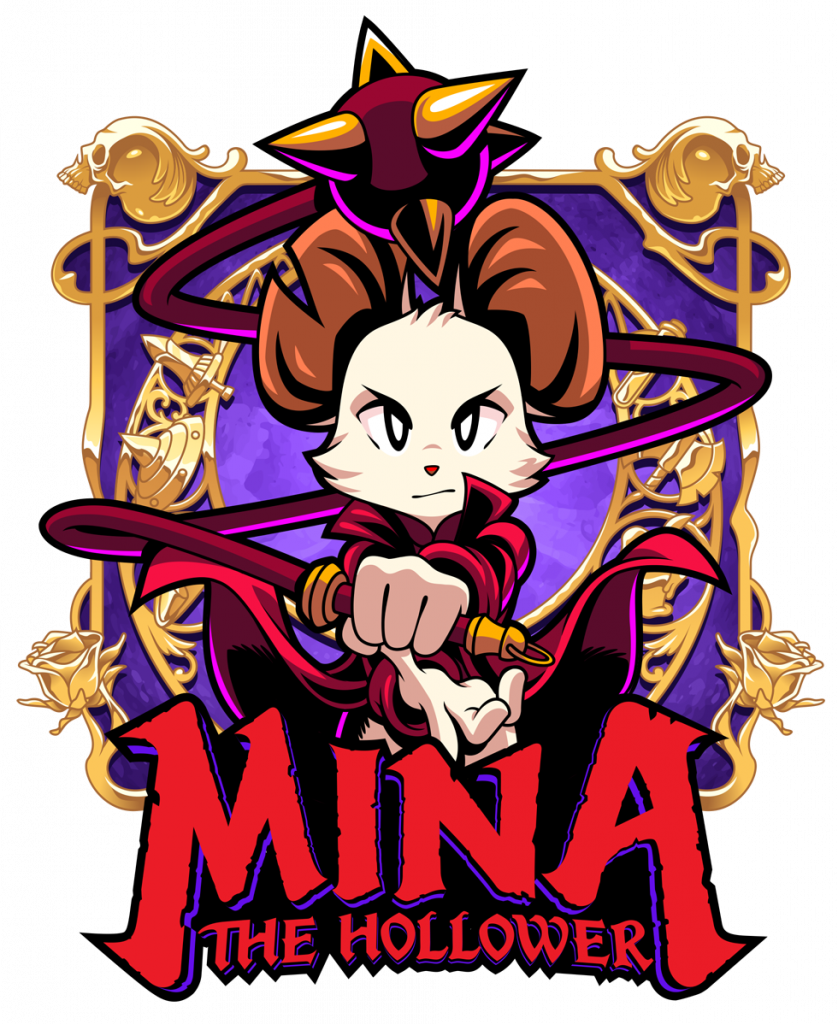