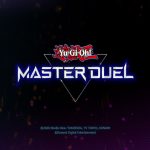 You are reading
Master Duel: A Great Way to Play Yu-Gi-Oh!

Recently, fans in the trading card game space have been clamoring about the release of Yu-Gi-Oh Master Duel. While the general consensus is mostly positive, there have been a few naysayers out there. As of writing, the game reached 4 million downloads. So, today we are gonna talk a little bit about YuGiOh Master Duel.

YuGiOh Master Duel has finally released to the excitement of many people. Players can experience it on multiple platforms with great ease.  Even new or returning players could feel comfortable jumping back into the game. A Konami-made game, Master Duel has a decent amount of improvements over its competing counterpart such as MTG Arena. While many people aren’t big fans of Konami it seems they have put in some work to this to get crisp animations that feel lively and vibrant. 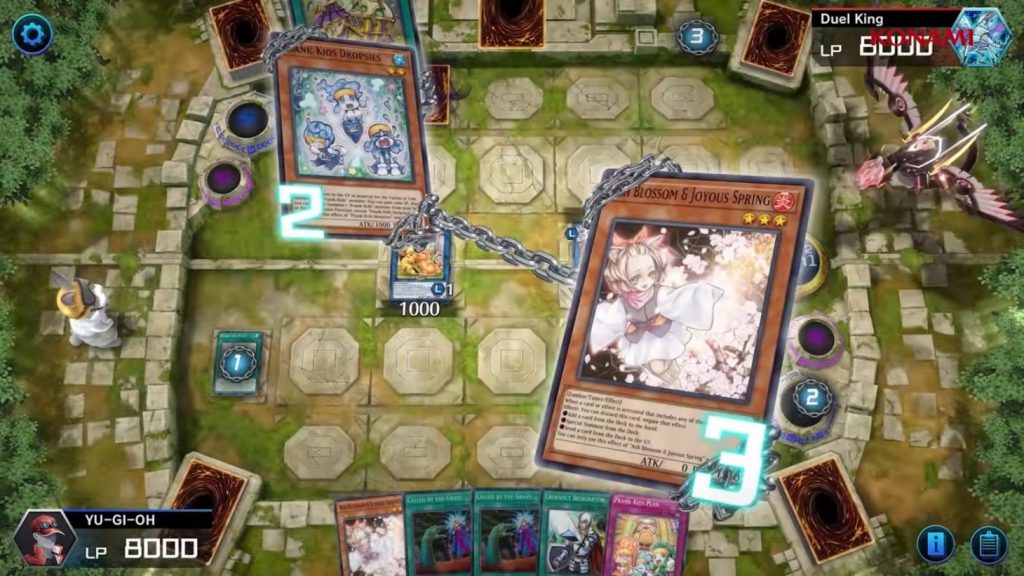 When it comes to the great gameplay of Master Duel there are a few things to note here. There is training and multiple story modes. Each of these modes allows players to easily attain gems in order to get card packs and learn a short story about that particular deck archetype. You get the chance to play through multiple stories learning how each archetype functions which also nets you rewards like gems. Rewards can consist of avatars, pictures, gems, and even an actual pre-made deck. So, Master Duel is definitely free-to-play friendly.

The game does have a ladder ranking system. This system rewards players for playing on through the missions they have and also the Duel Pass. The missions have daily logins, watching a duel through their duel live, and other activities including lifetime missions which are accruing a number of things over time. The Duel Pass can be acquired in the shop for the “Gold” status which allows for more rewards along with other bundles, decks, and packs that could prove useful. Master Duel is generous about giving you different ways to continually earn gems to get everything you need. So you don’t have to spend any money if you don’t want to. Although be prepared to be Ash Blossomed while playing though. 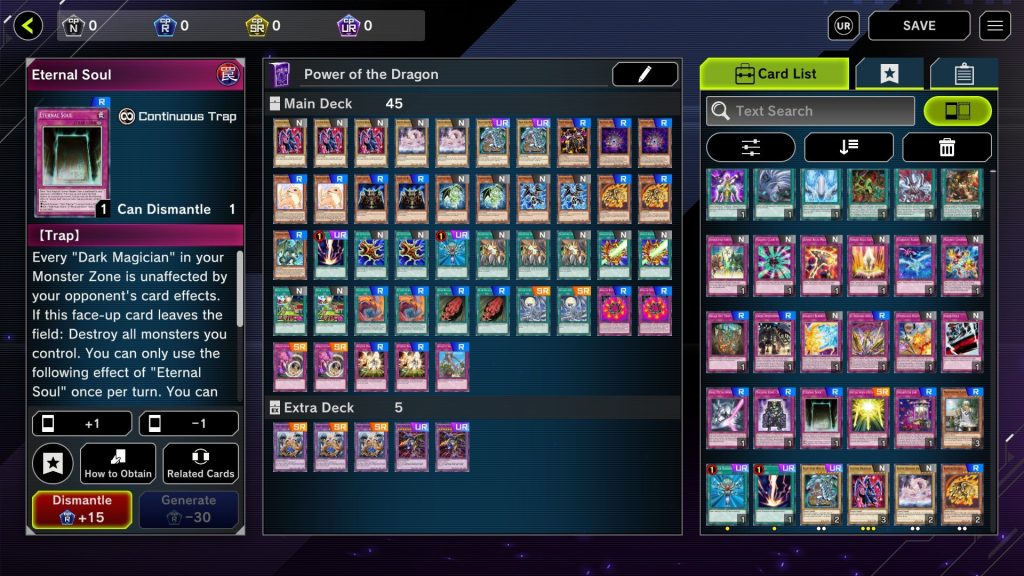 When it comes to deck building, Master Duel has its own Banned and Restricted list which resembles the Yu-Gi-Oh Original Card Game. There has been some back and forth on if this is a good thing, but many people have enjoyed it. When you start playing the game, you get to choose between one of three decks that aren’t terrible. But at some point, you will want to improve it or build a new one. This is where Master Duel’s crafting system comes in.

When building a deck you can scroll through and add all the cards to the decklist that you want even if you don’t have the cards. Then you can go through and look at the cards you don’t have and see how to obtain them or if you want to just craft them. In order to create a card in Master Duel, it costs 30 points of whatever rarity of card you need. If you wanna craft an Ultra Rare, it’s 30 UR points and so on. When you don’t need or want a card though you can break it down and get points back.

In Master Duel, if you want or need some UR’s break down old ones which give you 10 UR points per card. This works for all the rarities when crafting and breaking down, to help everyone get those staples you might need. This is a big shift from the predatory economy of MTG Arena which has no breakdown system for cards you don’t use and more to help get stuff you need.

As of now, I still have not had a chance to play with any friends 1v1. So you can add your friends on Master Duel and see who is the best duelist. There have been few complaints about the ranking system and higher rank rewards, but Konami has responded and is providing announcements and updates for the game. I believe Master Duel will have some legs and might take over the digital Trading Card Game space. At one point there were thousands of people watching Master Duel on Twitch.

I might not be the most experienced Yu-Gi-Oh player as I took a very long hiatus, but this game has promise. There is plenty of top-tier Yu-Gi-Oh players and personalities out there. They can provide even further insight such as TrifGaming, TeamSamuraiX1, MBT, Cimooooo, Farfa, Team APS, and many others. These are some of the best and most entertaining people I’ve seen. If Konami will continually support Master Duel we could even see this game used in the competitive space down the line. If you want to experience Master Duel for yourself you can play it on all consoles including the PS5 and Xbox Series consoles as well as Android and IOS.