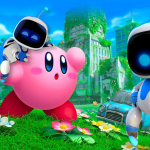 You are reading
Could Astro be PlayStation’s Kirby?

I recently played Kirby and The Forgotten Land and thought about how unique Kirby is as a character. He’s colorful and endearing. His copy abilities elevate gameplay sequences, and he has an incredible range that spans many genres. This led me to consider whether Nintendo’s competition had a character that was similar to the pink puff. Xbox… Who am I kidding (mouthful mode/Forza car joke)? PlayStation… Well, they have Sackboy. But despite people enjoying Sackboy: A Big Adventure, I think his best days are behind him. Then it dawned on me: what about Astro?

Astro has a silent, but charming charisma. He can transform to traverse his environment. Also, he has genre flexibility and already has a presence in the burgeoning technology that is virtual reality. Today, I want to take a look at Astro with one question in mind: Could he be PlayStation’s Kirby?

Kirby games have such a welcoming tone. I think that’s due to the fun music, the positive atmosphere, and let’s be honest; Kirby is charming and cute as hell. HAL Laboratory translated this spirit perfectly to a 3D space in Kirby and The Forgotten Land. But doing so reminded me of another game. Halfway through my playthrough, memories of playing Astro’s Playroom hit me like a ton of bricks.

Now I know Astro is a hard metal robot, but he’s a charming hard metal robot. Everything from his emotive LED face, to his killer dance moves, and endearing idle animations have a lovely appeal. Exploring Astro’s Playroom and stopping to interact with the environment constantly highlights this adorable character’s sensibilities. Even if he’s punching everything to get a reaction.

Speaking of which, the joyful ambiance and cheerful mood that the environments and nonplayable characters evoke is contagious. It makes you want to stop and smell the roses. I meticulously combed through the levels looking for collectibles and opportunities to interact with the world and its inhabitants. Just like I did while playing Kirby and The Forgotten Land.

The upbeat music and adorable audio playing throughout the experience enhances the already uplifting spirit. Whether it was the cute tinks of Astro’s metal feet on the ground or the sanguine soundtrack; I couldn’t help but be in a good mood. It’s kind of like wearing a cape. It’s practically impossible to be unhappy while wearing a cape. Do you know who wears a cape? Astro. Astro wears a cape.

If Team Asobi continues evoking this endearing element in Astro’s games, I think Astro could become a household name. Especially when you consider the growing popularity of virtual reality. Astro and his exuberance could be synonymous with virtual reality, at least in the console gaming space. But I noticed more similarities than just Astro’s bubbly personality. 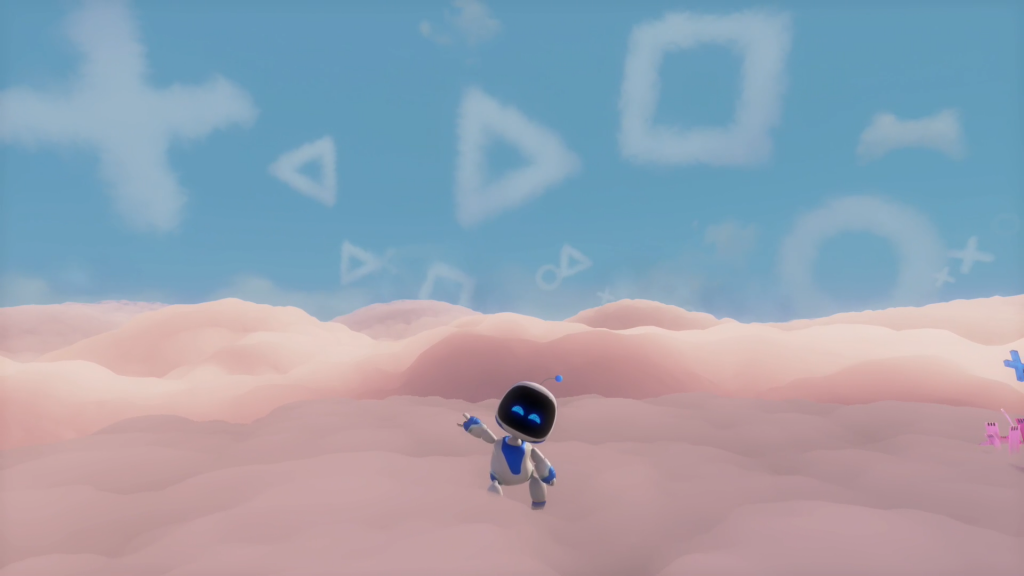 Kirby has always been able to inhale enemies and copy their abilities, but that’s more for general combat. I’ll play Devil’s Advocate for a moment to highlight that Astro doesn’t have anything like this. He can utilize a bow and arrows, a pop gun, and other weapons found in the environment. But he doesn’t absorb his foes to gain their powers like some sort of Eldritch abomination.

What Astro can do is find mech-like suits. These allow him to navigate parts of the environment that he otherwise wouldn’t be able to. If you’ve played Kirby and The Forgotten Land, you know where I’m going with this. Thanks to Mouthful Mode, Kirby can now inhale objects like cars, rings, and archways to transform and enhance his movement. This allows Kirby to soar over gaps, sail over water, and glide through canyons.

Astro can jump into spring suits to clear gaps. Monkey suits to climb cliff sides and rocket suits to propel his way through perilous corridors. I don’t want to fire shots at HAL Laboratory, but when you consider the order of the releases, some… inspiration may have occurred. Think of what Team Asobi could do to the combat in Astro games with a little inspiration of their own. Modifying Astro with electric abilities, laser abilities, pop gun abilities, etc. would elevate the combat.

That may seem like an insignificant comparison. But for Kirby and The Forgotten Land, this is the gameplay mechanic HAL Laboratory went with to elevate traversal. People love it so much that I would bet the house that they return to the well in a sequel. All Astro would have to do to remind everyone who did it first is expand upon the idea. Maybe implement it in an even more charming way.

However, there aren’t only tonal and gameplay resemblances between these two characters and their games. Kirby and Astro also share genre flexibility that is unique to their respective consoles. 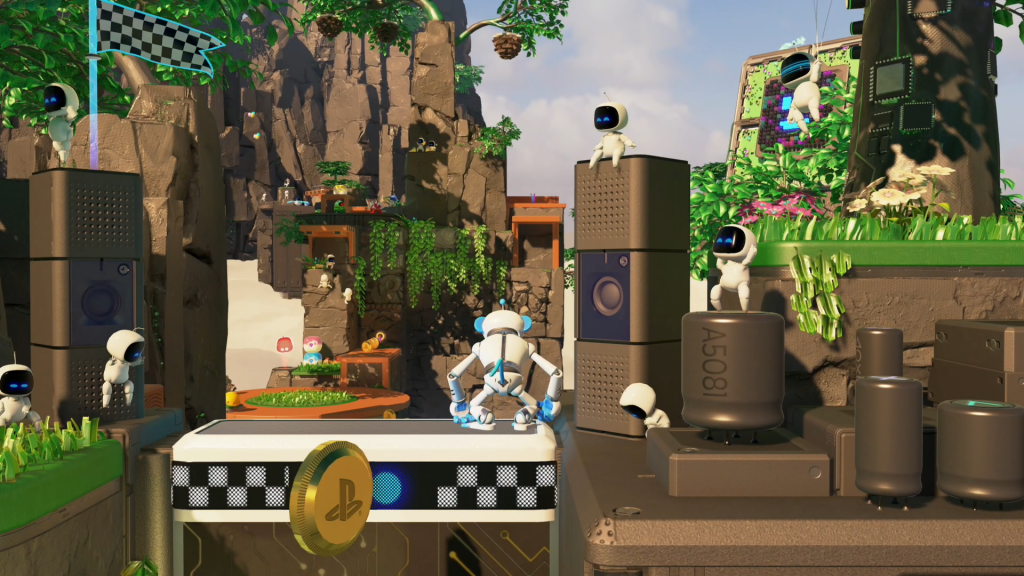 Kirby has been in games spanning myriad genres, from action-platformers to pinball games, and even fighting games. HAL Laboratory has even experimented with the franchise to take advantage of new technologies. They released Kirby’s Toy Box for the Super Famicom Satellaview in 1996, which allowed players to play satellite broadcasted mini-games. As well as Kirby: Canvas Curse for the Nintendo DS in 2005, which required the use of the new touch screen.

Astro is just getting started but has already made the leap from augmented reality with 2013’s The Playroom, to virtual reality with 2018’s Astro Bot Rescue Mission. Most recently, he was the PlayStation 5’s pack-in game in the 3D platformer, Astro’s Playroom. However, I think he is capable of more. If Sony were to continue establishing Astro’s presence in virtual reality, while also expanding into other genres; Astro could become a mainstay. Especially with children.

I look at Kirby and The Forgotten Land and don’t see why expanding Astro’s Playroom to something of the same scale isn’t an option. Something like an Astro’s Playground, or something to that effect. When you look Sackboy: A Big Adventure, I don’t think a ten-to-twelve hour Astro game is outside the realm of possibility.

Recently, Kirby and The Forgotten Land’s Game Director, Shinya Kumazaki, stated that he believes Kirby still has “unlimited potential”. I too believe that, but I also believe that that potential extends to Team Asobi’s Astro. But we’ll just have to wait and see. 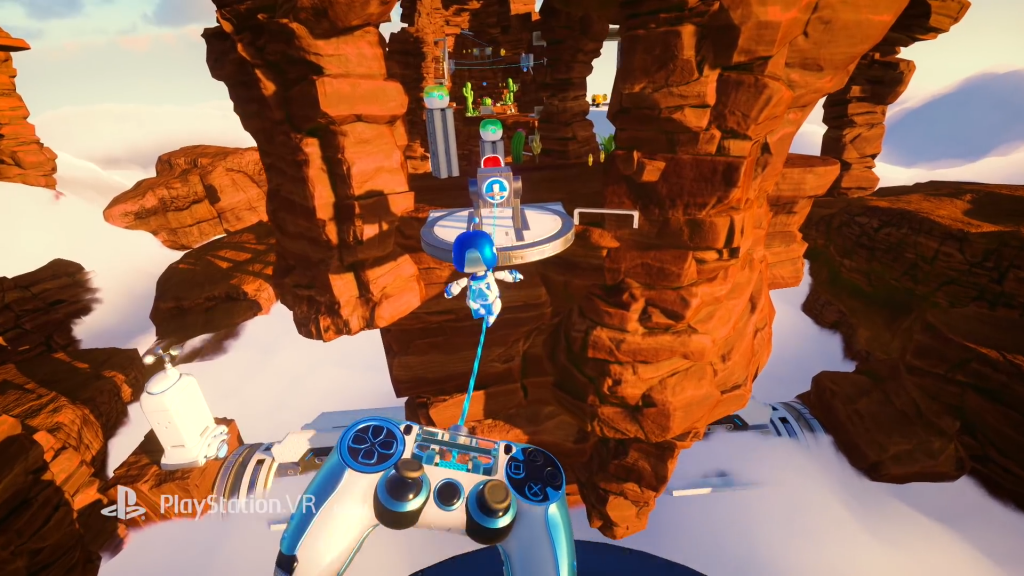 I revisited Astro’s Playroom right after finishing Kirby and The Forgotten Land. The similarities between these two characters, and those two games, in particular, are kind of amazing. I believe PlayStation could have a new mascot on their hands if handled properly. One that may even stand out amongst their competition. For the time being, Xbox doesn’t have many kid-friendly offerings. But Nintendo, that’s their bread and butter. PlayStation always has Ratchet & Clank to dust off, but Astro could be the mascot for a new generation.

Honestly, I enjoyed my time playing Kirby’s latest outing, and I think it’s a good game. I also know that I’m not alone in thinking that. But it felt more like a $40 game to me rather than a $60 game. Its story lacks depth and despite being charming, it’s not a very long game. Kirby and The Forgotten Land just didn’t feel like a AAA game. I don’t think that takes away from the experience as a whole. But I look back at the quality of Ember Lab’s Kena: Bridge of Spirits and think, “an indie studio made that.” Then I look back at Kirby and The Forgotten Land with some side-eye.

Astro’s Playroom is more technically impressive than Kirby and The Forgotten Land, from a graphical and performance standpoint. Not to mention, PlayStation essentially gave it away for free. The tone of the game and level structure is so similar to Kirby and The Forgotten Land. I can’t help but wonder: What if Team Asobi expanded the Astro’s Playroom experience into a ten-twelve hour game and only cost $40? That would be a no-brainer, in my opinion.

Insomniac already proved it possible with Ratchet & Clank (2016), paving the way for Team Asobi. Maybe PlayStation has Team Asobi toiling away in the shadows. I think that would be a fantastic idea, but what do I know? I’m just a humble fan with an opinion. What do you think? Does Astro have what it takes to fill a Kirby-sized hole for PlayStation? Let me know in the comments below! 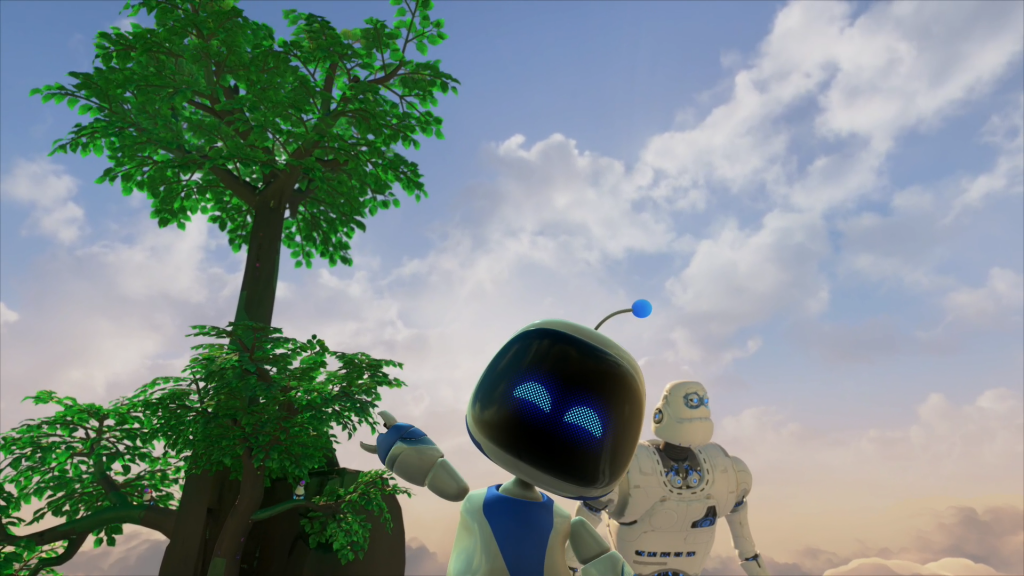