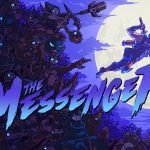 You are reading
PlayStation Plus Must Play Titles

The new PlayStation Plus revamp has been out for a few weeks now, with new subscription tiers to go around. The “Essential” Tier gets you the basic benefits of monthly free games, discounts, and cloud saves. Next, the “Extra” tier allows access to a whole catalog of PS4 and PS5 games. Finally, the highest tier, “Premium,” includes a catalog of classic games (PS1, PS2, and PSP), game trials, and PS3-streamed titles.

Well, if you feel major choice paralysis, we don’t blame you. There are nearly 500 games to choose from between these tiers. Thankfully, Lords of Gaming has you covered. Here are our suggestions on some great games across each tier you can start with. 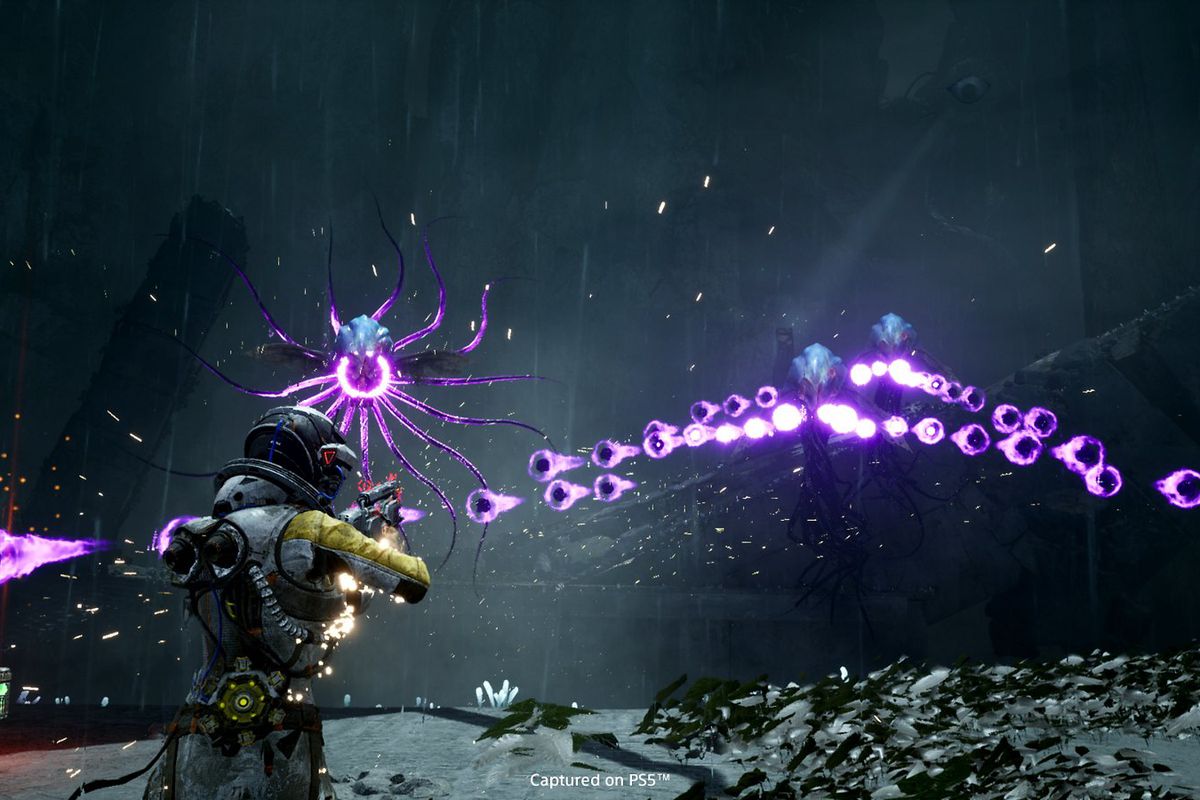 From PlayStation’s newly-owned first-party developer, Housemarque, comes the roguelike, third-person action shooter, Returnal. Released on April 30th, 2021, this is surely one of PS5’s best games. Although quite challenging, Returnal has some of the tightest gameplay mechanics and the best implementation of the Dualsense controller’s haptics and adaptive triggers. Its sound design, music, shooting mechanics, and setting make for an endlessly addictive experience. Just prepare for many deaths. 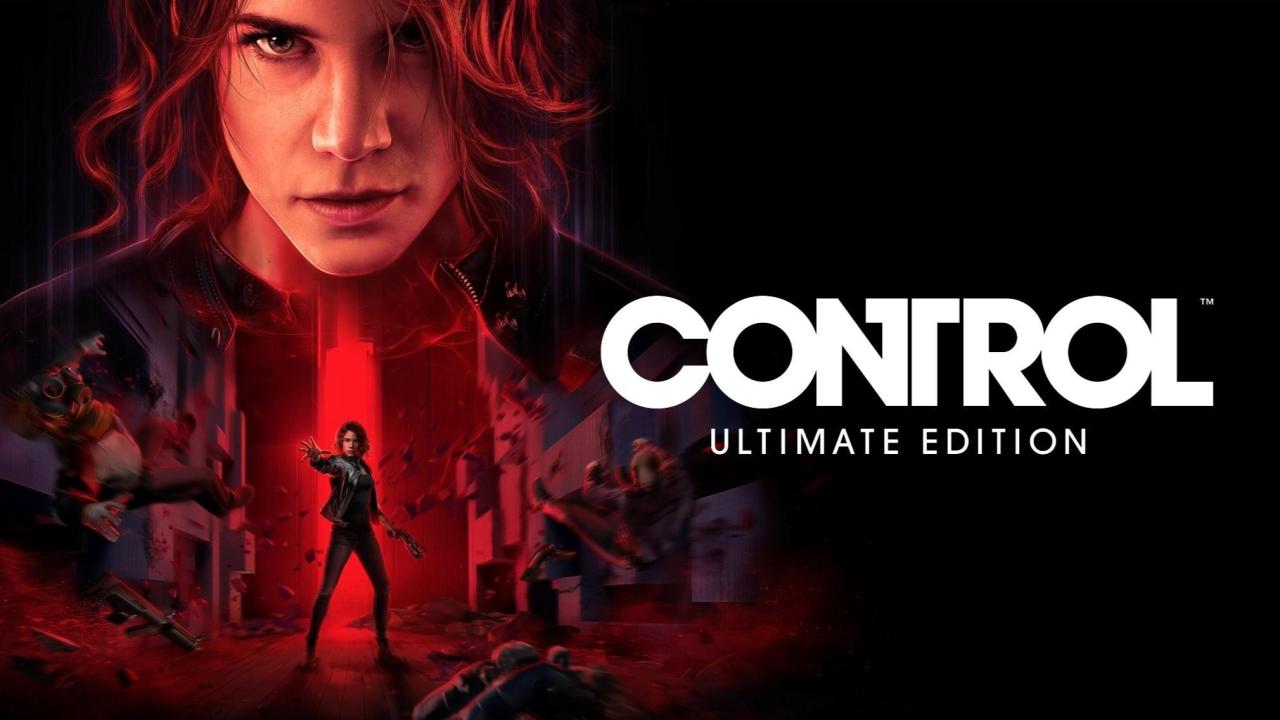 Remedy Entertainment brought us one of the most bizarre narrative experiences when Control was released back in April of 2019. Control is a third-person narrative-driven shooter full of mystery, secrets, and wacky story-telling. Its mechanically-sound gameplay handles with ease and has the best use of telekinesis in any game to date.

Also, the downright eeriness and endlessly entertaining story are enhanced by the blend of live-action elements and in-game cinematics. This is a game you won’t want to miss, which we named one of 2019’s best games. 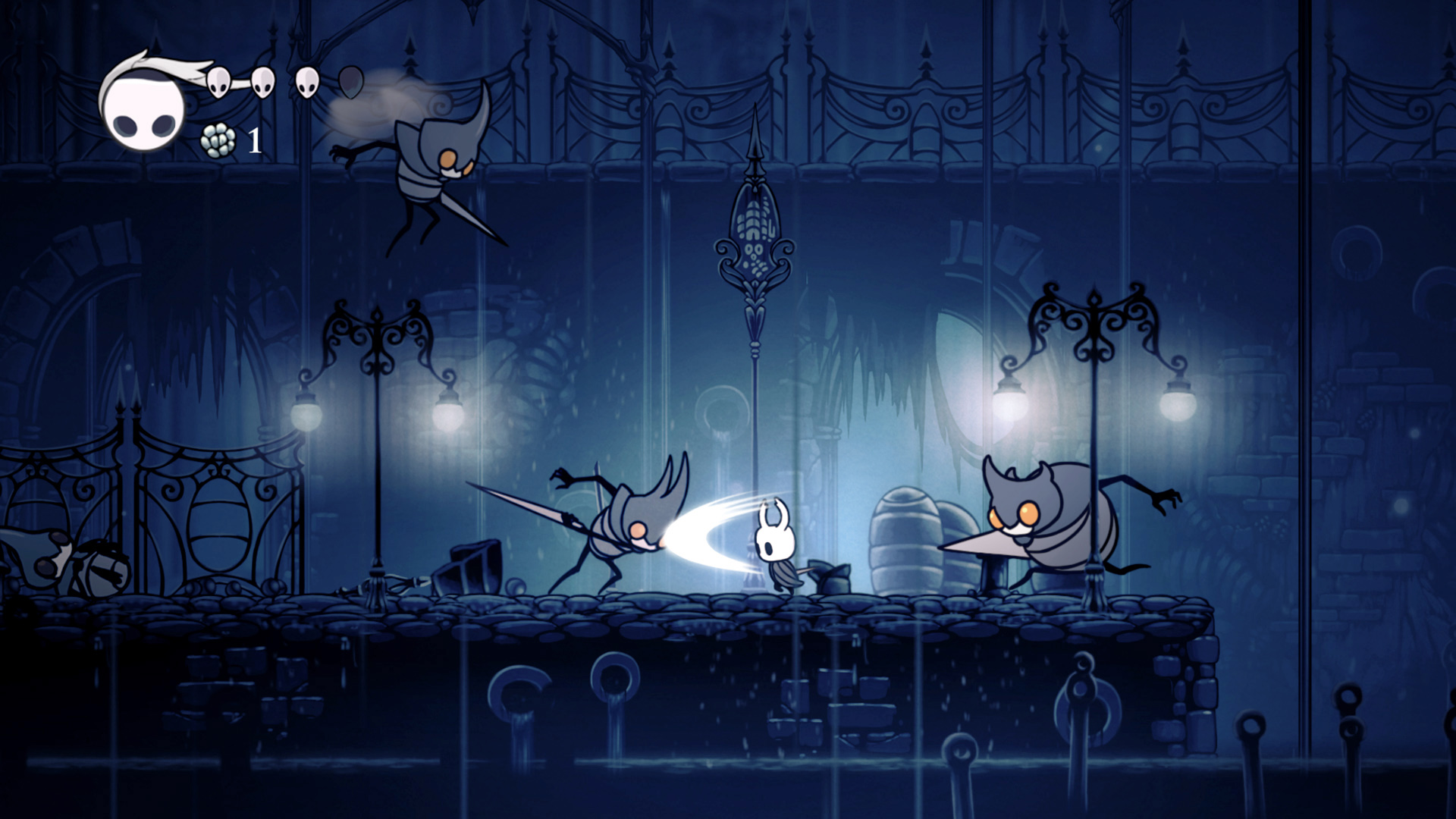 Hollow Knight is one of this last generation’s very best Metroidvania-style side scrollers. Developed by Team Cherry and released on PS4 in 2018, it delivers in every way.  Its wonderful music, gorgeous art direction, tight gameplay, and the well-told story speaks for themselves. If you are craving a tough platformer with incredibly high production value, then this game is it. 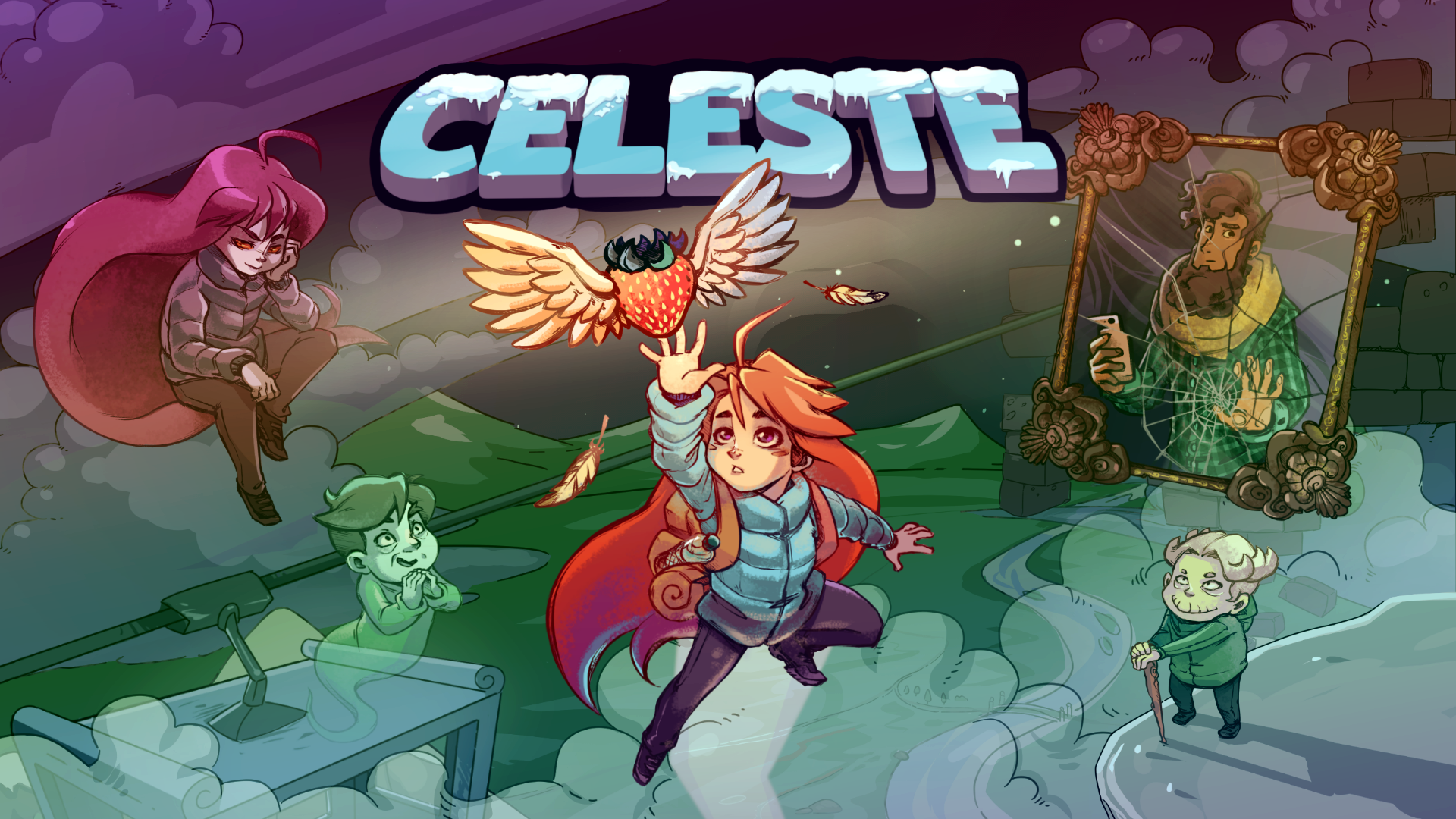 Celeste is an ode to old-school, 8-bit platformers on the NES. Developed by Extremely OK Games and released in January of 2018, this game is anything but extremely ok. In fact, it’s an exceptional 2D, side-scrolling platformer with a kick-ass soundtrack, addictive gameplay mechanics, and wonderful pixel art. It also has a surprisingly compelling story with relatable characters. Your adventure to the top of a snowy mountain while collecting strawberries, awaits! 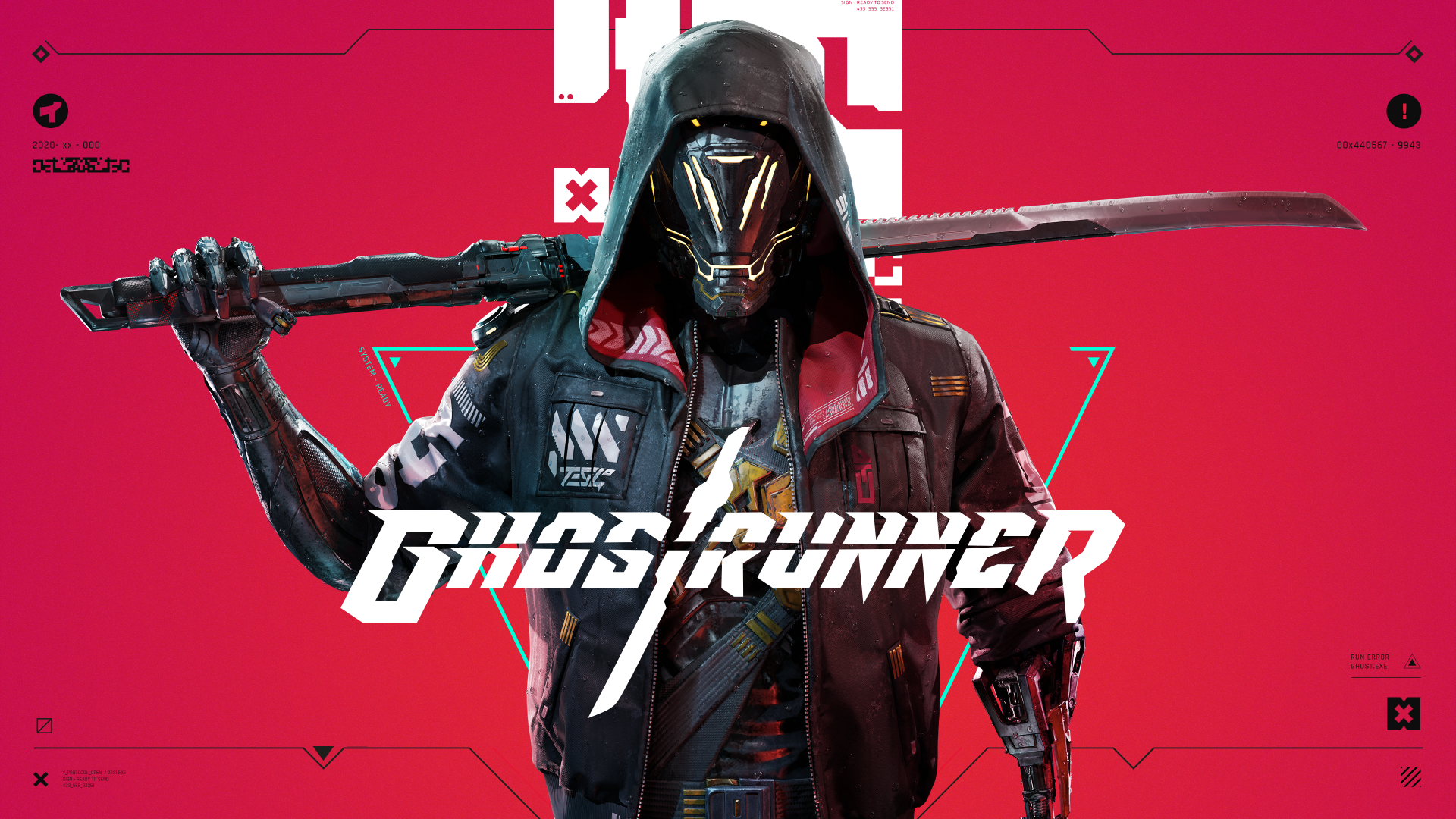 Released in October of 2020 and developed by One More Level and Slipgate Ironworks, Ghostrunner is a cyberpunk, first-person action platformer that is absolutely stellar. While the gameplay is precise and challenging, its style is sleek and fast-paced. This comes with its Titanfall-inspired wall-running and bullet-time dodging mechanics. Jumping off of walls and slashing your foes with a samurai sword as a cyborg has never felt better. At an estimated length of 7-10 hours, this PlayStation Plus offering can be enjoyed and beaten in a day or two. 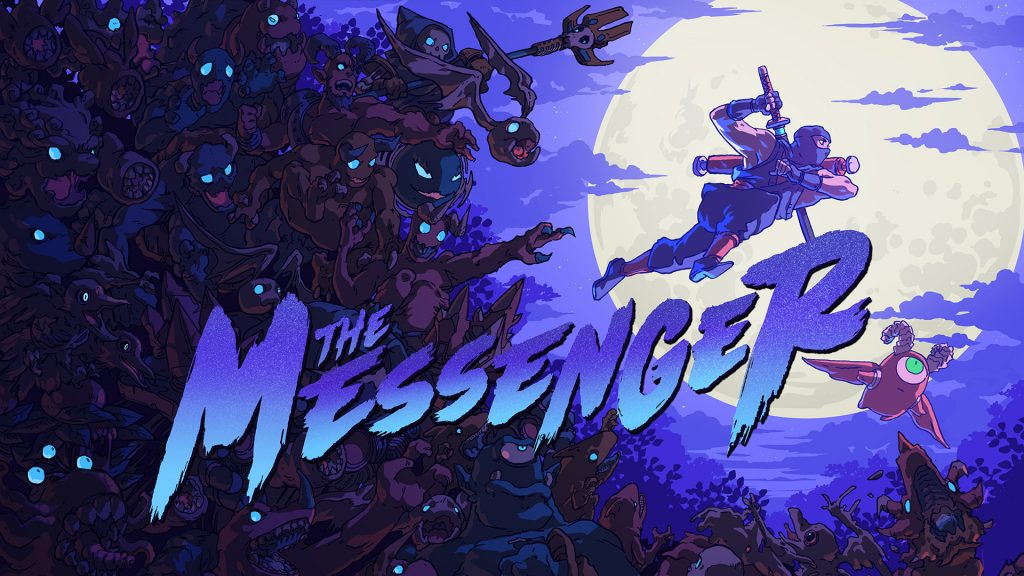 Developed by Sabotage Studio and released for PS4 in March of 2019, The Messenger is a callback to the Ninja Gaiden series that was first released on the NES back in 1988. On top of its beautiful 8-bit and 16-bit pixel art and a mesmerizing soundtrack, The Messenger is an immaculate, 2D side-scrolling action platformer where not a pixel of space is wasted. Its hack-and-slash combat and difficulty are clearly reminiscent of the Ninja Gaiden series, however, it nonetheless shines through as a must-play spiritual successor to the classic series from the 1980s. 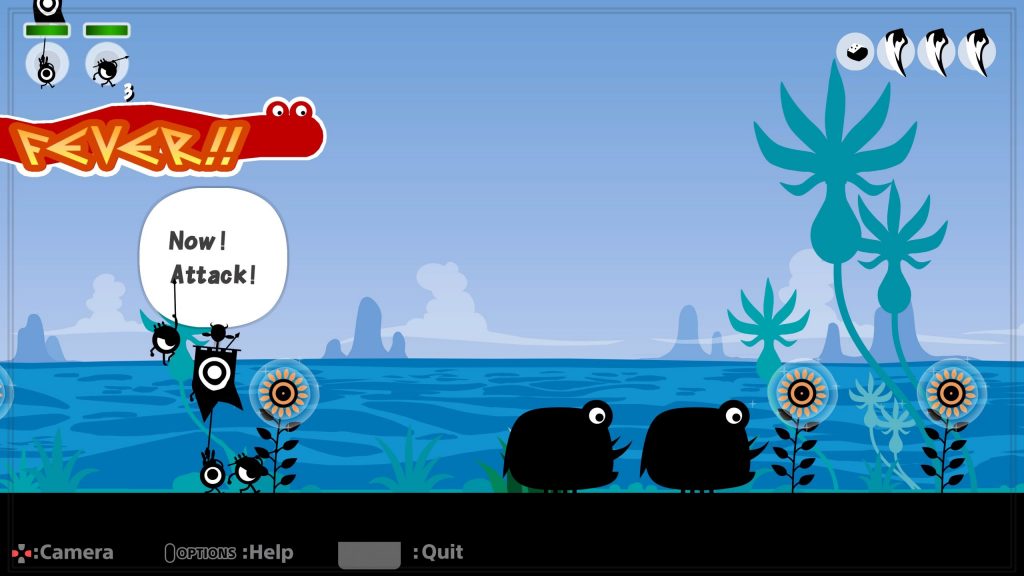 You found out about this game through one of two ways: browsing the Classics catalog on the Premium tier, or Greg Miller. No in-between. Patapon is a rhythm game series about building and commanding a tribe of minute creatures. You control the army through their deity, The Great Patapon.

Technically speaking, Patapon 2 Remastered came out on the PS4, but since the original Patapon 2 launched on the PSP, we’re calling this a PSP game. Either way, if you want a very niche game on PlayStation Plus, Patapon 2 deserves checking out.

Bulletstorm appeals most to the cross-stream of Tony Hawk Pro Skater fans and Gears of War fans.

Developed by People Can Fly (Outriders) and Epic Games, Bulletstorm is a third-person shooter that likes creative killers. You earn points throughout the game as you kill enemies in multiple fashions. Sure you can just shoot your enemies, but People Can Fly wants you to throw in environmental, acrobatic, and other flairs to your kills.

If you played Star Wars Jedi: Fallen Order and wanted a wilder take on using the Force, The Force Unleashed is for you. Where Respawn focused on telling a story about the Jedi and the Light Side of the Force, LucasArts followed the Dark Side. You control Darth Vader’s apprentice as Vader teaches him about the power of the Dark Side.

PlayStation Plus has the “Ultimate Sith Edition” which follows the after results of one possible ending. Regardless of the ending you get, this game is worth checking out if you just want unhinged Star Wars Jedi gameplay.

Gandhi, historically speaking, was a pacificist in life. In Sid Meier’s Civilization series, things…change at the end of the game.

The Civilization series has long stood as the major player in strategy-sim games. Every game lets you control a great civilization from history to grow and develop. Civilization Revolution vastly streamlines the process so that you don’t spend an entire day micromanaging your civilization.

Players who want to play this game with friends also don’t need to worry about waiting for their turn since everyone goes simultaneously. It doesn’t have the complexity and depth that mainline Civilization games have, but it still entertains strategy-sim players.

Sound off in the comments with your picks to play on PlayStation Plus below.

Facebook Twitter Google+ LinkedIn Pinterest Tumblr
Previous article Top Gun: Maverick and Elvis Fight for the Top Spot
Next article The Last of Us Part II - Looking Back On A Masterpiece