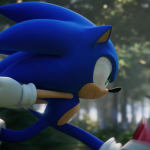 A known insider just posted promotional material suggesting a Sonic Frontiers release date leak. As usual, like anything else on the internet and social media, be sure to take it with a grain of salt.

Known video game insider Nibel was the source of this potential leak. According to the user, Sonic Frontiers is slated to release on November 8, 2022, based on promotional material provided in the tweet. Nibel claimed that the ad was made private. So, take that as you will.

Recently, Sonic Frontiers was met with backlash from fans. The controversy prompted the game’s boss to respond and try to explain the game’s “open zone” design to angry Sonic fans. Despite this, Sonic Frontiers‘ marketing continues to chug on where even its writer chimed in on the game’s story.

Do you think the release date leak is accurate? Let us know your thoughts in the comment section below.