As per Resetera forum member, Mojito, the Ubisoft Store accidentally leaked an image for a subscription based service titled, Ubisoft Pass. The image has since been removed from the site, but prior to the removal, the image apparently detailed a possible multi-tiered approach ranging from a basic to premium tier subscription model. This strategy could prove fruitful for Ubisoft as their back catalog of titles could definitely support a base yearly subscription, while Ubisoft Pass could also serve as a unifying hub for all of its live GaaS titles such as The Division 2, For Honor, Rainbow Six Siege and Ghost Recon. As is customary in the weeks leading up to E3, the existence of this service should be confirmed or debunked sooner rather than later. If true, it will be interesting to see how this service affects Ubisoft’s relationships with Sony, Microsoft, Nintendo and PC storefronts. Additionally, a living platform could also fundamentally alter how they develop and roll out their future online titles. 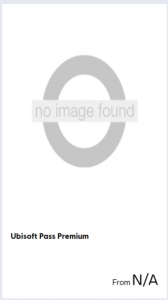