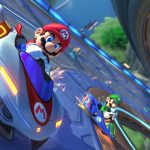 Black Friday is one of the biggest sales boosts we see in the video gaming industry. Software and hardware goes on sale for prices we most likely haven’t seen before. With both PlayStation and Xbox offering massive price cuts on hardware and first-party software. There is no doubt that both companies raked in the money this Black Friday. However, there was one clear cut winner this year in terms of overall hardware demand, and that is the Nintendo Switch. Now to many, this might seem odd as the Nintendo Switch was only dropped to $299. Whereas Xbox One had a $149 all-digital edition console which included Sea of Thieves, Forza Horizon 3 and Minecraft. While PlayStation had a $199 PS4 Slim bundle that included, God of War, Horizon Zero Dawn and The Last of Us Remastered. These are massive steals, but the Nintendo Switch $299 bundle which included Mario Kart 8 managed to pull out the win. In a report by CNN Business, it was revealed that the Nintendo Switch was amongst the top-selling items of Black Friday. This piggybacks on the fact that Nintendo Switch has been dominating the US market as per data provided by NPD for the past months. It will be very interesting to see the full numbers broken down when publishers and NPD release data later this month.

How did Nintendo Switch manage this feat?

Now the question remains, with the big price cuts to both PlayStation 4, and Xbox One how did Nintendo still manage to dominate? The answer is actually quite simple. As this console generation begins to wind down for Xbox and PlayStation. A majority of these platform owners are waiting until next year for Xbox Scarlett and PlayStation 5 consoles. Many of these same consumers are purchasing Nintendo Switch’s to fill in their time till next-generation hardware arrives. The Nintendo Switch continues to be the go-to “secondary” console for many gamers. This trend will look to continue, heading into the Christmas season. With skyrocketing software numbers, as well as hardware. The Nintendo Switch looks near unstoppable.

What do you think of this latest data from Black Friday? Let us know in the comments and don’t forget to check back for the latest gaming news and information.