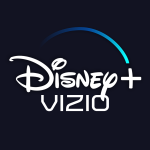 Since the launch of Disney+ on November 12, some customers noticed they couldn’t access the streaming service. If you own a Vizio smart TV, there is no native Disney+ app in the SmartCast platform. Users also reported that they could not even use a Chromecast device to access to Disney+ content.

The only option Vizio customers had was streaming via Airplay2 to get Disney+ content on their TVs. However, if you were an Android user, you were simply out of luck. Many Vizio customers took to social media to voice their frustration.

Angry customers blamed Vizio for the issue. The company announced on November 20 that it’s working on a solution for the Chromecast problem. They promised a software update will be available to Vizio SmartCast TVs in “early December.” However, there was no mention of whether a native Disney+ app would appear on the Vizio SmartCast platform.

Vizio also announced that it was launching its SmartCast 3.5 update. The new version promises to bring faster speed and responsiveness to the platform, according to the company. Some of the notable upgrades include increased speed for input switching, remote control responsiveness, scrolling, and overall app performance.

Unfortunately, Vizio missed the timeline of Thanksgiving weekend. This is a critical period when most Vizio/Disney+ customers would have enjoyed the service they paid for during the holiday.

Faster software and a fix for accessing Disney+ content are welcomed news, especially for many Vizio customers who still can’t watch The Mandalorian, the streaming service’s flagship show. This begs the question of how did this become an issue in the first place.

Companies and consumers alike have known about Disney+ for years. The hype was in full swing for months. Vizio is the second-highest selling TV brand in the U.S., right after Samsung. It’s not clear who deserves the brunt of the blame for the situation. One thing is clear though, if Vizio customers don’t get a fix before the end of the year, it could spell trouble for the company in 2020.