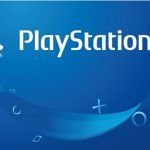 You can find the images below.

Leaks Before a Full Reveal?

The leaked images come right before the beginning of the CES 2020. Sony did tease a look at the future that is supposed to happen during the event. However, it may be prudent to assume that the tease could be a full reveal of Sony’s next-generation console, as there are other factors the company must take into consideration.

The hypothetical console reveal could be drowned out from other news developments from CES and the audience is more tech-centric rather than full-blown gamers like at the 2019 Video Game Awards when Xbox unveiled the Xbox Series X.

Drip-Fed Information on the PlayStation 5

As of now, not much is known about the upcoming PlayStation 5. The console is expected to ship with AMD’s Ryzen line of CPUs. The console’s GPU is expected to be a variant of Radeon’s Navi, which will also support Ray Tracing. Sony previous showcased how it plans to eliminate loading screens.

The hardware analysts over at Digital Foundry suggest that Sony’s upcoming console will be 9.2 Teraflops, while the Xbox Series X will sport 12 Teraflops.

On the software front, information is also sparse. During the VGAs, Godfall was unveiled and announced as a PlayStation 5 and Epic Store exclusive. However, it is still unclear whether the game is a full console exclusive or will eventually make its way to the Xbox Series X. Eitherway, 2020 is already shaping up to be a massive year for gamers and the industry alike.