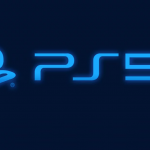 Sony has already confirmed that they are planning to release PlayStation 5 in Holiday 2020. This means it’s going to be released around the November time frame most likely. The official specs and retail price of the next generation Playstation console are still unknown though. However, according to a report by Bloomberg, PlayStation 5’s parts costs might reach $450.

“Scarce components have pushed the manufacturing costs for Sony Corp.’s next PlayStation to around $450 per unit, forcing a difficult price-setting decision in its battle with Microsoft Corp., according to people with knowledge of the matter.”

According to Bloomberg’s sources close to Sony Corp. the parts for Sony’s new console have been pretty much locked down.

“Most of the components for the console have been locked down, the people said, including the cooling system, which is unusually expensive at a few dollars per unit. Typically, companies would spend less than a dollar, but Sony opted to lavish more on making sure heat dissipation from the powerful chips housed inside the console isn’t an issue.”

They also report supply issues for Sony with the Playstation 5. Specifically, they call out ensuring a strong supply of DRAM and NAND memory.

“The company’s biggest headache is ensuring a reliable supply of DRAM and NAND flash memory, with both in high demand as smartphone makers gear up for fifth-generation devices, according to people familiar with Sony’s operations…”