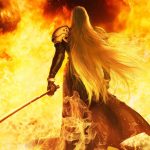 One of the most fascinating aspects of Final Fantasy VII Remake is what we don’t know yet. Square Enix is committed to providing a new experience for old fans while introducing a whole new generation to a beloved title. The anticipated game will not just be a prettier FF7. Instead, SE plans to add new bosses, scenarios, and even characters. Regardless, here are the five moments from the original game the dev team should absolutely include in the FFVII Remake series. Spoilers for those who haven’t played Final Fantasy VII (1997).

5. The Crazy Trip Through Cloud’s Psyche

If the original game and Crisis Core didn’t make it clear enough, Cloud has a broken mind. While it can be initially confusing, this is a big moment for both the spiky-haired hero and the one who helps piece his mind together – Tifa. At the same time, players are learning the answers to Cloud’s… cloudy past that’s filled with mental trauma and anguish. And yet, he prevails. He rises above it all to become the person he was meant to be.

In Remake, we’re seeing the bits of his scattered mind already. Those odd mind-breaks he has that we have seen in trailers already? All of that can lay the foundation for this huge revelation in the story and his character later on.

4. The Slap off Between Tifa and Scarlet

How can you not include this moment? FFVII was phenomenal at including bits of humor at the most unexpected times, and this was one of them. We’re hoping this tone carries over in the remake since it has the potential to feel melodramatic if it takes itself too seriously.

Not only does the destruction of Nibelheim hit home (literally) for Cloud and Tifa, but it tells the critical backstory to the imposing Sephiroth. After learning the secrets of Jenova, his creation, and his supposed purpose, Sephiroth’s quest is clear: vengeance. It’s the fury and deep-rooted hate that sends the once-acclaimed hero into villainy, creating one of the most iconic scenes in video games. 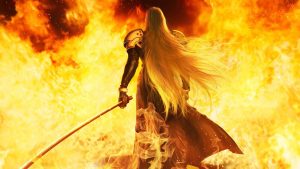 2. The Date at the Gold Saucer

The Gold Saucer and all of its quirks is a spectacle on its own in FF7. So much so that Final Fantasy XIV even has its own version of the amusement park. While the glitz and glamor are all nice, it’s Cloud’s date that steals the show. Based on your dialogue choices beforehand, players will go on a date with Aerith, Tifa, Yuffie or even a bro-date with Barret. 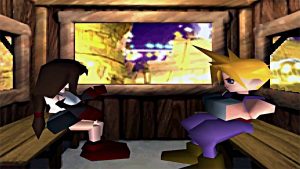 Each date, besides Barret, is just about the same, but what if FFVII Remake made each different based on the character that appears? Rather than having the fantasy stage show sequence for Tifa, Aerith, and Yuffie, make that part specifically for Aerith. We can go Chocobo racing with Tifa, go on a roller coaster ride with Yuffie, or go with Barret to the arcade. That way, each date feels personal to the character and worth a replay. The gondola lift scene should be in the remake regardless of which character you choose.

It’s the moment all fans are dreading and anticipating in FFVII Remake. Aerith’s surprising death shocked all players to the core back in 1997. Square Enix’s commitment to putting more life into our favorite characters in the remake is evident. The remade soundtrack is hitting all of the nostalgia notes as well. So, naturally, it’s going to hurt twice as much seeing this scene play out. 23 years later and this heartbreaking moment still has a strong impact on first time players and veterans alike. After the tears dry, the newfound, hardened resolve to see this story to its end is strong. We don’t just want to save the planet – we need to save the planet. It’s what Aerith would have wanted.