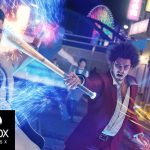 As part of this summer’s IGN Expo, one of the many all-digital E3 replacement events. IGN gave us a walkthrough of the new area in Yakuza: Like A Dragon. This new area is three times as large as the Kamarocho in Yakuza 6. As well as an overview of the new area, we got new details on protagonist Ichiban Kasuga. It was revealed that Ichiban Kasuga is a retro JRPG fan and that plays an influence on how you play the game. Yakuza: Like Dragon will allow players to have a party of up to six members for turn-based combat.

During the interview, the combat was explained in detail as Ryu Ga Gotoku assures that the feel of classic Yakuza is still there. In addition to that, players will be able to choose from a number of real-life jobs. Like A Dragon has a traditional Yakuza storyline. As well as the storyline centered around operating a business. There will be a number of different career paths you can take in the new city of Yokohama, which is based on an industrialized district of the real-life city itself. The team also mentioned, the timeline will be set in the present day. A lot of cool new stuff for fans of the long-running Yakuza to look forward to.