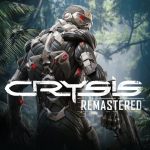 “Can your PC play Crysis?” is a phrase that we might begin to hear again in 2020. When Crytek first announced that Crysis was getting a remaster, there was a massive amount of hype. Crysis for a long time has been the graphical landmark for PC performance and graphics. Now the game will be coming to PlayStation 4, Xbox One, and PC fully remastered. While the Nintendo Switch version of the game released on July 23rd. The other versions had been delayed, to an unannounced time due to polishing the final product. However, today players can rejoice as a new post from developer Crytek has released the final release date for the game.

Today, in an official blog post from Crytek. We learned that Crysis Remastered will be coming to PlayStation 4, Xbox One, and PC (via the Epic Game Store) on September 18th. The game is set to host a variety of features that will once again showcase the beauty of Crysis. From high-quality textures all the way up to 8k, to HDR and light settings. You have never seen Crysis like this before. Perhaps the most shocking news, was that raytracing will be available in Crysis Remastered on Xbox One X and PlayStation 4 Pro. This marks the first and likely only time that a game will have ray tracing on Xbox One X and PlayStation 4 Pro. We won’t have to wait long to get our hands on this remaster,

Will you be checking out the remaster when it launches on September 18th? Let us know in the comments and don’t forget to check back for the latest gaming news and information.