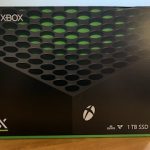 You are reading
Lords of Gaming Xbox Series X Unboxing

2020 has been incredibly out of the ordinary year overall. There is no doubt heading into this year any of us could have predicted the wild roller coaster of events that have transpired in 2020. COVID 19′ has had a strange effect on the video game industry, with many developers and publishers forced into work from situations. The industry continued to grow, especially in the digital market space, where we have seen unprecedented growth this past year. As well as lockdowns in China that threw next-generation Xbox and PlayStation plans up in the air, there was no telling how it would all turn out. But now by the end of this week, we will have both the Xbox Series X & S as well as the PlayStation 5 in our hands.

It speaks volumes about the hard work that the teams at both Xbox and PlayStation have managed to achieve this year. Despite all the wide variety of challenges that have been laid out in front of both companies. They have managed to launch their consoles on time to get them into consumer’s hands leading into the holidays. I was lucky enough to get my hands on the Xbox Series X via a pre-order at my local game shop. So here is a look at all that goes into the Xbox Series X retail units.

The Xbox Series X Is A Big Boy 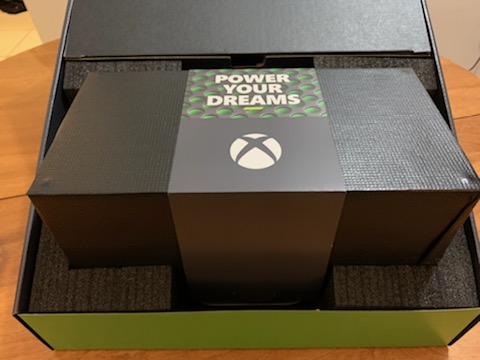 There is no doubt the Xbox Series X is a big console and is accompanied by an equally large box. While the box certainly had some weight to it, it surprised me with how compact that box was. There was certainly no filler when it was packaged, wedged tightly between two dark black holding pieces. Pulling the console out of the packing was, simple and easy. While the protective wrapping that was secured around the Xbox Series X offered a good safety net, preventing the console from any scuffs or marks in the shipping process.

I have to commend the team at Xbox for the overall presentation of the console when your first open the box. While there is no doubt that $499 (or your local equivalent) is a good chunk of money to spend. But Xbox did a fantastic job in packaging and presenting the console in a stylish and premium way.

How Big Is Big?

Many people prior to the launch of the Xbox Series X had concerns about how the console would fit in their entertainment unit. This was certainly a valid concern, depending on your entertainment setup. As with such a high powered electronic device you want to give it plenty of room to breathe. For myself personally, it fits perfectly on my desk, alongside my PlayStation 4 and other PC/recording equipment. It certainly is a much more impressive console when it is standing upright. There is just something, odd-looking about the console when it is laid on its side it kind of drives me crazy. However, that is just a personal qualm that I have with the Xbox Series X, it functions perfectly fine whether it is standing up or laying down. 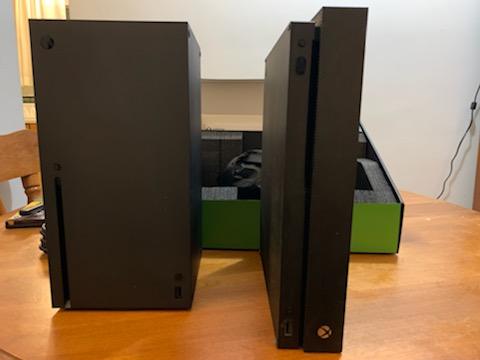 The easiest way to check if the Xbox Series X will fit in your entertainment unit is to use a tape measure of course. However, if you are a much more visual representation type of person you can see a physical height comparison between the Xbox Series X and the Xbox One X. If you have an Xbox One X laying around the house still while you still are trying to track down an Xbox Series X. Then you can quickly find out whether or not the Series X will fit inside your entertainment system.

What About The Controller? 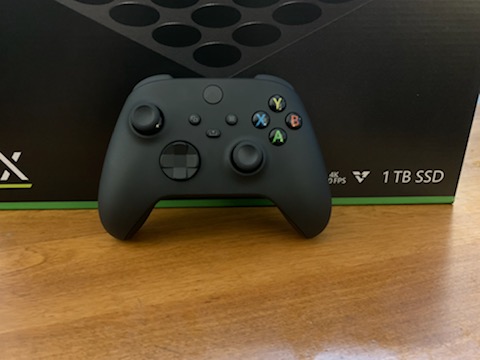 Like every other console before it, the Xbox Series X comes with a next-generation Xbox controller bundled in. While we will have our full review of the controller and of course the Xbox Series X in the coming days. Some immediate first thoughts were some major improvements on the D-pad were instantly noticeable, in a positive way in comparison to my stock Xbox One controller. The addition of the share button brings Xbox up to speed with a feature that both PlayStation and Nintendo have been doing these past few years. The joysticks feel very snappy and responsive with my handful of hours with the controller so far. 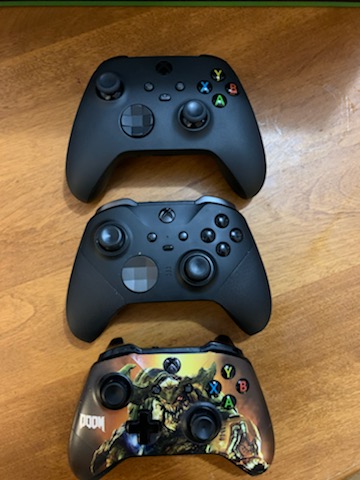 When Its All Said And Done

The Xbox Series X to unpackaged felt like a true step up in terms of how the console was presented. While that doesn’t affect your player experience or long term happiness. It felt exciting to open it and begin my journey into the next generation of games. Spanning for generations of Xbox, from the original Xbox all the way into the future, the Xbox Series X stands like a monolith to the dedication that Microsoft has put into the Xbox brand. Be sure to check back in the coming days for our official review on the Xbox Series X and its peripherals.