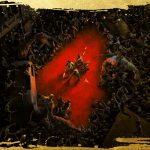 COVID-19’s effect on the gaming industry continues. Turtle Rock Studios delayed Back 4 Blood to October 12, 2021, per an announcement from the studio.

The statement reads: “Turtle Rock Studios is working hard to make Back 4 Blood the best game it can possibly be at launch and the team needs more time to do this. Therefore, we will release Back 4 Blood on October 12, 2021.” Despite the delay, Turtle Rock promised an open beta for this summer, the game’s original release window. No beta release date appeared in today’s announcement.

Back 4 Blood was first announced around two years ago. Turtle Rock’s upcoming release features co-op zombie survival gameplay. If that style sounds nostalgic and familiar, it should. Back 4 Blood features “the creators and development team behind…Left 4 Dead,” and is frequently billed as the latter’s spiritual successor. Left 4 Dead saw two entries, one released on November 17, 2008, and its sequel exactly a year later. The series  earned high praise for “dynamic enemy placement” and commitment to emulating “a Hollywood zombie movie.”

So far, the delayed Back 4 Blood did have a closed alpha. This alpha received good impressions, with Dualshockers noting changes from Left 4 Dead’s Game Director. Instead of giving the director entirely over to AI control, players can change how the Game Director will function.

We will have more details on Back 4 Blood as they come.