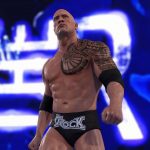 You are reading
WWE 2K22: What We Know So Far

With a wide array of games releasing each and every month, some might get lost in the shuffle. One game scheduled to release in the near future, which we should take a look at is WWE 2K22.  If you like wrestling or action sports games in general, this is one for you to look at.  I will be going over some things we know.

If you aren’t aware yet, WWE 2K22 is a wrestling video game currently set to release on March 11th, 2022. WWE has been all over the news with its multiple releases of talent as well as some controversial renaming of superstars. It has been a couple of years since the last installment of the 2K game. Unfortunately, the last installment didn’t go over well with fans. With all the additions in this game, it promises to turn that around and change people’s viewpoints. If you wanna pre-order you are in luck as it does have some pre-order bonuses.

If you pre-order the WWE 2K22 Standard Edition & WWE 2K22 Cross-Gen Digital Bundle you receive the Undertaker Immortal Pack. This will include 3 additional Undertaker personas, 3 MyFACTION Evo Cards for Undertaker, and an Undertaker MyFACTION Logo Card. The Undertaker Immortal Pack is included in the WWE 2K22 Deluxe Edition & WWE 2K22 nWo 4-Life Edition. WWE 2K22 will show stunning graphics, a redesigned gameplay engine, and the return of some fan-favorite game modes! 2K and Visual Concepts recently unveiled the Hit List for WWE 2K22.  Expect the most anticipated innovations you can look forward to in the latest edition of the WWE 2K franchise.

In WWE 2K22 the Creation Suite is back and better than ever. Heavily focusing more on increasing the quality of the creations. Players can be themselves or someone entirely different. With many options and fantasy elements, you can step into the ring at any time and anywhere in the world. You have the chance to create the ultimate custom superstars, arenas, and championships. Players can even share their creations with the global WWE 2K22 community. For the first time ever in history with Cross-Platform Community Creations between PlayStation, Xbox, and PC!

Many improvements have been made to body types to also allow super-heavyweight bodies in the style Keith Lee, Otis, and Earthquake. You will also have starting templates for Created Superstars, with the ability to upload Custom Renders for the character select screen. However, other features from years ago such as Create A Finisher and Create A Story will not be making a return this year.

WWE 2K22 will also tout a vast roster of currently 79 confirmed superstars even with all the recent talent releases in the real world.  There is a chance that more superstars could be added through future DLC packages. 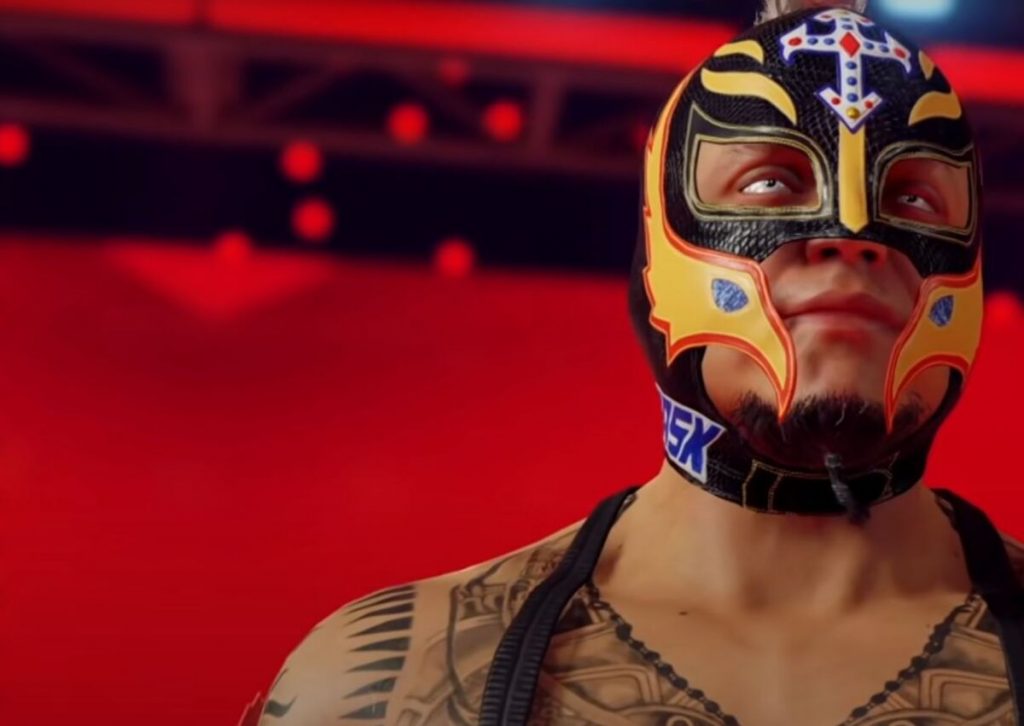 Many modes will appear in WWE 2K22 and two of those are WWE 2K Showcase and MyFACTION Mode. In the new showcase mode, players will be able to celebrate 20 years of Rey Mysterio’s WWE career. “Representing the culture of Lucha-libre as the cover Superstar for WWE 2K22 is a moment of great pride for me,” said Mysterio. “I’m looking forward to sharing the stories behind the big moments of my career with a dedicated community of players and connecting with WWE fans in a whole new way as they play through my 2K Showcase.”

For the first time in the franchise, the all-new MyFaction Mode will allow players to control and build a legendary faction that rivals the iconic nWo. Players will collect, manage, and upgrade superstars. There will also be weekly events and regular updates. In hopes of surpassing the legendary wrestling factions of our time.

In WWE 2K22, players can play through the MyRISE career mode to experience the rise of a WWE superstar. Players will begin as a rookie, followed by the fanfare as a superstar. Finally, your superstar can then be immortalized as a Legend. You begin your career and finish the competition by taking on not one, but two MyRISE adventures. It will feature both unique male and female storylines. This is great news as it moves towards more inclusion in the game. Certainly, MyRISE lets players choose their journey like never before.

Universe Mode returns once again. It’s here that players have the ability to fully customize their WWE experience. This includes customizing down to the tiniest details. Universe Mode allows you to take control over brands, premium live events, match results, rivalries, and much more. Also, a new option was added called Superstar Mode. This gives you the ability to play through WWE Universe by controlling one Superstar and focusing entirely on their storyline and matches. Allowing players to get the ultimate experience for each superstar. 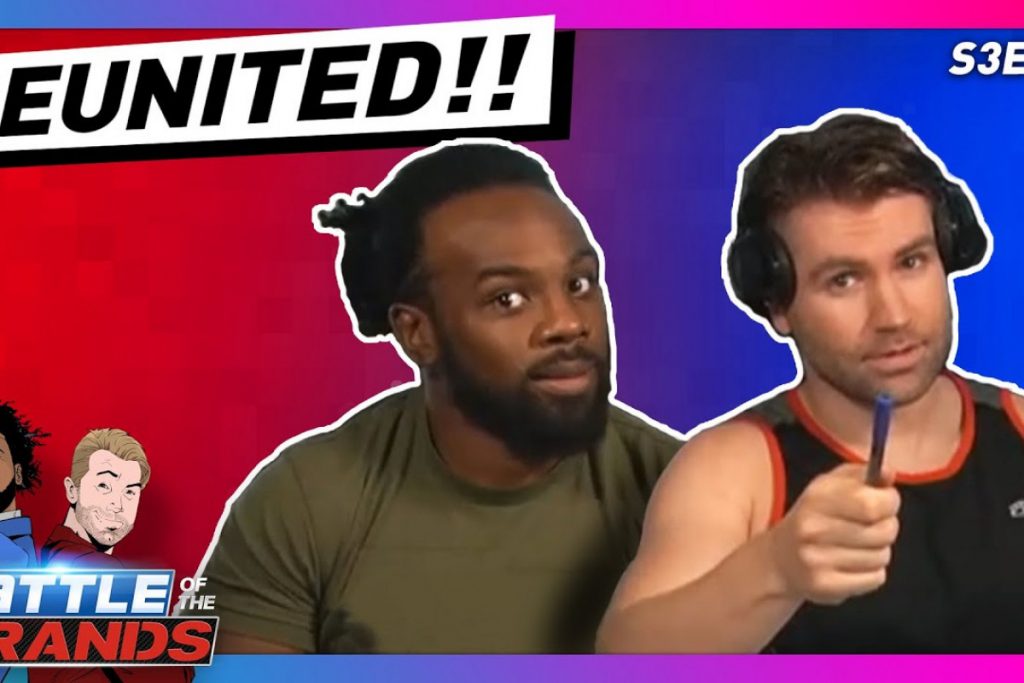 One of the most anticipated modes thanks to the duo of Austin Watson (Austin Creed) and Matthew Clement (Tyler Breeze) is GM Mode. This hasn’t been a main focus in the franchise for a long time. Luckily it’s back thanks to these two battling it out in GM Mode from older games on the very popular gaming youtube channel UPUPDOWNDOWN. GM Mode has been by far the top community request for WWE 2K22. It has been officially revived after being missing since SmackDown vs. Raw games.

Players will have the chance to step into the role of a WWE General Manager in a competition for ratings and revenue. As a GM, you can draft superstars, book matches, manage contracts, and call all the shots. All these decisions hopefully will lead to the most successful brand in the WWE Universe. In addition, GM mode also features a draft, a budget, a social media feed, and a tracker with the number of fans and ratings of your show. You are able to simulate, spectate, or play the matches you set up each week.

But don’t worry you can still get in on the action. You are also able to get involved in the match as the GM. Each superstar will have statistics such as Class, Alignment (Face/Heel), Cost, Popularity, and Stamina. This is similar to the old version of GM Mode. There is even co-op capability for MyGM with the option to play local co-op or online with someone on your friends’ list, with the friend controlling a rival show.

Now all this is just a small look into WWE 2K22 and after this, I can say I am a little excited.  With the last entry not being positively talked about, this game has a lot of promise. From the return of the much-asked-for GM Mode to overhauling the Creation Suite fans have a lot to look forward to. WWE 2K22 will release on PlayStation 4, Xbox Series X and Series S, Xbox One, PlayStation 5, and also Microsoft Windows!