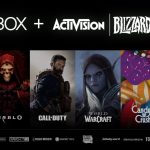 You are reading
What if Gaming Industry Consolidation is a Good Thing?

In a record year for the gaming industry, 2021 saw a staggering $85B spent on mergers and acquisitions. Though this level of spending was unprecedented, 2022 matched that record in less than 31 days. In a year in which we have already seen announcements of Microsoft Gaming’s intent to purchase Activision-Blizzard, Take-Two’s intent to purchase Zynga, and Sony’s to purchase Bungie, it’s getting harder to ignore the message in the tea leaves: the gaming industry is consolidating.

But is that necessarily a bad thing?

Indeed, there are fair concerns to have about this trend. We have seen those articulated by many in the wake of these announcements. To be clear, the purpose of this article is not to refute or dismiss those concerns. Instead, I want to take this opportunity to look at the other side of the coin.

Maybe, just maybe, the seismic shifts the industry is currently navigating will lead to a healthier, more creatively rich industry on the other side.

Let’s talk about how.

Acquisitions Can Save Teams 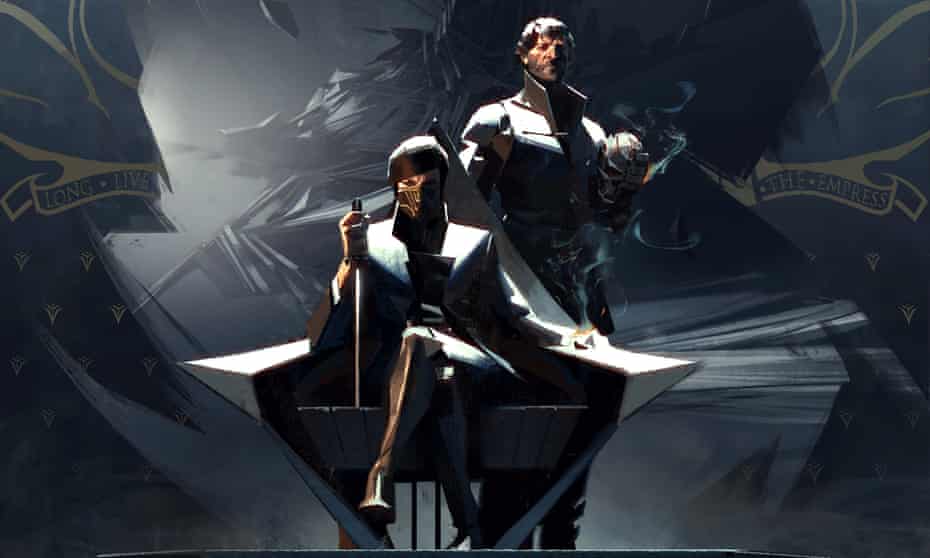 It is notoriously hard to succeed in the gaming industry. Small teams creating passion projects are often only one commercial failure away from closing their doors. Bigger, publicly-traded companies always need to make more than they did the previous year. Otherwise, they lose their investors and the funding they need to make games.

As we have learned recently, there is no such thing as “too big to fail.” Activision-Blizzard, currently the largest third-party publisher in the gaming space, was beginning to see diminishing returns on its investments. For Activision, the Call of Duty machine was starting to break down. Additionally, Blizzard was struggling to get their most anticipated products, Overwatch 2 and Diablo IV, out to market. These issues, combined with their cancerous culture, were causing their value to plummet.

For Kotick and the rest of the Activision-Blizzard board, there was no easy way to turn the ship around. It seems that they knew there was nowhere to go but down. While some might have liked the idea of seeing an executive like Kotick fail, many of Activision-Blizzard’s 10,000 employees would have gone down with the ship.

There are other examples. Take Arkane, the critically acclaimed developers of games like Dishonored, Prey, and Deathloop. There were rumors that Zenimax was considering shutting them down before their acquisition due to the limited commercial success of their games.

Enter Microsoft Gaming. Post-acquisition, Activision-Blizzard will belong to a corporate structure in which they can return to creating a diverse catalog of games. For Arkane, Microsoft provides a distribution platform that lowers the barrier of entry for consumers to experience their artwork. Now, these two companies that would likely have failed (and the talented developers they employ) have the chance to create new and greater work going forward. 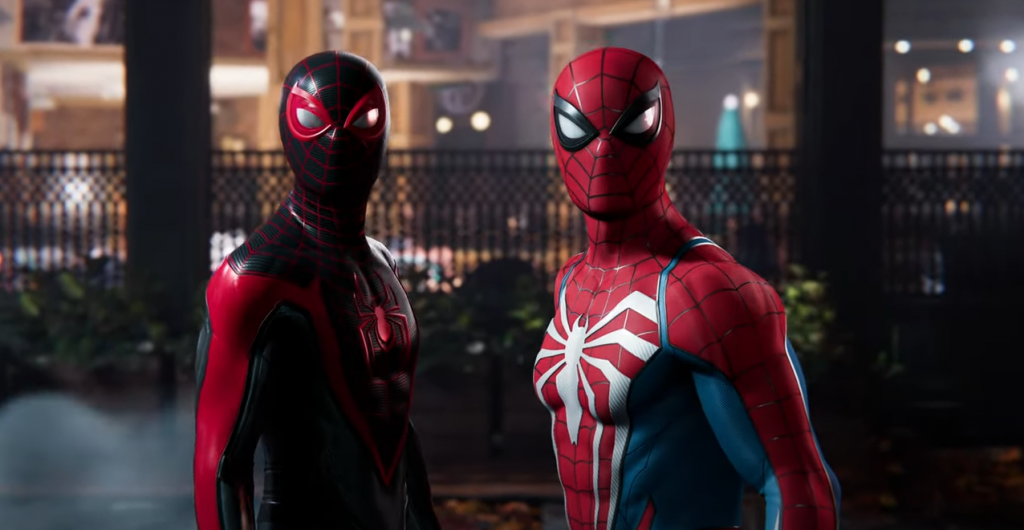 When the gaming industry is at its best, it is driven by the developers and leaders who create the art we love to interact with. Still, even in these cases, the creative vision of any project can suffer if teams do not have the staff or budget needed to realize that vision.

We should, then, be glad to see when our favorite developers receive the resources to maximize their talent. When a large corporation like Microsoft or Sony acquires a team, often that is precisely what happens. Speaking on an episode of Defining Duke Ultimate (paywall), attorney Richard Hoeg summarized this idea well: “you’ve got two companies that appear to be competently run spending resources on the hobby you love. That overall is a good thing.”

You may see your favorite studios devote these new resources to hire more talent. Studios like InXile, Obsidian, and Bungie all went on hiring sprees shortly after they were acquired. Undead Labs, a fairly small team before their 2018 acquisition, has opened an entirely new studio in Orlando to help with animation.

Or you may see improvements in the products the teams can bring to the market. Double Fine nearly cut the boss fights from Psychonauts 2. After Microsoft acquired them, they could fully realize their vision and make a Game of the Year nominee. The story of Wasteland 3 was originally going to be told through text alone. Following their acquisition, InXile devoted Microsoft’s resources to hiring a cast of voice actors. Though Insomniac is a studio with a storied history, few would argue that Marvel’s Spider-Man, Miles Morales, and Rachet and Clank: Rift Apart represent some of their best work to date.

All of this is to say that the financial security that comes with being a part of a big corporation seems to enable creatives to do their best work. 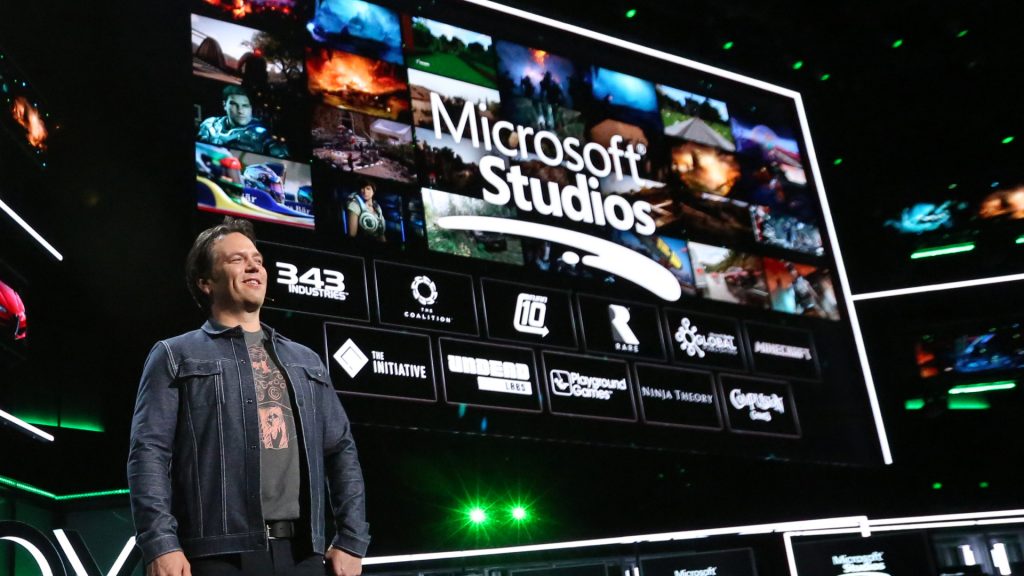 Any executive who convinces a board to make a purchase amounting to billions of dollars is acutely aware of one thing: he’s responsible for making that money back. For the cynical among us, that might be cause for concern. After all, the eighth generation was full of companies taking shortcuts for a quick buck. Some had reputations for making formulaic games, others for nickel-and-diming players with microtransactions.

But where are those companies now?

Throughout 2021, the price of a share of Electronic Arts dropped 7.1%. For Take-Two Interactive, it was a precipitous drop of 21.8%. For Activision-Blizzard and Ubisoft, shares dropped a staggering 30% and 38.4%, respectively.

What about Playstation and Microsoft Gaming, who spent the last generation investing in making medium-defining games and industry-changing services? In their case, every fiscal quarter seems to be a record quarter. Investors seem to have taken notice of this as well. Throughout 2021, the value of Playstation and Xbox’s parent companies, Sony and Microsoft, grew 19.5% and 43.%, respectively.

My friends, the market has spoken, and executives at Sony and Microsoft understand. The only way to sustainable growth in this hyper-competitive industry is to provide products and services that your audiences love. This means one thing: for these companies to earn a return on their multi-billion dollar investments, they need their teams to make great games and services that entice consumers to buy in.

Do you know who wins in this scenario? Gamers.

If the past 18 months have shown us anything, it’s that consolidation in the gaming industry is inevitable. And yes, it is reasonable to have some concerns about power in this industry being concentrated in fewer hands. With that said, I think the recent past gives us reasons for optimism. If the balance of market power continues to shift toward companies like Sony and Mircosoft, this industry’s future will be even brighter than its past.