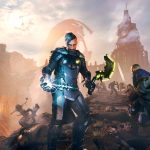 You are reading
First Impressions of The Last Oricru Demo

The AA world in modern video games is an interesting space. It’s not exactly living up to the standards of AAA (whatever they may be these days). Neither are they artistic and avant-garde indies that push the threshold of game design. Instead, they occupy a unique space that often tries to punch above their weight.

I have long been fascinated by content found in the AA space, including more recent titles like GreedFall. I feel they harken back to a time of video games that were not filled to the brim with micro-transactions and it was ok for a game to grab your attention for a bit and then you can move on when you like. Enter The Last Oricru, the debut title from developers Goldknights. Like other AA titles, the game tries to deliver different popular game features in one unique package. However, where it succeeds in some aspects, it also falls apart in others. Here is our first look at The Last Oricru.

The Last Oricru is an action RPG set in a sci-fi/Medieval setting on a mysterious planet known as Wardenia. Players take control of Silver who finds himself in the midst of a civil war tearing apart the planet apart as warring factions fight one another for control over the planet. Silver dons a belt that essentially renders him immortal. Death is simply a mild nuisance and this leaves Silver in an auspicious state. The planet’s inhabitants are taken by Silver’s belt, as they try to sway him to fight for their faction in the civil war. 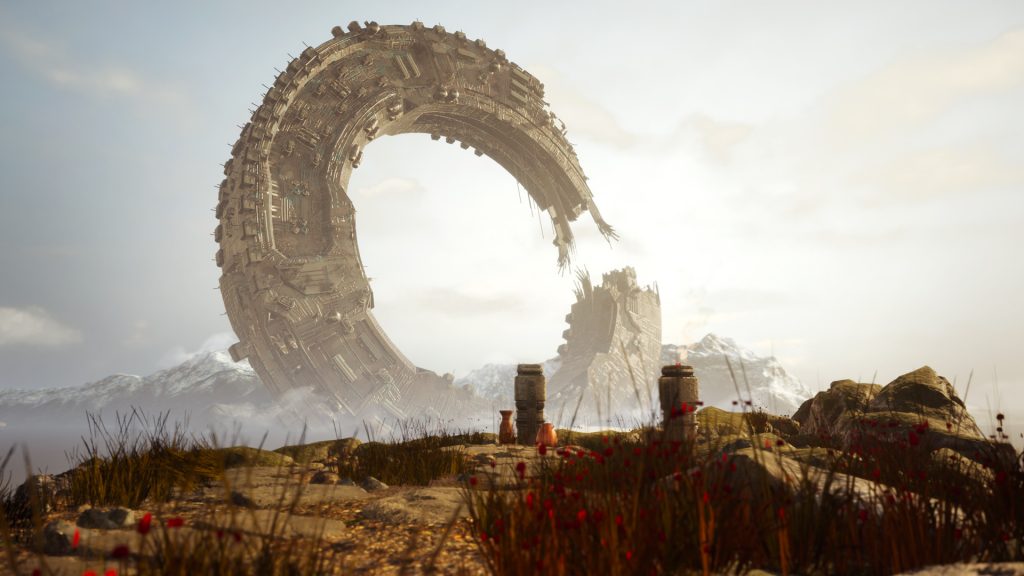 On paper, Wardenia sounds like a setting that should not work. Although The Last Oricru combines elements of sci-fi and Medieval meshed into one might not sit well with some folk. And at times, it didn’t with me. Especially when some of the characters mentioned space ships. At first, it just did not sit right with me, but over time, I did not mind it so much. Luckily, these mash-ups did not detract from my curiosity to explore and learn more about the world of Wardenia and its warring factions.

Conversations in The Last Oricru are plentiful to a fault. During the demo, I felt a lot of the dialogue overstayed its welcome. Every time I conversed with NPCs, they would go over and out to paint their side of the conflict. At times, it felt like a sales pitch that wouldn’t end. That is because the game wants to show you its branch narrative system. 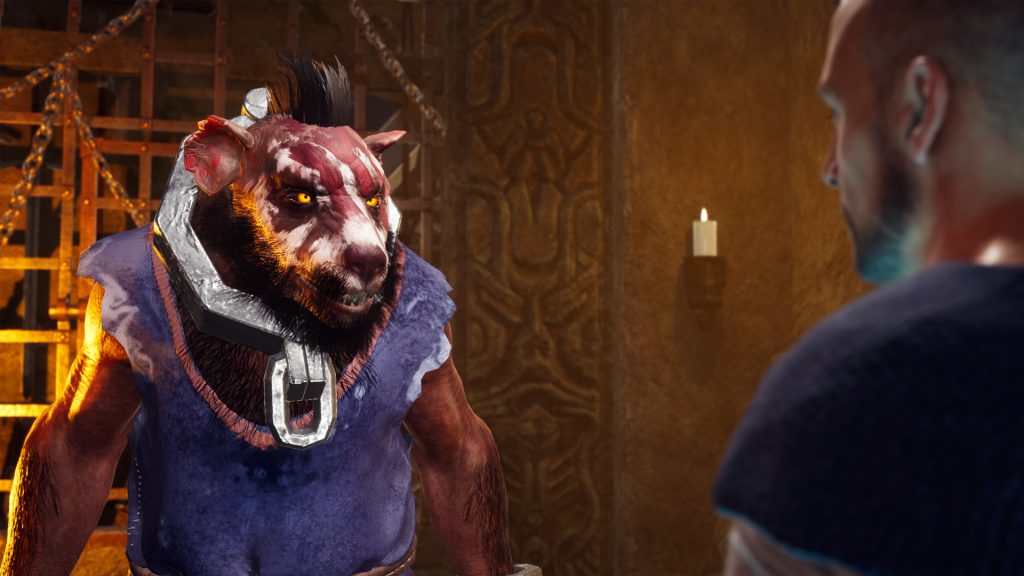 Marketing material for The Last Oricru honed in on the dynamic storytelling elements. The demo made sure to inform you that your choices impacted your narrative and it has done so in spade. I was happy to see the consequences of my choices, and I’m happy to report that the narrative dynamism is truly there. Though the voice acting is not something you would write home about, it sufficed for the most part. I just hope dynamic storytelling is present throughout the game and not tossed aside as players progress deeper into the campaign.

Despite these concerns, I have confidence that the game will make the most of the branching narrative system that was so heavily touted and it will be one of the more memorable features players experience from the game. However, some aspects of the game you wish to forget immediately. 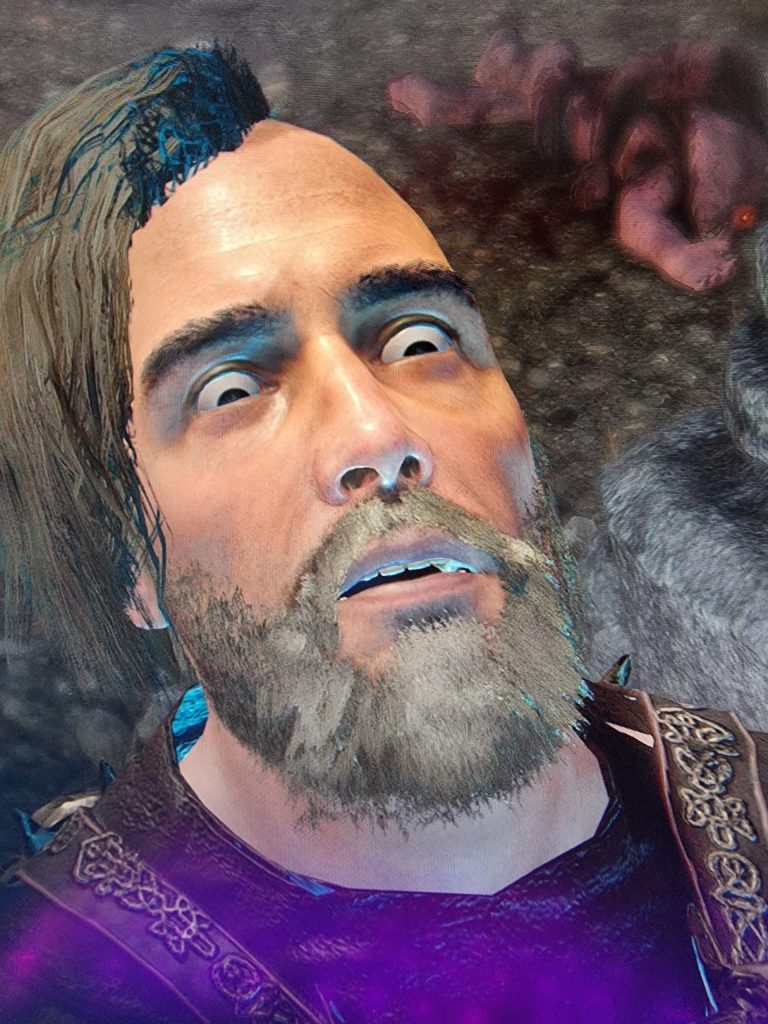 On the technical level, The Last Oricru is rough to put lightly on several fronts. The UI and menus look terribly dated. The UI reminded me of games from 2008 that have not caught up with the times. The same can be said about the game’s animations, especially during dialogue sequences.

The dialogue scenes featured what appeared to be hand-animated facial expressions. You can tell that by the rough and awkward-looking facial expressions. In fact, some of these were hilarious. In certain moments Silver would go full crazy eyes during serious dialogue sections. This is usually followed by a hearty chuckle from my end. Luckily, this is a demo and hopefully, the developers can fix the issue.

On the performance side, things were also not looking too hot either. Especially in the second section of the demo, where combat breaks out all around you. Frames would drop like a hammer in a handkerchief. Worse yet, the sluggish animations made combat feel like molasses. This was compounded with the awkward animations that felt stiff. It was in these moments that I became thankful for games like Darks Souls 3 or more recently Elden Ring. Though even Fromsoftware is not exactly the masters of game optimizations themselves, obviously there are redeeming qualities about them that hook fans. 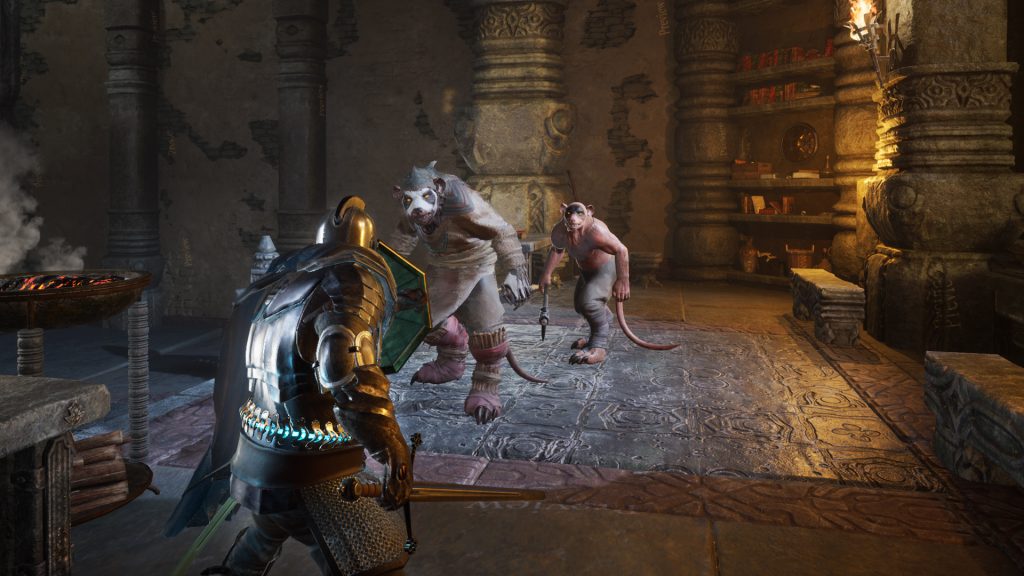 The Last Oricru has what the publisher described as “skill-based” combat. That is a fancy way of saying it is inspired by games like Dark Souls. Anyone who has ever played a Fromsoftware game should feel right at home in The Last Oricru. Though the house can be rickety.

Fromsoftware games are known for their meticulous attention to detail about every nook and cranny. Especially the combat that feels just right and rewarding to learn. Though a like-for-like comparison with The Last Oricru is not exactly fair, given that the latter is what is commonly known as AA game. While the former is an industry darling that could do no wrong. Regardless, these comparisons will be made, because of the clear influence from Souls-like games.

The Last Oricru’s skill-based combat is everything you’d expect from a Souls-like game. RB is Light Attack and RT unleashes a heavy attack. You can dodge and roll your way out of an incoming attack. Interestingly, you have an incredibly long stamina bar that seems to follow its own rules. Although enemies can put up a good fight, it’s not hair-pulling difficult that will increase your blood pressure. If you die, you’ll respawn somewhere close by thanks to Silver’s handy immortality belt. Speaking of respawning…

One of the clear influences is save stations that function like bonfires. And like bonfires, using the save stations will respawn enemies in the vicinity. Though it was strange that during the second part of the demo, a save station is conveniently located in the middle of a castle undergoing a siege. It felt disorienting from a  game design perspective. It was awkward to clear out enemies in an orchestrated attack against a heavily defended castle and use the save station only to have the enemies respawn. The initial rush of storming the castle lost its pizzaz, nullifying your efforts.

Like Dark Souls, The Last Oricru has its own take on the Firelink Shrine. Except imagine the shrine is located in the middle of the castle that is undergoing an attack. The Oricru shrine (not its official name) has all the amenities you’d expect. Here you can upgrade and refine your equipment via a jolly blacksmith. Again, I couldn’t help but feel that the Oricru shrine was out of place and strange to have such ample resources in the middle of the attack.

Last Impressions of The Last Oricru

It is safe to say that The Last Oricru, like its other AA peers, is punching above its weight class. I understand what it is trying to go for. That is Souls-like combat with dynamic storytelling elements. If the game can clean up from the technical issues and improve performance, then we could possibly have a gem on the horizon. If not, then the burning image of Silver’s crazy eyes will haunt my dreams for years to come. The game is officially on my radar and I look forward to testing it out when the game is finally released.

The Last Oricru will launch this year on PlayStation 5, Xbox Series X/S consoles, and PC. You can check the demo on Steam right here during the Steam Next Festival.