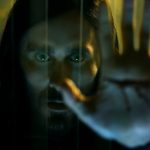 You are reading
Morbius Gets Top Spot Despite Critics Reviews

Morbius has landed at the top spot at the box office. This weekend, the Sony/Marvel movie was able to beat out The Batman and The Lost City.

Morbius has grossed an estimated $39.1 million this weekend. Don’t expect this Marvel movie to do better than that at the box office. With the negative reaction and confusing after-credit scenes, this might be one of the few Marvel movies that just can’t produce money. Currently, this film is sitting at $89 million worldwide. So, it might be able to make up some of its budgets that way. Just don’t expect this movie to have a box office run like the two Venom movies.

After this weekend, The Lost City is now sitting at $61 million worldwide. This comedy was able to gross an estimated $14 million. As The Batman slows down in theaters it has crossed $700 million worldwide with $710 million. It should be exciting to see how well this movie does when it’s released to the home market. I know that I’ll be buying this movie on day one. Jujutsu Kaisen 0: The Movie ($2 million) has started that decline at the domestic box office. The movie had a great little run grossing $29.6 million domestically. That brings the worldwide total up to $149 million.

This coming weekend is going to be a great one for movie fans. Ambulance, Sonic the Hedgehog 2, and Everything Everywhere All at Once will all be released in a wide number of theaters. Everything Everywhere All at Once features a very special actor returning to the big screen. Ke Huy Quan as Short Round in Indiana Jones and the Temple of Doom and Data in The Goonies. Congrats to him for breaking back into acting.