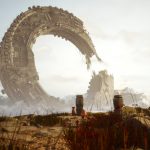 You are reading
Pax East 2022: The Last Oricru Interview

Pax East 2022 is here, and the Lords from the Iron Lords Podcast and LOGNET are live on the show floor. One of the many games being previewed on the show floor this year is The Last Oricru. The game is a cooperative action RPG that places heavy focus on storytelling and player choice.

The game straddles the line between Sci-Fi and Fantasy as players are thrust into a civil war. The developers emphasized the heavy focus on making the player choices matter. The co-op campaign somewhat uniquely places two players side by side on the same screen. The Last Oricru does not have a release date announced at this time.