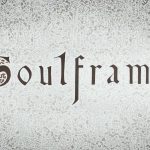 You are reading
Everything We Know About Soulframe

Soulframe is the recently announced new IP from Digital Extremes. Developers of Unreal Tournament, Dark Sector, and the ongoing Warframe. This game was announced in a trailer during Tennocon 2022 as the closer for the event. But as the days have gone by, some details have been released regarding the new title. Here is what we know so far.

The game will be set in a medieval-like setting but maintain the third-person action gameplay from Warframe and Dark Sector. As well as being an MMO, similar to Warframe. In-depth story and gameplay details have yet to be revealed as well. But in a recent interview with Steve Sinclair, former Creative Director of Warframe, we did get a peek behind the curtain:

The game will share “Warframe’s” focus on cooperative player-vs-environment combat and procedurally generated environments, but it will be “the mirror universe version of ‘Warframe.’ ”This applies to setting: “Warframe” is a unique, flesh-mech-powered spin on the sci-fi genre; “Soulframe” will be a suitably strange take on fantasy. It’ll also apply to gameplay. “Where ‘Warframe’ is focused on shooting, this one’s focused on melee,” Sinclair said. “Where ‘Warframe’ is super fast and crazy high-speed, this one’s going to be a lot more slow and heavy. But it still has a lot of similarities to the genre that we have experience in.” -The Washington Post

The game’s setting is said to take inspiration from “Princess Mononoke” and “The Neverending Story”. The full interview can be found here if you’d like to read more.

Soulframe has a lot going for it. As it will be allowed to use more modern hardware. As well as an opportunity to go for more graphical fidelity. But at the end of the day, this game seems special. With some very unique choices from its debut trailer. Such as the special right arm of your character. The game also has a site you can visit to claim an in-game name and unique item. If you are having trouble accessing the site, visit their FAQ here. Soulframe has no release window and confirmed platforms.