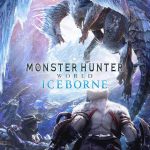 You are reading
Video Game Release Schedule for January 2020

New year, new games! While 2020 is starting out modest, consider it prep time for your wallet, gamers. In January, monster hunters on PC get their hands on Capcom’s astounding expansion to Monster Hunter World, Iceborne. Fans of Tokyo Mirage Sessions #FE on Wii U see a rerelease on Switch this month as well. Nearly a year after its launch, Kingdom Hearts III receives its much-anticipated DLC expansion.

For those who love Yakuza and familiar with importing games, Yakuza: Like a Dragon debuts in Japan this month on PS4.

What will you pick up in January? Let us know in the comments! Check back to LordsofGaming.net for updates and more on your latest video game releases.