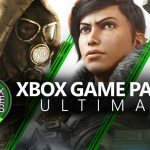 Xbox Game Pass has taken the gaming service sector by storm. Since its launch back in 2017, the service has quickly gained mindshare. With Xbox’s first-party games launching day and date within the service. As well as big third party titles making there way to the service such as Red Dead Redemption 2, Fallout 4 and Nier Automata to just name a handful. However, Microsoft has chosen over the past few years to become very vague in terms of its sales data when it comes to the Xbox division. However, we finally got some concrete numbers on Xbox Game Pass subscriber numbers for the first time.

Today, during Microsoft’s quarterly earnings call we learned some interesting facts in regards to Xbox’s services. As per gamesindustry.biz during the earnings call Microsoft CEO Satya Nadella had some interesting figures to share. He revealed that Xbox Game Pass has successfully crossed over 10 million users. This is much higher then many had anticipated the number to be. With many analysts having many different thoughts in regards to actual subscriber count. We also got a new number in regards to active Xbox live users, which has skyrocketed no doubt due to the COVID-19 pandemic. However, over 90 million users active users were recorded by the company in its last quarter.

There were also some small details revealed about Project Xcloud. Which is Xbox’s cloud gaming service that launched into beta testing on Android in November of last year. While IOS users just recently began to participate in the beta with a limited amount of titles. Despite all this Project Xcloud reportedly has “hundreds of thousands” active users currently in beta. This is good news and Xbox continues to look forward to the future with its ambitious cloud-based gaming initiatives.

Xbox as a brand has a strong position heading into the next generation. With the great marketing and messaging in regards to the Xbox Series X. Coupled with amazing services such as Xbox Game Pass, and Project Xcloud. Next-generation could be absolutely massive if the company manages to create some unique software to keep players coming back to the ecosystem. Only time will tell.