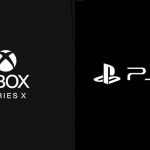 Sony and Microsoft presented a full specification of their upcoming next-generation consoles last month. There is no denying that both consoles will be impressive as they are based on the latest AMD CPU and GPU technology.

Last week, we discussed the CPU differences between these two consoles and found both to be very similar in specs and probably performance. However, there is quite a significant difference between both console’s GPUs, and I’m here to break these down for you.

Both console’s GPU will be based on AMD’s RDNA 2 architecture, but each company decided to take a bit different approach. Sony built a 36CU ( compute units) GPU clocked at very high 2.23Ghz. At top performance and top clock speed, it will offer 10.23 TFlops. I must note that that is a variable frequency meaning it may work at lower frequencies depending on power usage. Both PS5’s CPU and GPU has been given power limits in order to keep the CPU and GPU cool.

Xbox Series X, on the other hand, will ship with 52CUs GPU clocked at 1.825 GHz. Microsoft decided to lock the clocks to deliver consistent performance. Both CPU and GPU on this box will work to their maximum capacity no matter what devs throw at them. This means that the new Xbox will deliver 12 TFlops of computational power.

Both console’s GPUs are very impressive, not only from a specs point of view. Also additional GPU features that will enhance both performance and visuals in next-gen games. PlayStation 5 comes with hardware-accelerated ray tracing that will enhance game visuals and the new Geometry Engine that should improve performance. Xbox Series X comes with hardware-accelerated ray tracing for better visuals too but also supports Variable Rate Shading and Mesh Shading for better performance.

Both GPUs are based on the latest AMD’s RDNA 2 architecture. This should guarantee much better performance than not only last generation consoles but also many PC graphics cards on the market now. Both consoles should offer around 3x better performance than PS4 PRO and Xbox One X and around 10x better performance than PS4 and Xbox One. These are proper next-generation GPUs not only from a console but also a PC GPU perspective. Finally, native 4K gaming on a console will be possible in most games. However, I still believe that different resolution upscaling techniques are not going away. Developers will probably use them to pull even better-looking games next-gen especially with ray tracing enabled.