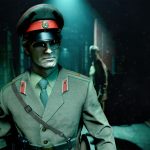 You are reading
Understanding the Black Ops Cold War Confusion

Update 8/26/2020: Earlier version did not title the physical editions with the proper titles. That has since been adjusted.

The next Call of Duty has been announced with its Call of Duty: Black Ops Cold War. Today, Activision revealed how the game will be delivered on it’s upcoming release. Unfortunately, it seems to have caused quite a bit of confusion, so hopefully we can help sort it out.

Charlie Intel is an outlet completely dedicated to Call of Duty news. Luckily they’ve provided some baselines that we will try and explain. Understand that the decision is purely based on what you deem worth it to you.

For everyone planning to get a Physical Edition:

For starters, we are looking at the physical release of Black Ops Cold War. The confusion starts with knowing which version to get. If you are planning on getting the Xbox Series X or the PlayStation 5, and you do care about next-gen enhancements, pick the PS5/Xbox Series X versions called the Next-Gen Physical Standard Edition. This version will provide you with two different versions of the game. While it is roughly $10 more, this is essentially the “next-gen” tax. Prices seem to have varied depending on the publisher about next-gen gaming and transitioning, so the dust hasn’t quite settles as of yet here.

If you DO NOT care about next-gen enhancements, the Standard PlayStation 4 or Xbox One version of the game will suffice whether you are on either generational console. This version seems to be able to be played via backwards compatibility. However, one difference sticks out between the two. The PlayStation 4 version of Black Ops Cold War will be able to be upgraded to receive next-gen enhancements. This will cost $10, which is the different between the two different versions the Next-Gen Physical Standard Edition is sold for. The reason this is absent from the Xbox version seems to be because Xbox mandated that publishers cannot charge for next-gen enhancements in lieu of Smart Delivery.

Furthermore, the digital versions of Black Ops Cold War seem to indicate that the game is playable though backwards compatibility. This rebuffs the stance suggested before that you can buy the standard current generation version of the game and still play on a next-gen console. However, if you want enhancements, then you’ll want to pick up at least  the Cross-Gen Bundle.

The bottom line is that the $10 is essentially payment for next-gen enhancements. Of course if you plan to play on PC, you can avoid this monstrosity of a headache that is cross-generational semantics. Hopefully this helps and good luck!