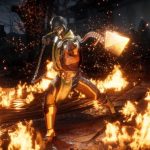 You are reading
WB Games Could Still Be For Sale

When the announcement that Warner Bros. Interactive Entertainment was going to be up for sale last month. The internet burst into flames. As rumors of acquisition interest from companies such as EA, Take-Two, and Activision. As well as another rumor later that pointed to Microsoft being interested in acquiring WB Interactive. For context, there is a lot at stake with the sale of this group. This acquisition would include such renowned studios as Rocksteady, NetherRealm, and TT Games.

As quickly as these rumors took off they were quickly killed off. Thanks to a letter from Warner Media CEO Jason Kilar, many reports have flooded the industry simply stating that they are no longer interested in selling WB Games. However, a video done by a certain lawyer may have changed my mind on this information.

The Law About It

If you follow the gaming industry then you have probably become familiar with the Hoeg Law Youtube channel. Hoeg’s in-depth breakdowns in his long-running series “Virtual Legality” gives insights into the legal aspects of the industry. I often watch a majority of his content to expand my knowledge on the legal side of the industry. In his most recent video, he makes several good points in regards to signs that show WB Games is still very much for sale.

One of the first points he expresses is the most crucial point. Is that during massive layoffs and restructurings of Warner Bros., WB Games has remained untouched. As noted in the letter from Kilar it is stated.

Warner Bros is trying to combine all of their different assets that are spread across these many divisions. When you see a company reshuffle like this, it is often in order to cut employees. We have seen concerns about this when Microsoft and PlayStation purchase independent studios. Many game studios have their own publishing initiative internally. Many of those people’s jobs become redundant when being purchased by a massive corporation. This leads to layoffs and lost jobs. With Warner Bros. consolidating its various television and entertainment-based initiatives it’s about cutting costs and saving money.

Amongst all these cuts, WB Games has remained relatively untouched in all of this reshuffling, and it specifically mentioned that Warner Bros. Interactive remains part of the Studios and Networks group. This is where many people have drawn the conclusion that due to the reshuffling of everything, maybe Warner Bros. is adjusting to keep WB Games. However, I feel like this is very unlikely.

As mentioned in Hoeg’s video it takes a long time for a company to get an evaluation of its worth. It’s a long and drawn-out process to assess a company’s value. Now with this information in hand, I began to circle back to the fact that WB Games has remained untouched throughout all of this reshuffling. This means that the company’s projected value remains the same, as it had been in initial reports of $4.2 billion.

Why It Makes Sense To Sell

The entire reason WB Games was looking to be sold was due to parent company AT&T being over $150 billion in debt. The sale of WB Games would only trim that slightly with its estimated $4.2 billion value. Warner Bros. has more interest in licensing its properties similar to how Disney operates with Star Wars. For example, if WB Games were sold to Take-Two Interactive, they could license the Mortal Kombat games to Rocksteady/Take-Two for a fee or on a contract basis. This would see consistent profit without any of the associated risks if the game failed.

While in my personal opinion, I don’t want to see any single publisher pick up WB Games as a whole. I would much rather see it split up amongst those interested. For example, PlayStation (if they were interested) picking up Rocksteady, while Xbox picks up NetherRealm (hello Mortal Kombat/Killer Instinct crossover).

What does the future hold for WB Games?

While it is impossible to predict the future. I am almost 90% certain that there is no situation where Warner Bros. retains ownership of WB Games. With the debt mounting, it is one of their most profitable “quick sells” that the company can do. However, we likely won’t see this deal actually signed and sealed for a long time. While the future of WB Games may be uncertain, I hope that WB Games continues to stave off layoffs and cuts, and continues to produce amazing games and content. Even during this uncertain time.