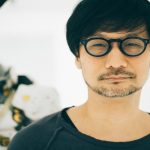 There is possibly no one quite as enigmatic in the gaming industry then Hideo Kojima. He has been the creator behind so many memorable games that have helped shape gaming in a new direction. From the stealth espionage action of Metal Gear Solid 3 to his post-apocalypse delivery experience with Death Stranding. He is always creating something that is truly unique, and it is almost impossible to predict what he will do next.

Today, in a new report from VentureBeat via Jeff Grubb, we learned that a deal could possibly be entering into the final stages before being finalized. Reportedly, Kojima and Xbox have signed a letter of intent in order to enter the final negotiations of working out a deal for a possible new Xbox game. These conversations have been supposedly going on for several months, and we are nearing the end of these negotiations. Which at this point would most likely result in a partnership between Kojima Productions and Xbox.

This partnership is reportedly about Kojima expanding and developing a cloud-based game in the future. Now it’s important to note, this does not mean Kojima is making a mobile cloud-focused game. Cloud gaming is what powers the incredible world rendering of games like Microsoft Flight Simulator. By using cloud infrastructure it allows developers to offload a lot of heavy hardware-related tasks onto these servers, allowing developers to build even more impressive worlds without traditional hardware restrictions. In the hands of a creator like Kojima, this is incredibly exciting. This being combined with the hiring of Portal creator Kim Swift by Xbox to supposedly work on this project. Whatever this project could be, it has the potential to be absolutely incredible with the talent that would be involved. Only time will tell how this deal will play out.