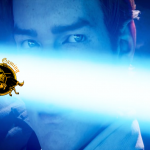 You are reading
Respawn to Re-Establish Star Wars Games

It is a Star Wars celebration and we have received more exciting galactic news than we could ever have anticipated. Starting yesterday’s trailer to Episode IX, we got a look at the finale to the nine movie story arch. Then today we were treated to an inside look at the Galaxy’s Edge section to the Disney theme parks. However, what we have all been waiting for: Star Wars: Jedi Fallen Order.

[See More: What Happened to EA?]

Respawn Entertainment shared the first look at their upcoming Star Wars game. It had been circulating that the game would be “single player, story driven and without microtransactions.” This is a much-needed sigh of relief for many gamers, many of which used to the sting of EA’s prior habits.

So happy to be working on a single player story focused game again, no multiplayer and no MTX for #JediFallenOrder pic.twitter.com/UIJDjfErLo

This afternoon we were finally able to see what it was that the team had been working on. It was by far a pleasing sight to see. For quite some time, fans of the games and the Star Wars franchise, have been disappointed with the lack of a true story driven game. DICE attempted to quench the thirst with Battlefront II by providing a campaign, however, this was marred by the fact that the game was flooded with micro-transactions.

From the reveal to the game we have learned we will be following a young Jedi-in-training named Cal Kestis (played by Gotham actor Cameron Monaghan). The setting is painting a grim-galaxy that is hunting force users, who have all but gone into hiding. While not much more has been revealed we do know that the game takes place between the events of Episode III & IV.