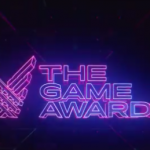 Geoff Keighley, the architect behind the Game Awards which launch tomorrow, will be accompanied by an unusual experiment. The Game Festival is a free pass for consumers to test out demos for more than a dozen games that will be shown at tomorrow’s awards. These demos will be time-limited for 48 hours before they will be removed. This closed window is a genius idea to keep the public eye focused on both the awards and also the developers.

Though the full list for the Games Festival is kept under wraps, here are the announced titles:

Expect to see at least a few more added to this list during the broadcast itself. This is also a coup for Steam, which has seen an unprecedented number of rivals spring up over the last year, and needs a win to differentiate itself from the competition. Its been a big week for gaming with Playstation’s State of Play on Tuesday and the Game Awards tomorrow at 5:30 pm PST. We will be checking out both the Game Festival and the Game Awards with live impressions.