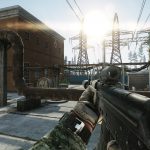 Everyone has seen the huge recent surge of popularity in Escape from Tarkov. It has been out for 2 years (in Beta) and many people are just finding out about it now. For people who do not know the game, it is a survival match based FPS that is PVPVE. It has harsh realistic similarities to real firefights and combat situations. These combat situations can make you even duck in real life like the sound of a bullet flying by your head sounds 100% real.  I have been playing for 6 months now and there are a few tips I wanted all the new players to have.

Escape From Tarkov has so many ammo types. This chart is every ammo in the game. Before you try and shoot someone with PS ammo you should know, it will not go tough Class 3 armor. New players do not understand that, veteran players normally wear class 4 or higher, so new players will not be able to hurt, anyone except for a headshot unless they have a class 6 helm. 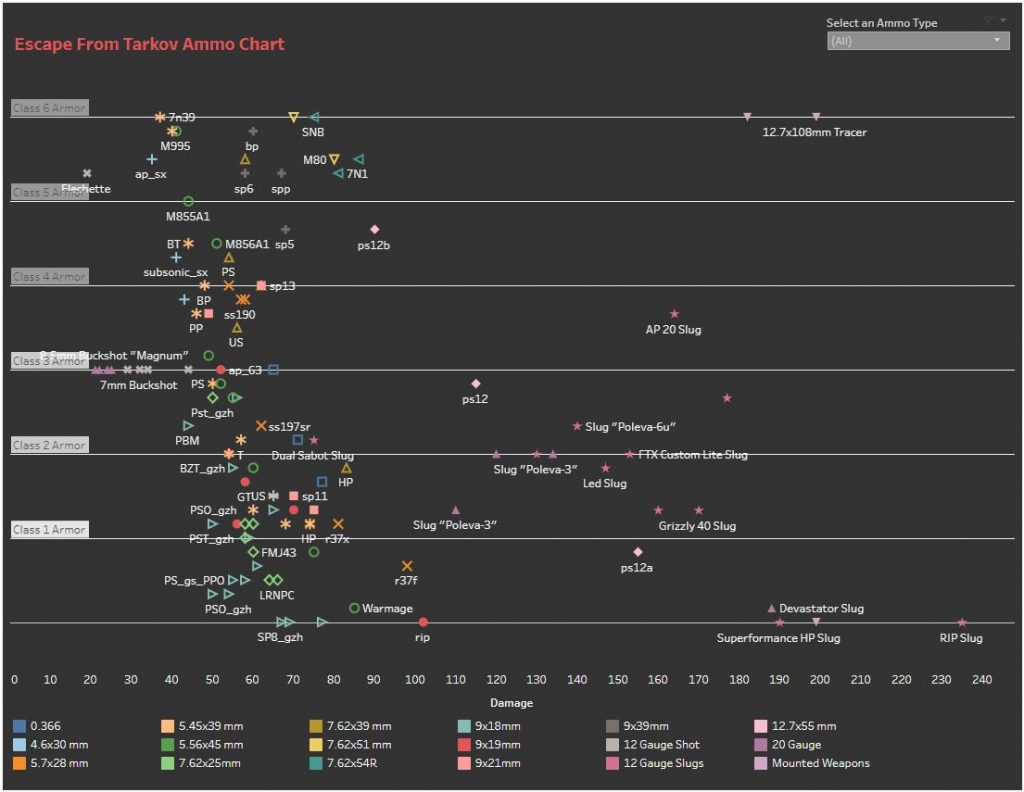 This is a recent engagement where the opposing players may have won if they used the correct ammo. They were both using PS ammo in an AKM and we used higher grade. I was able to headshot one and then cause enough damage in the thorax to kill the other.

In the clip provided (yes I know it is long) but we used Sound to hear every scav coming into the Customs building, we kill them without much damage on ourselves. Sounds will tell you the location of the scav, where they are coming from and how many. Running, walking, opening doors even looting makes a noise and gives away your location.

Here is another shorter example, I heard someone running so I stalled in an area where I could watch and wait. Once I saw him I pounced.

Learn your maps and extracts

On Reserve you need a paracord and ice pick to allow you to extract correctly. This clip shows you what happens when you don’t know the maps. This causes 2 out of 5 of us to die.

Know where you are going, at some point, you will be without time, or so badly injured you will need to extract in haste.

Learn to Use your Grenades correctly

This is a clip of when I started to use Grenades. Each Grenade throws differently, I never knew that. If you don’t throw them correctly you will kill your team. Go to a map with a bunch of grenades and start throwing.

Communication with your team

Communication is key when running with a team and it is a preferred method. It allows for fewer PMCs to be placed on the map. An example is the map Factory has a max of 6 PMCs, if a full team goes in you only have to worry about 1 other geared PMC.

A good communication example is when Olduk and I were able to take out a high-level PMC. We were on our Scavs and were able to pinch him in a location and I was lucky enough to get the headshot.

A bad example of communication is when we were all out of position and unaware of where everyone was. We ended up killing more than 1/2 of our own team for no reason. Know your Landmarks and keep Visibility on your teammates!

What Battlestate games did to give themselves more visibility? Click here to find out.