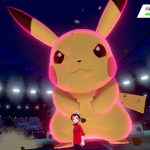 Total sales for the Nintendo Switch and its exclusive software titles are reaching surprisingly high numbers based on the company’s latest earnings report released today.

The financial report says the console-handheld hybrid has sold 52.48 million units and has sold 310.65 million pieces of software. For comparison, Nintendo’s previous console, the Wii U, only reached 13.56 million units sold and sold a two-thirds less in software sales. It has also already surpassed the Nintendo 64, Gamecube, and Super Nintendo in lifetime sales. Nintendo’s success with the Switch has been evident since its launch, and the momentum has not slowed down. While it’ll take some time to reach the Wii’s sales numbers, Nintendo is on a clear upward trajectory given its 2020 lineup. Let’s not forget Animal Crossing: New Horizons, a Switch exclusive, is right around the corner.

On the software side, Mario Kart 8 Deluxe continues to dominate. The arcade racer reached 22.96 million copies sold. Other reported games included Pokémon Sword/Pokémon Shield, which has sold over 16 million copies, and the game just released in November. See below for the reported list of the top-selling games on Switch:

For more on Nintendo Switch, be sure to read our reviews for The Legend of Zelda: Link’s Awakening and Fire Emblem: Three Houses.

The Lord’s Word: To say the least, the impact of this device is catching everyone off guard. Nintendo Switch sales as well as the games releasing with it have skyrocketed and are breaking all sorts of expectations. Pokémon Sword/Pokémon Shield, while not completely surprising given the franchise’s popularity, still hit a huge sales milestone within two months. Nintendo has been doing an exceptional job of releasing games regularly as well. Animal Crossing: New Horizons is set for a March release, which is sure to do amazing numbers.