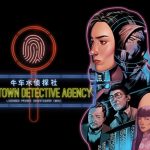 After meeting their third stretch goal on Kickstarter, General Interactive Co. will be bringing their new title, Chinatown Detective Agency, to the Nintendo Switch. To be funded, the team needed to meet a goal of S$57,000 (About $40,092 USD); however, a stretch goal of S$75,000 was required for them to port the title to everyone’s favourite indie machine. This is an amount which they have now surpassed.

Billed as “A cybernoir adventure inspired by the classic Carmen Sandiego games,” Chinatown Detective Agency is an adventure game set in a dystopian version of near-future Singapore.

World governments have collapsed as the global economy’s death spiral approaches its apocalyptic climax. Singapore is one of the last nations left with a modicum of order. But even that seems like fleeting hope. Law and order are overseen by a corrupt and crooked police force. The best detectives leave to start their own private investigation services, and the citizenry who can’t afford them are more than happy to take the law into their own hands.

Amira Darma, once a rising star at INTERPOL, has just set up shop, and is open for business…

General Interactive Co. have stated that Chinatown Detective Agency is on track for a Winter 2020/2021 release date, though this is tentative. You can wishlist the game on Steam here.