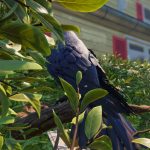 You are reading
Feathers in Grounded: A how-to guide

Feathers in Grounded can be difficult to find, so hopefully, this how-to guide will help in obtaining this new item from a bird! Grounded is a new survival game created by Obsidian. Embracing the “Honey I Shrunk The Kids” setting, your set to figure out why you’ve been shrunk and left alone to survive in a backyard. When your that small, spiders, ants, and many other critters and insects become menacing! Especially the newly added bird, which is more specifically a crow. Birds are a new creature recently added in with patch 0.2.0 in Grounded’s very first content update. With this new creature added to Grounded, there comes a new resource. The feather is a resource you won’t need very often since there are currently only three items that can be crafted with it. Having said that, it’s good to know how and where to obtain the feather.

Where to find feathers in Grounded

This how-to guide for feathers in Grounded provides you everything you need to know. First off are the locations. There are currently three locations that the crow lands at that I have personally sighted. Two locations are reachable, with the other in the “Under construction” area to the east of the map. 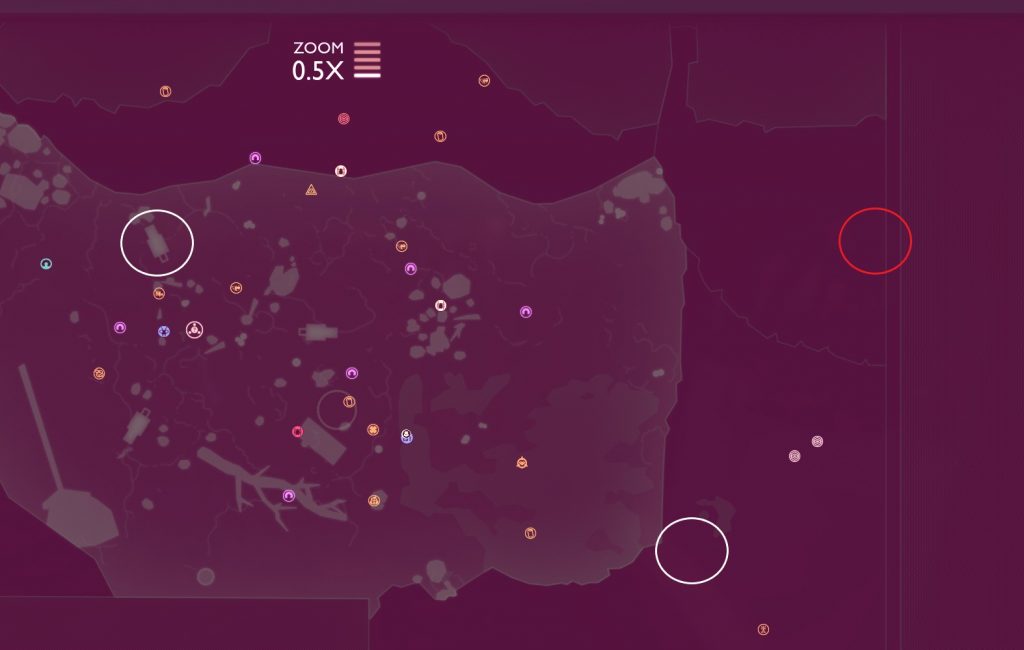 The two areas on the map with white circles are where the bird will land. The location in the upper-left is one of the lasers that you encounter early in the game. The bird will land at the very top, being unreachable. The second location is to the bottom right of the map, which is the birdbath. There is a path leading up to the birdbath, where you can obtain two “SCRU.B” wrist computer cosmetics and, if you want, risk going head-on with the bird. Spoiler: nothing much actually happens. The bird will fly away, and no feathers may drop if that happens. It’s best to be near the bird, but not too far away as well so the chance of no feathers spawning is reduced. It’s safe to say finding feathers in Grounded can be a bit of a pain!

What to look for!

The bird will sit there for a while, plucking and pruning away at its feathers. After a few minutes, the bird will fly off somewhere else and disappear. The bird only seems to spawn every two to three days, so keep your eyes on the horizon and listen for a loud “THUMP!”. When the crow is done its routine, you will have to look carefully in the area around the bird. At the birdbath location, sometimes they can end up on a leaf on the bush but mostly end up on the ground around the birdbath.

In the northwest location with the laser, its the same deal but make sure to look up as well. Sometimes they get stuck in the grass blades up high but primarily blend in well with the ground. The feathers in Grounded are a somewhat large, soft black object that will look like a small tuft of plumage. Not the typical flight feathers you see on a bird, but the under plumage. The most important tool you need to acquire this resource is the level two hatchet. It is required, so if you don’t have it already we have you covered with this handy guide: How To Get The Level Two Hatchet In Grounded

What can I build with feathers?

As mentioned earlier in this how-to guide, there are currently only three objects that can be crafted. The first is the brand new simple bed. Instead of sleeping in a lean-to, you can actually rest in a feather filled bed for once! 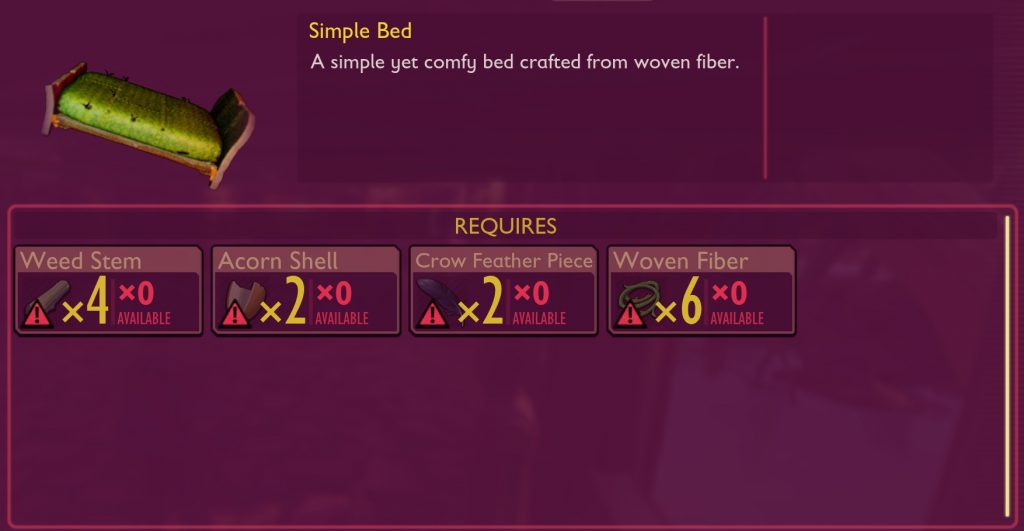 The second item you can craft is the Marksman’s Cap. This is the very first third-tier armor item that you can currently craft! This is also the very first item that benefits players who love using the bow and arrow weapon. 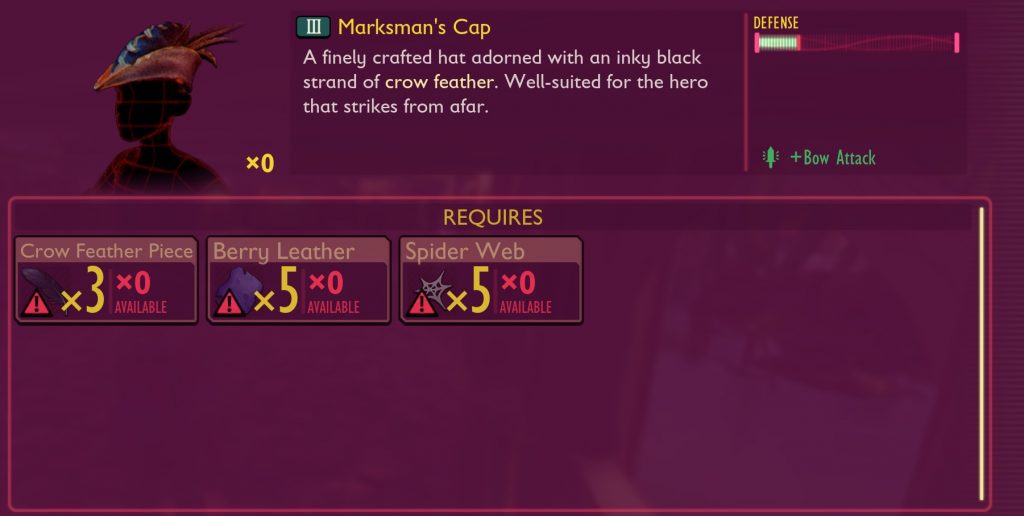 The last item you can craft is the feather arrow. A much more costly type of ammunition for the bow in comparison to the basic arrow. The damage difference is currently unknown. A proper comparison will be done in-game and this article will be updated accordingly. 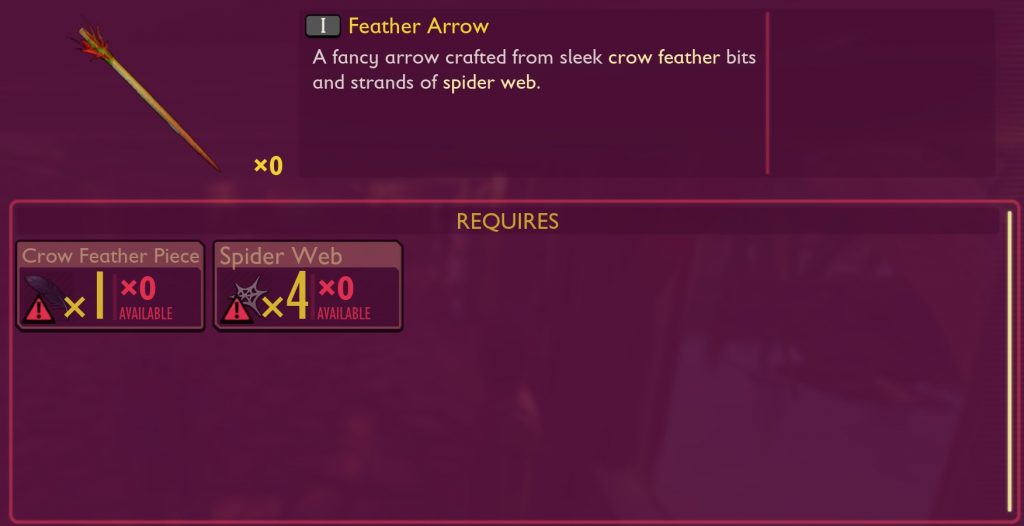 And that’s everything! Quite the small list with no real significant items other than the Marksman’s Cap. Now that you know where to find feathers, how to find them, and what can be crafted from them, you are all set to venture out into the backyard! Grounded is currently out on Xbox and PC through Xbox Game Pass, Xbox Game Pass PC, Windows Store and Steam. I hope you enjoyed this “Feathers in Grounded and how to get them guide”, and if you are looking for some more help we have you covered with more guides below!

Grounded Patch notes past and current: