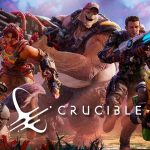 You are reading
Crucible Amazon’s Multiplayer Shooter Is Officially Canceled

While many people may not remember the game Crucible, but its story has been a sad story over the past few months. Crucible is the third-person multiplayer shooter developed and published by Amazon and Relentless Games. The game had officially released a few months ago. However, they pulled the game back into closed beta after release due to low player numbers. Citing needing more time to improve and tweak the game to what the community wanted. However, it appears that the dream that was Crucible is finally done.

In an official blog post from the developers, they have officially announced that the game will be shutting down in the coming weeks. The team had this to say in regards to the crazy development cycle of the game.

We’ll be discontinuing development on Crucible. We very much appreciate the way that our fans have rallied around our efforts, and we’ve loved seeing your responses to the changes we’ve made over the last few months, but ultimately we didn’t see a healthy, sustainable future ahead of Crucible. We’ll be transitioning our team to focus on New World and other upcoming projects from Amazon Games.

Servers will officially be shut down on November 9th, 2020 at noon PST. The team will be hosting a final playtest event in the game as well as in their community Discord. More details about that will be coming in the next few weeks. The developers also stated that anyone who spent money within the game on microtransactions will be properly refunded. They have also disabled the ability to purchase the games in-game currency.

While Crucible may not have found the audience that Amazon had hoped for. It is always sad to see games fail and not hit the ground running. Games like Drawn to Death and Lawbreakers have all suffered this fate sadly. Here is hoping that the team will find success in their next project.