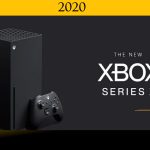 You are reading
Xbox’s Year In Review For 2020

It is hard to argue that any other brand in the video games industry grew as much as Xbox. This all happened in an unprecedented year. A year that caused every industry on the planet to change the way it conducts business. Microsoft had a wild year. From the highs of releasing their next generation of consoles to the lows of having to shutdown the their streaming Mixer platform. One thing seemed to be constant: a commitment to the gamers and delivering on those commitments. Looking back on what Microsoft and Xbox have accomplished in 2020 is both gratifying and surprising.

Hype pouring over from the 2019 TGAs

An advantage that Xbox had coming into 2020 was the hype built from The Game Awards. In December 2019, Phil Spencer took the stage to do something uncharacteristic. He revealed what the next generation was to become on someone else’s stage. The Xbox Series X was revealed not only by its name but also a form factor. Additionally, Xbox also revealed Senua’s Saga: Hellblade II from the recently acquired Ninja Theory. This not only pleased fans but also made many gamers excited for the next generation of console gaming. The hype began to set the expectations for some and frustrations for others who were waiting on competitors to reveal their hand for the next generation which would slowly be revealed over the next several months.

This was something that no one knew Xbox was going to do. The timing did not bear any resemblance to prior reveals for any company. It was also so secretive that only a handful of individuals knew what was going to be revealed. They even went as far as to practice something entirely different during warm-ups.

When Phil Spencer mentioned that he wanted to reach 2 billion gamers, he meant it. That started with Project xCloud. The cloud tech began beta testing in 2019. It allowed gamers to play from a limited selection of games via the cloud, on mobile service. To many surprised participants, the games [mostly] ran near identical to consoles. with exceptionally low latency. 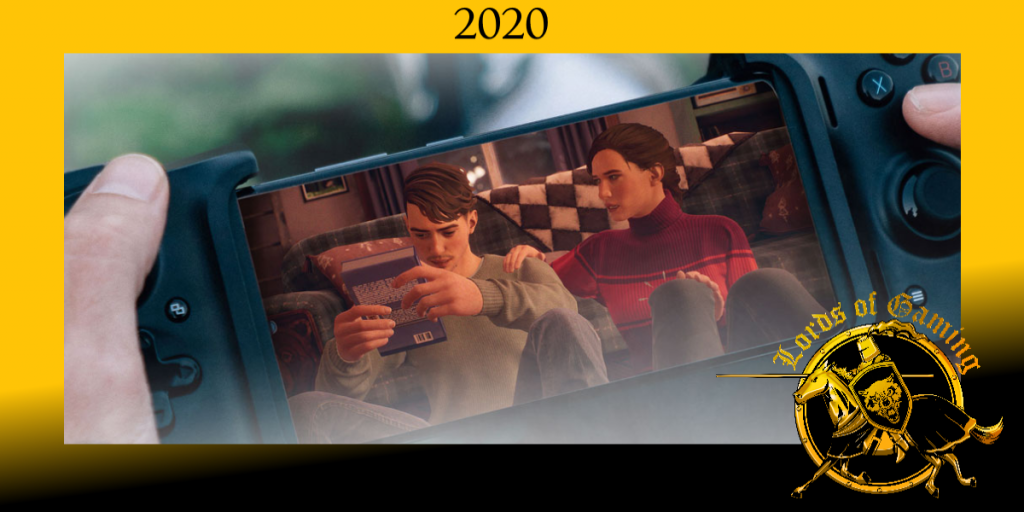 Xbox wanted to leverage the new rollout of 5G coverage across the mainland US. They went as far as making deals with some service providers. xCloud, which was rebranded as Xbox Game Streaming, officially launched in September. It integrated into the Game Pass Ultimate service across 22 different countries. In 2021, Xbox plans to launch the game streaming service playable via web-browsers. This will allow it to directly compete with Google’s Stadia, and Amazon Luna+ which just launched its own beta.

Xbox recognized that in making some changes, they may have to make some drastic offers. By looking at the model that was perfected by Netflix, Xbox Game Pass came to fruition. Operating as a service since 2017, Xbox has continued to build a well-recieved ecosystem. As the service has grown, it has seen many AAA titles come in for a time as well as  top tier indie titles.

2020 is the year that Xbox Game Pass began to not only grow but exceed expectations. This September, the service was  reported to have exceeded 15 million subscribers. Lockdowns and restrictions only helped drive this count as many may have been more parsimonious with money. 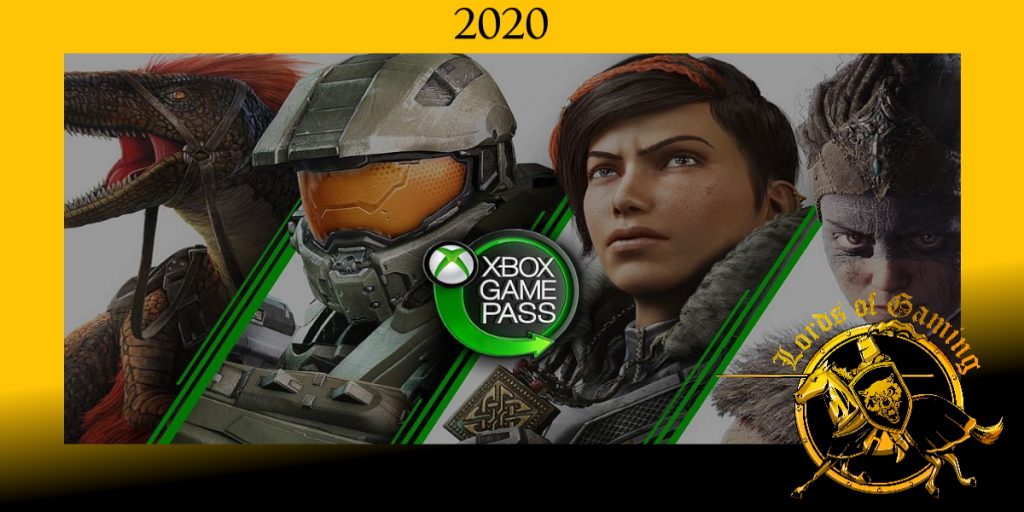 As Xbox continues to expand its studios, it also means more “day and date” titles will find their way to Game Pass. While Bethesda has been no stranger to Game Pass, or even its relationship with Xbox, more titles from the publisher have been finding their way into the service. In November, Game Pass on Xbox and Android also brought EA’s subscription EA Play into the Game Pass Ultimate tier, providing this service to subscribers at no additional cost.

Recently, Phil Spencer mentioned on Twitter that the company likes the possibilities of a family plan, which could provide even more benefits for multi-Xbox homes. While nothing is set in stone, it is one more benefit that Xbox is looking to add that will only bolster the already lucrative service.

The service was not without any bumps in the road though. Apple pulled the service from the Apple Store in August. This is part of a larger crackdown on 3rd party apps bypassing the Apple purchase restrictions. Xbox has committed to ensuring that gamers on Apple will be able to continue to use their service, announcing a spring 2021 launch back into iOS.

The Behemoth of Bethesda and Partnerships

For years, Bethesda has been in control of some of the most beloved franchises in the world. Every few years a new title or spinoff for The Elder Scrolls or Fallout gets released to massive excitement. They have also done a fantastic job building out their mid tier portfolio. Games from id Software, the Dishonored franchise, and others fill in the gaps between massive releases. Even with blunders such as Fallout 76 and Brink, Zenimax knew the studio’s value. More importantly, they knew it was time to sell. Rumors had been circulating for years that the publisher was shopping the development and publishing studios, even going as far to say that Sony was interested.

On a fateful September morning, many gamers awoke to shock that Microsoft had announced its intention to acquire Zenimax’s game publishing and development arm. For years, studios like Bethesda had remarkably close relationships with the teams at Microsoft, so it makes total sense that the acquisition would be a possibility. The acquisition is anticipated to be completed by 2021, but for 2020 it generated a massive amount of excitement and marketing that helped continue to power Xbox in the headlines. 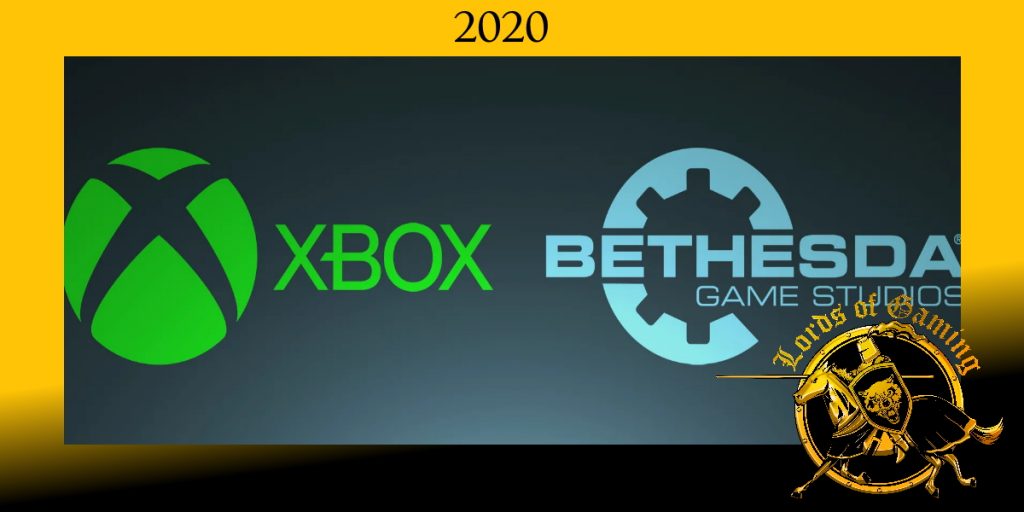 Bethesda was one of many acquisitions to add to the list of top partnerships the company formed. In February, Xbox also formed a partnership with Samsung which was extended later to bring a specialized app to the Samsung Galaxy store. Other deals saw Xbox consoles and Samsung TVs bundled. As we suggested, this deal may also bring more cooperative deals between the companies going forward. In November, Xbox and LG announced an exclusive marketing partnership for LG’s new OLED TVs that would showcase the power behind the Xbox Series X. Additionally, in September Xbox and T-Mobile announced a partnership that would include optimization for Xbox’s mobile streaming services and T-Mobiles newly launched 5G and LTE networks across the mainland U.S. This continued to show other companies have great belief in the Xbox brand and what the company was doing to move forward after a less than stellar previous generation.

While we knew that the Xbox Series X was heading to store shelves, the biggest kept known secret was that of the Xbox Series S. Many sources suggested that there would be two SKUs. Often what the SKU would be seemed to vary. At one point, many outlets declared the second SKU to be either non-existent or canceled. In early September, Xbox finally revealed the Series S, a moderately priced disc-less console.

The idea behind the Series S was simple. Create an entry point to entice buyers that may not necessarily have a need for top tier graphics but wanted to play games going into the next generation. The announcement was shadowed by the competition. Sony announced their own diskless version of the PlayStation 5. This was a move that Xbox did not expect, but felt confident that the lower entry, coupled with Game Pass, would be enough to entice new gamers into the ecosystem. Their bet has been accurate, as the system sells out as fast as the other consoles, almost instantly.

Launch of the Xbox Series X

November 10th, 2020 was the official day for Xbox to launch into the new generation. While pre-orders started in September of 2020, it didn’t stop the launch from having its own headaches. Like other consoles and popular PC upgrades from before and after, the launch had and continues to be plagued with shortages due to a pandemic as well as scalpers. As for those who successfully purchased the console, it seemed to be what was expected. Games with visual and fidelity upgrades, drastically faster load times, and most surprisingly a quick resume feature that became an instant hit.

Some concerns with games did become a headline. Many games did not seem up to par with their PlayStation 5 counterparts. However, many of those in question began to receive updates that put them on an even playing field. So far, nothing seems to be a major concern at this time, yet it is only a month since the launch. Only time will tell if there is something yet to unfold.

So what does 2021 hold for Xbox? While we currently await the launches of Halo Infinite, new releases from recently acquired developers, and other unknowns, we can only speculate. One thing is for certain, despite 2020 not being a great year for everyone throughout the world, the year was a fantastic one for Xbox. It is hard to imagine Xbox will top what was accomplished in 2020, but with this sort of momentum, anything is possible.