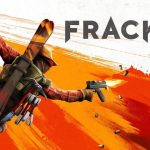 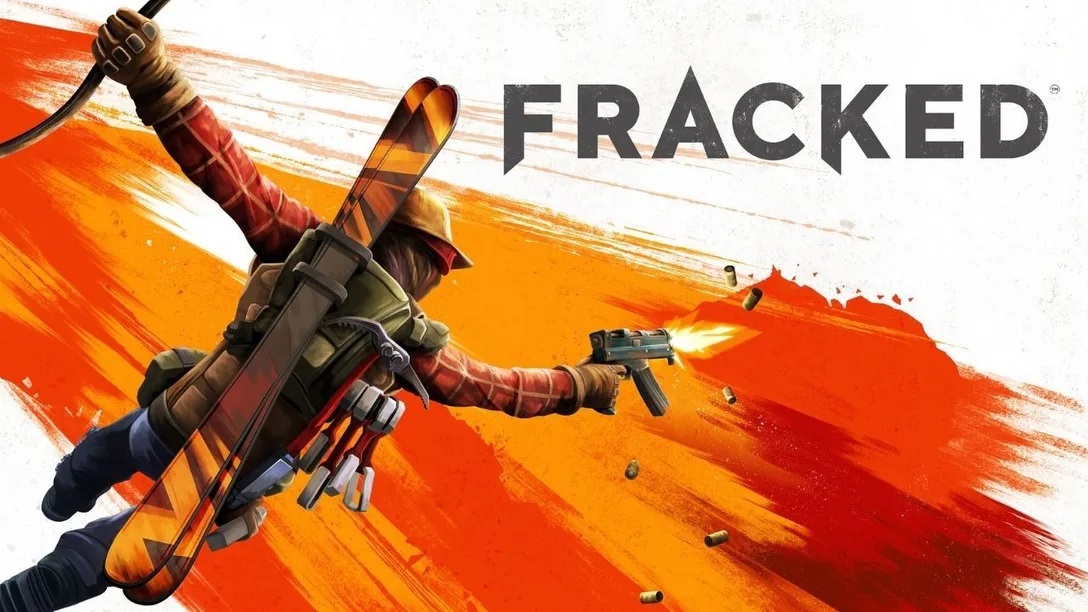 The last few months of this year for our believed PSVR have been trying for fans of the platform. Although the small group of games from this year has delivered some of its better titles. With last month’s Sniper Elite VR, we saw what the old dog was still capable of. Now, we have Fracked, a PSVR exclusive free-roaming first-person shooter, that could be the first hint of where we are headed when it comes to PSVR.

One thing I love about Fracked is the constant reminders of classic FPS games from the not-so-distant past. Fracked calls to mind the glory days of games like Goldeneye, Turok, and XIII. Games where cover meant ducking behind random boxes and trees, before the days of automatic cover systems. These ultra-linear shooters had a nice mix of narrative and action that Fracked walks well.

Fracked takes that late 90’s FPS aesthetic and brings it into VR in a fun way. For the most part, I hate the PSVR Move Controllers and will take the AIM or DualShock any day over the outdated Move Controllers. The lack of an analog stick is usually a deal breaker for me. Therefore, I entered by time with Fracked highly skeptical; yet Fracked found an interesting way to make it work.

To move in Fracked, you hold down the center “Move” button on the controller in your non-dominant hand. Which can be changed to your left or right hand in the options menu. As you hold down the button, where you point your hand is where you move. This occurs in conjunction with using face buttons to turn left and right, just like any other VR game with teleportation movement. What is new here is the free movement from the non-dominant hand. This is a fantastic replacement for the traditional VR teleportation movement that makes games feel cheap and on-rails. 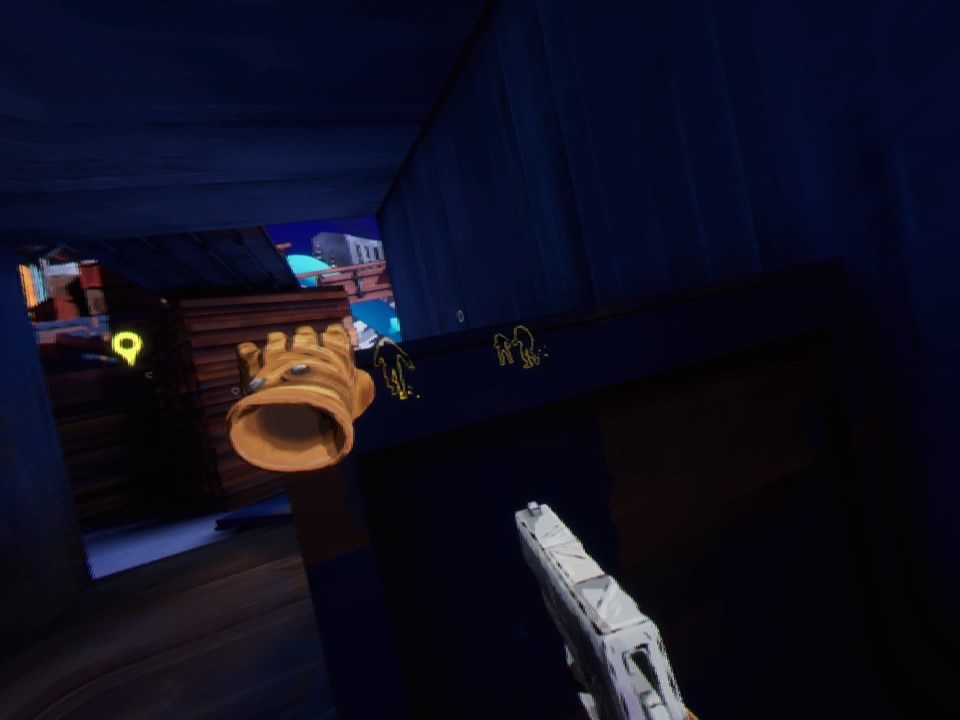 Captured directly from the PSVR headset.

Once you get the hang of the movement, Fracked really delivers with stellar shooting mechanics. While the right trigger is used to shoot, you use the “Move” button on the dominant hand to eject the mag. Then you physically use your hands to insert a new mag by pushing your hands together. This is followed up by racking the slide on the top of the gun to load the barrel. Both the movement and the reloading feel smooth and work well. If you dislike the Move Controllers as I do, there is nothing to worry about here.

Once you become acclimated to the basics, Fracked has a unique way of introducing cover into VR. During combat, you need to grab onto an object and pull yourself in front of it for cover. While I prefer standing while playing VR and physically ducking for cover, this will be a convenient combat system for VR players who prefer to sit. Unfortunately for me, Fracked does want the player to be sitting while playing.

It is a shame that smooth gameplay requires the player to sit. This breaks the immersion in a jarring way. Fracked has spectacular VR action moments that are diluted by not being able to align your body with the game.  Hanging from ledges, climbing up a falling train, and riding a helicopter make up some of the more intense VR moments.  Though these moments do not hit quite as hard as they could have when you are seated on your couch instead of moving with them.

From a visual standpoint, Fracked is rock solid. During the intense action moments, the movement never made me “VR Sick” or nauseous. As for the art direction, I love the Borderlands-like hand-drawn textures. It helps this low-budget indie title shine without having to render great detail.

There Will Be Jank 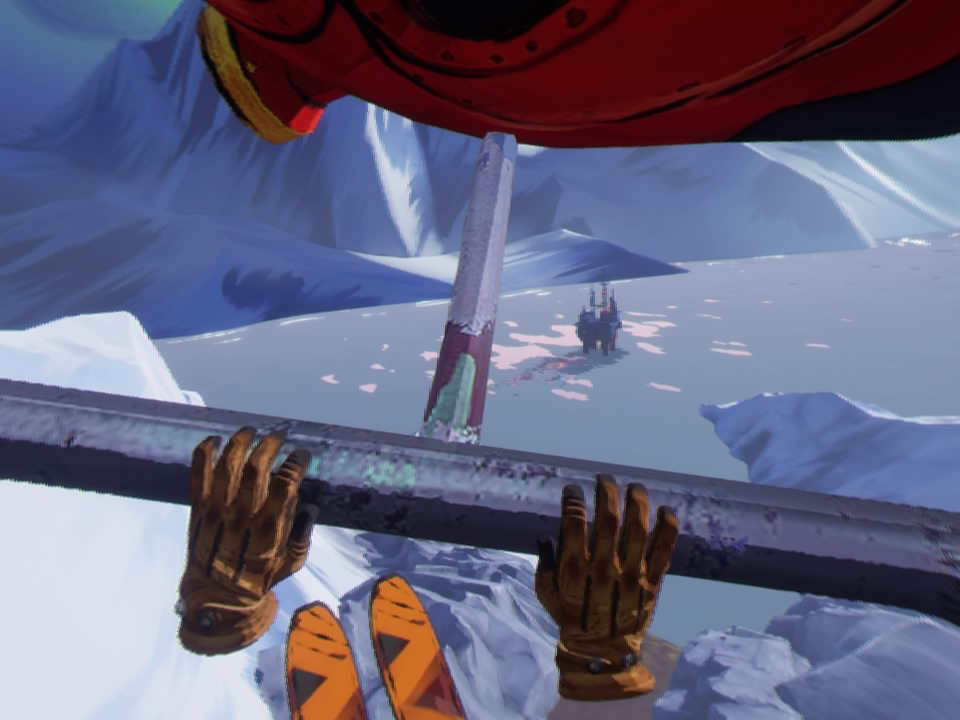 Captured directly from the PSVR headset.

Fracked takes place in a fracking mine where a mysterious event has transformed the miners into hostile monsters. Your protagonist is, by all accounts, an inconsequential retired soldier caught skiing in the area. The premise is straight out of games like Half-Life and Doom 3. Yet the story fails to flesh out in any way. Calling the story half-baked would be a compliment to the crumbs Fracked gives you. The story takes place over eight missions, but the narrative is really secondary to the great feel of the game. The campaign should take somewhere between five and eight hours to get through depending on your speed.

Another disappointing component of Fracked is the abundance of “jank” the game has. Sometimes enemies would spawn right where I was, not near me, not behind me but, on top of me. Picking up weapons is the same exact button as the fire button so often as I picked up weapons, I would fire rounds off. Navigation is also an issue. I could not tell if I needed to run forward to clear an area or if I needed to defeat all of the enemies in the area to be able to progress. After respawning, some things on the map would be left over from the previous save, such as mines dropped from an enemy. While other objects in the game like, ammo crates and barrels would be gone.

These are not game-breaking bugs but small things that make the experience feel cheap and rushed. It is a shame that Fracked has any technical problems at all, especially given the lack of content. The three or four different enemy types make the game feel more boring than it actually is. Plus the entire game can be beaten in a weekend.

Another Worthwhile Add To The Library

While it has its problems Fracked is a nice addition to the PSVR library. If you only play on PlayStation and yearn for retro shooters, this is going to scratch that itch. A lack of content in what will be the hardware’s final year makes Fracked one of the few must-own PSVR games in 2021. If I were playing Fracked on just my PS4, I would be disappointed. Given the platform, Fracked is one of the top 10 FPS’s on PSVR. Many of the game’s bad moments are balanced out by its better moments.