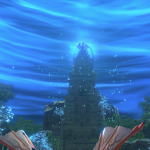 You are reading
Monster Hunter Stories 2 Gameplay Is Perfect 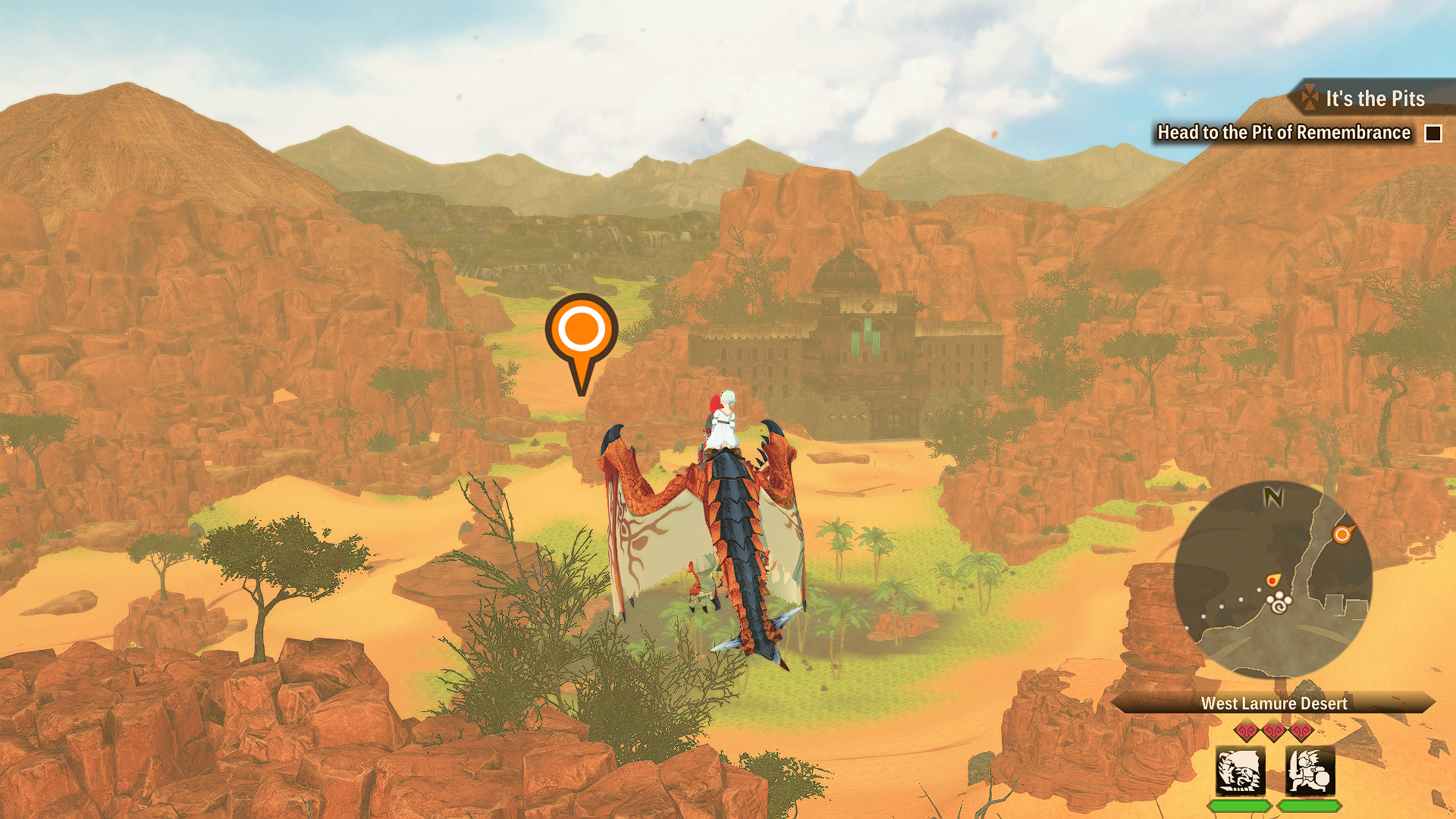 Monster Hunter Stories 2 is a spin-off turn-based RPG set in the famous action-based series, Monster Hunter. While it is aimed at a very young demographic, with a very predictable story. It doesn’t falter where it counts. That being the gameplay, and all of its little subsystems that lie beneath. It has a shocking amount of depth that expands beyond its combat. But to start this explanation, I’ll have to go into the basics.

The series Monster Hunter is known for sluggish action combat. Where players use weapons the size of an entire person to kill dinosaur-like enemies. So translating that into a turn-based system seemed kind of easy. As turn-based combat systems can be fairly slow to match the tactics of the games they’re in. The only hurdle was filling the rest of it in with its many subsystems.

While it starts at a base of the player taking turns hitting a monster. It has a rock-paper-scissors mechanic to the basic attacks. You can either use a speed, technical or strength attack in a head-to-head scenario. If you choose speed and the enemy chooses strength you get dealt a lot of damage and the enemy, a minimal amount of damage, and vice versa. While both choosing the same attacks leads to a fair amount of damage for both. 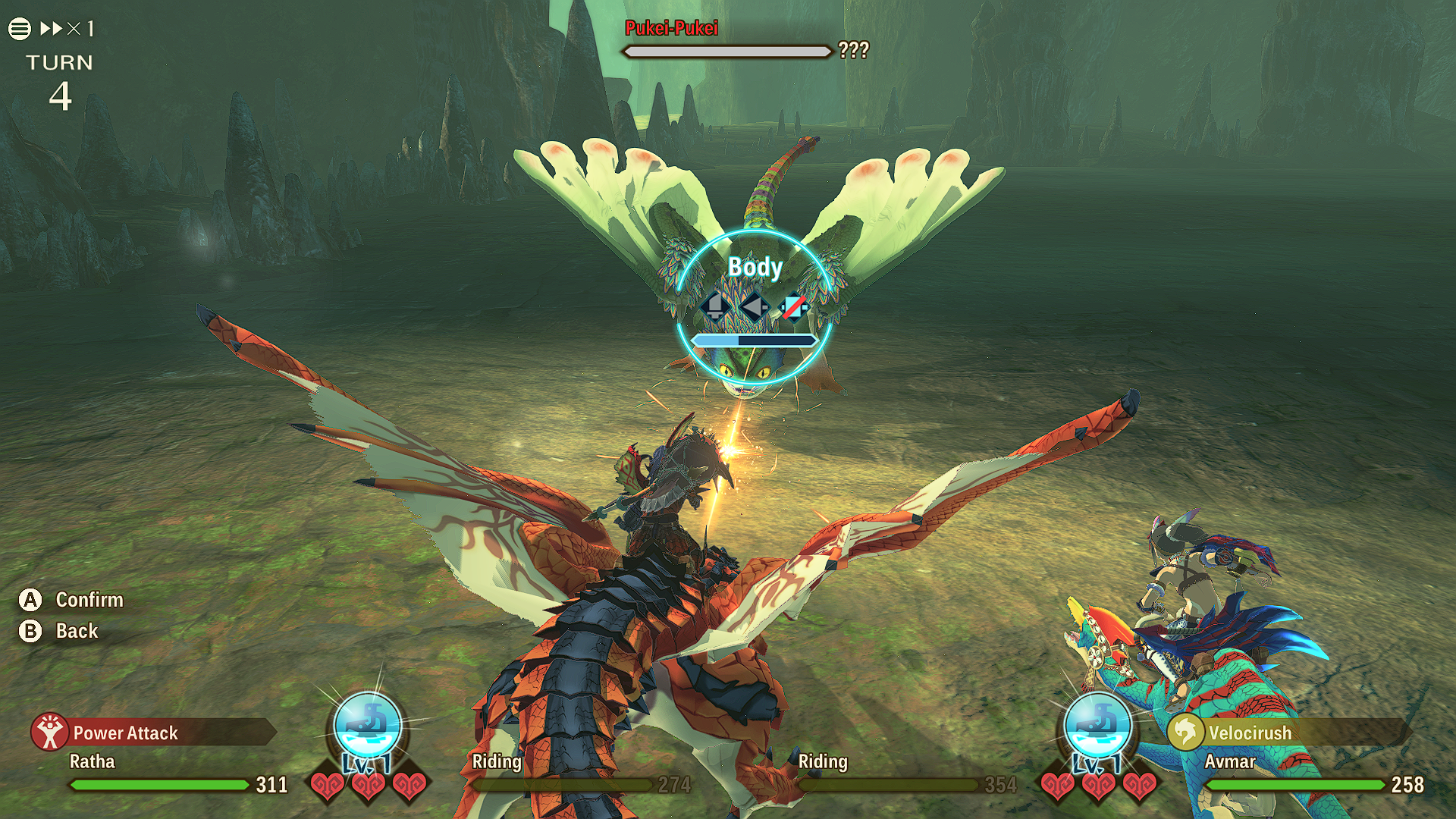 Strength beats technical, technical beats speed and speed beats strength. With the enemy always choosing one in each fight, figuring this system out for starters will maximize damage output and minimize the damage you take. As enemies will always have an exorbitant amount of health, like the regular Monster Hunter series. But your companions also help alleviate this factor.

A Rider and Their Pets

Monster Hunter Stories borrows the core concept of Pokemon in this regard. As players can go out and acquire a plethora of monsters to fight alongside them. But how this differs is the fact the player and monster can synchronize in each encounter. As each monster can use either strength, technical or speed attacks. If an enemy monster is targeting you or your companion, if you both use an attack that beats the enemy head-to-heads, you both perform a “Double Attack” that nullifies any incoming damage and amplifies the damage you both deal to that monster. 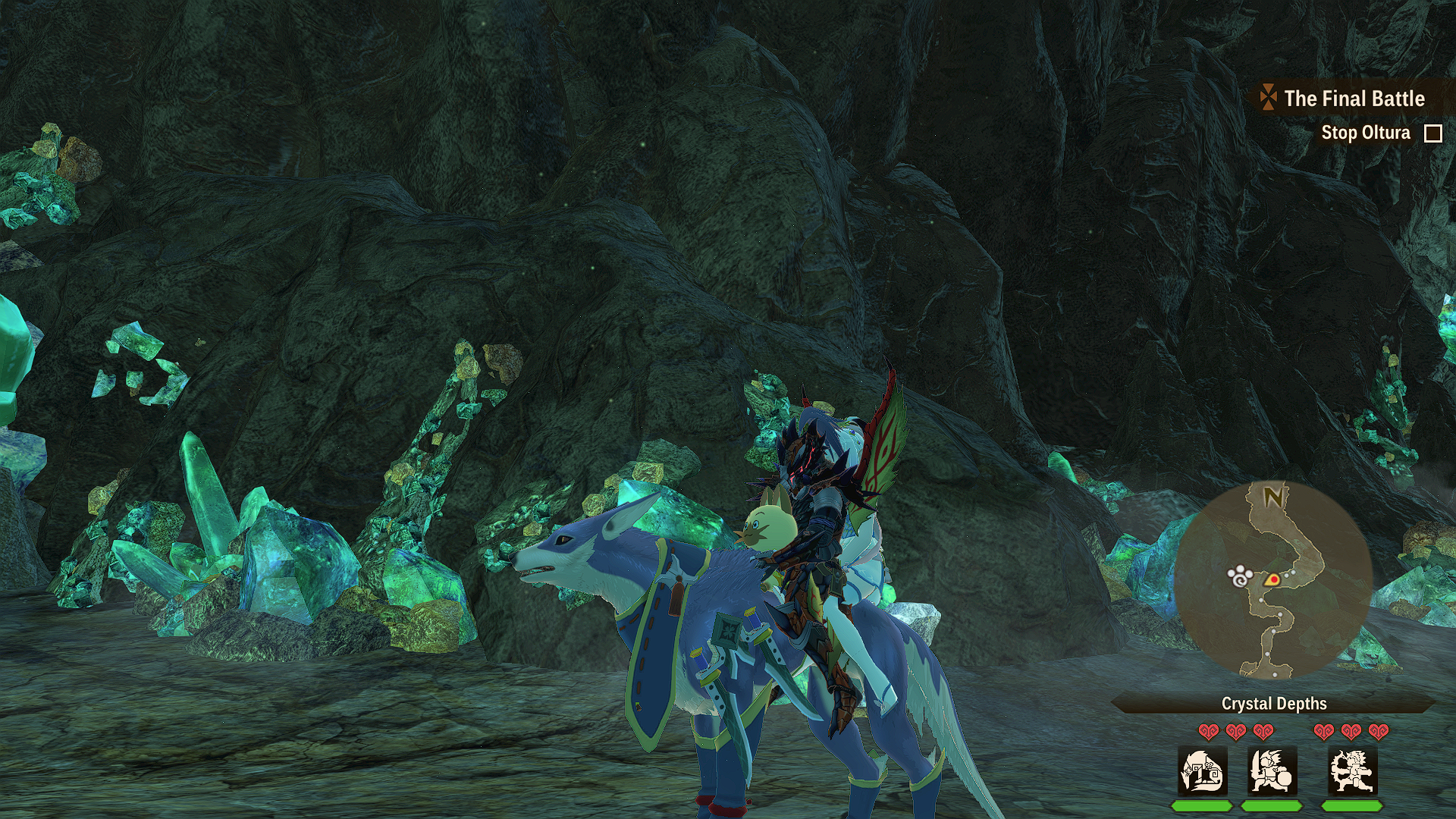 Aside from it being cool to watch, pulling this off consistently is satisfying as you need to remember what the enemy attack is and use the correct companion. You can even choose certain high damage attacks your companion can use to boost the damage of the double attack.

An Arsenal of Unique Weaponry

As stated earlier, the weaponry in Monster Hunter Stories is pulled from the main series person-sized arsenal. They fall into three categories for the six variants.

Each weapon hosts a unique way to fight. For example, Heavy Swords use the kinship gauge to do certain attacks to fill another gauge that can be unleashed for a multi-targeted high damage swing. Hammers benefit from winning head-to-heads, as winning one fills up one portion of its own gauge and after winning three you can unleash a single targeted high damage swing to an enemy. While Bows can charge themselves to give up a turn but use special moves like a multi-hit rain of arrows or a multi-targeted rain of arrows. This can sound repetitive but certain weapon variants have different special moves.

You can’t survive in Monster Hunter Stories by living off the land. You will have to fight monsters as you’ll need their parts to craft weapons and armor. Each monster will have its own unique set of weapons and armor to craft. But you can’t rely on one set for the rest of the game. You will need to constantly replace your gear, but luckily monsters aren’t stingy with their drops. As you can reasonably get enough materials from beating just a few of each monster. 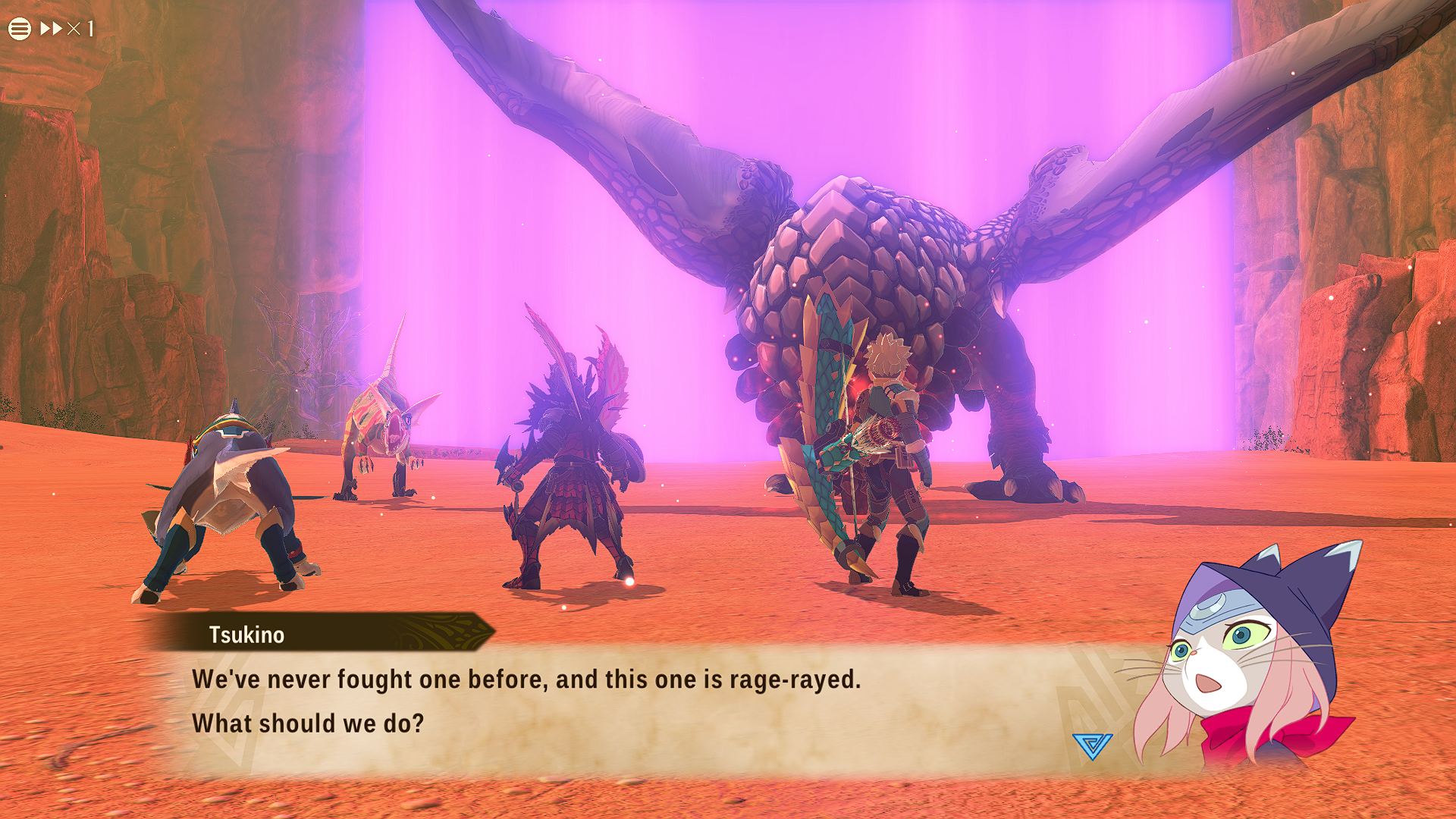 Every monster will have body parts you can target and do enough damage to break off. This is where the weapon types shine, as certain parts will be weak to either: Sharp, Piercing, or Blunt damage. Swords are best for sharp, bows and gunlances are best for piercing, and hammers and hunting horns are best for blunt damage. Breaking off parts can also knock over a monster leaving it vulnerable for a turn. So if you saved up enough kinship gauge to use special devastating moves, this is the time to spend them.

But while this is used for farming, certain monsters lose abilities after you break off certain parts, especially if they’re enraged. If you take down monsters fast enough with finesse you can gain enough points to unlock more part drops. It marries combat with the necessity of farming to create a very engaging core experience. However, there are still so many more intricacies to delve into.

Dealing damage mostly falls to the rock-paper-scissors style of head-to-heads. With a fixation on weapon types to break off parts to make farming a breeze. But Monster Hunter Stories also carries with it some passives that you can take advantage of. Like elemental damage types for each weapon where one can be effective towards another and vice versa. Armor and talismans can offer unique buffs to things like health or head-to-head damage and critical attack chance.

While companions can also have their genes spliced. Each monster will have a certain amount of genes that can be unlocked over time as you level up. If you use a channeling technique you can take genes from excess monsters you collect and splice them into different monsters. These passive abilities can actually cause damage bonuses for certain monsters. So exploring the copious amounts of monster dens to find eggs to hatch is very important to maximize the potential of your party. 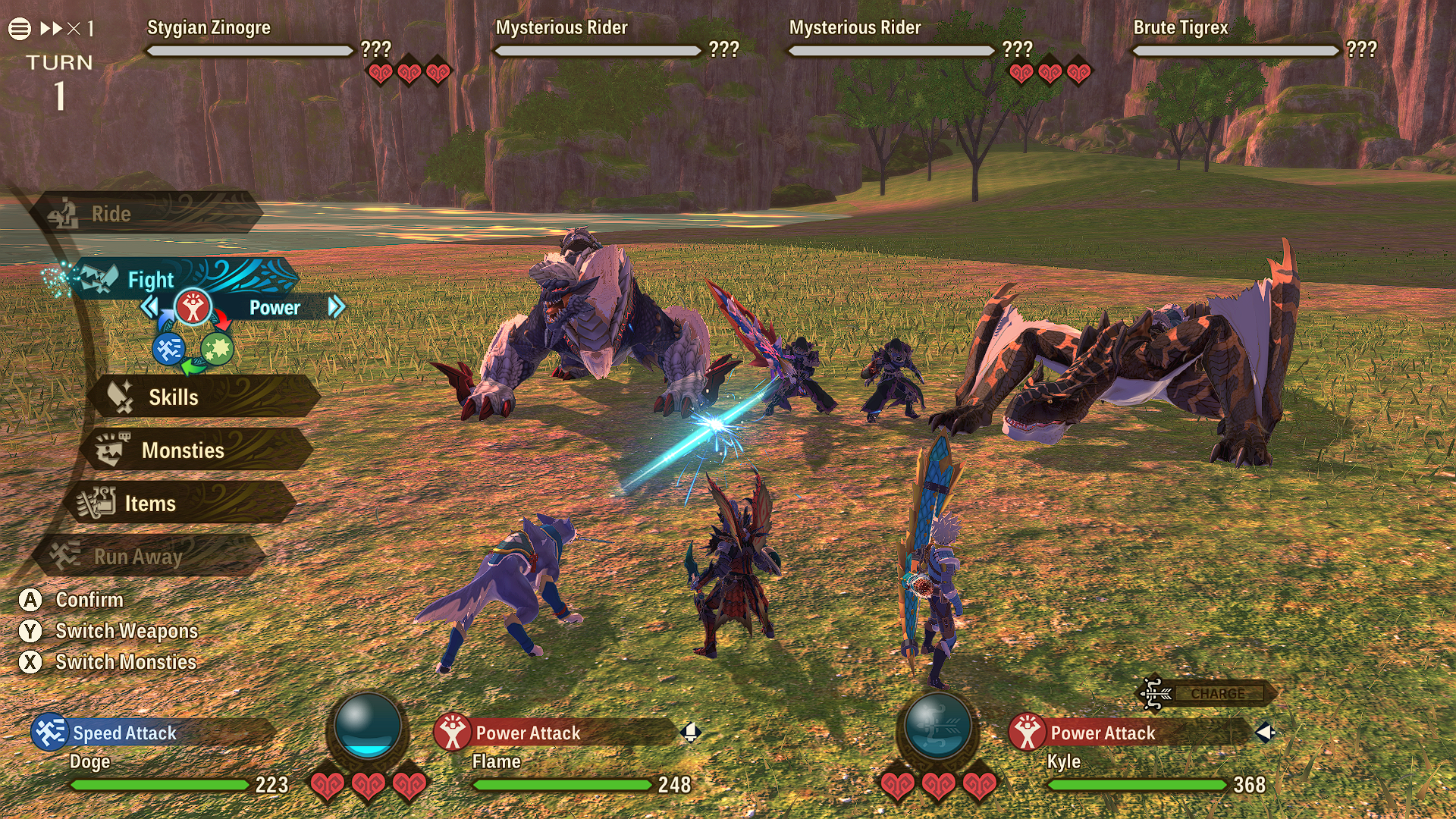 Especially when you get to the later stages of the game where you have to fight NPCs and their companions who play by the same rules as you do. Ignoring any facets of this system can be detrimental, and it’s awesome knowing that it is important. As mastering, the gameplay systems yield great rewards.

I play many turn-based JRPGs like Cris Tales, Astria Ascending, Yakuza: Like a Dragon, Dragon Quest, and so on. Seeing a game like Monster Hunter Stories where it marries the gameplay with all of its subsystems is extremely exciting. Even companions have traversal mechanics as well, like in Dragon Quest. You can fly across entire zones, dig into holes and come up to different areas, climb vines, jump over ledges and even walk through lava.

Capcom created one of the best turn-based systems I’ve ever played and I hope other series in the genre will take notes. Because it’s genuinely refreshing, fun, and incredibly engaging. If you have a Nintendo Switch or PC, you should definitely give the game a shot if this staggering amount of depth sounds up your alley.

Thank you for your time!