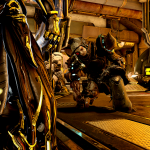 You are reading
The Warframe Nemesis System is Imperfect

Warframe is a game of many, many systems. Whether that be simple ones like modifying weapons, companions, and Warframes. Or harder to grasp ones like the games hyper-mobility and parkour. Which allows players to use the environment as a tool to add to their capabilities. However, the one that I’m here to talk about is one that is tied to the endgame in Warframe. One that I believe is interesting, but is marred by its tedium. 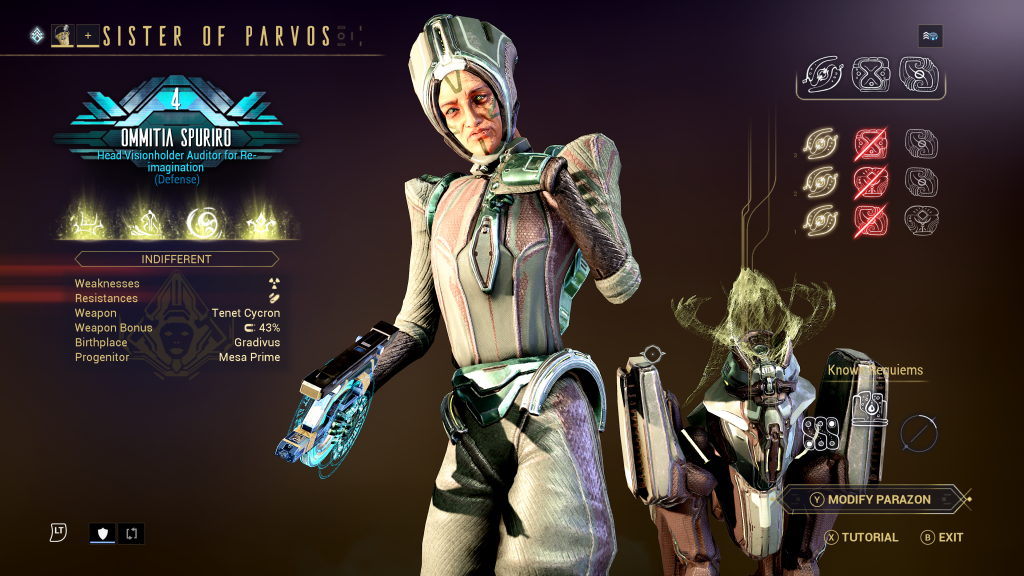 This would be a system similar to the “Nemesis System” from Middle Earth: Shadow of War. This was brought into the game over two years ago. These can take the form of two different types of enemies. Kuva Lich’s in the Grineer Faction, and Sisters of Parvos in the Corpus faction. They bring with them many challenges to overcome for worthy rewards. But let us start by breaking down how this all starts in Warframe.

After acquiring a Railjack in Warframe. You can find these enemies in simple ways. If you are searching for a Lich, you just need to do a mission that is level twenty and up and hope you get lucky. While Sisters will require you to do a Nightmare Granum Void run that requires a Zenith level coin to activate. They will appear as standard-looking enemies, but once you defeat them you have the opportunity to “Mercy” them with your Parazon, an Assassins Creed-like accessory for your warframe. 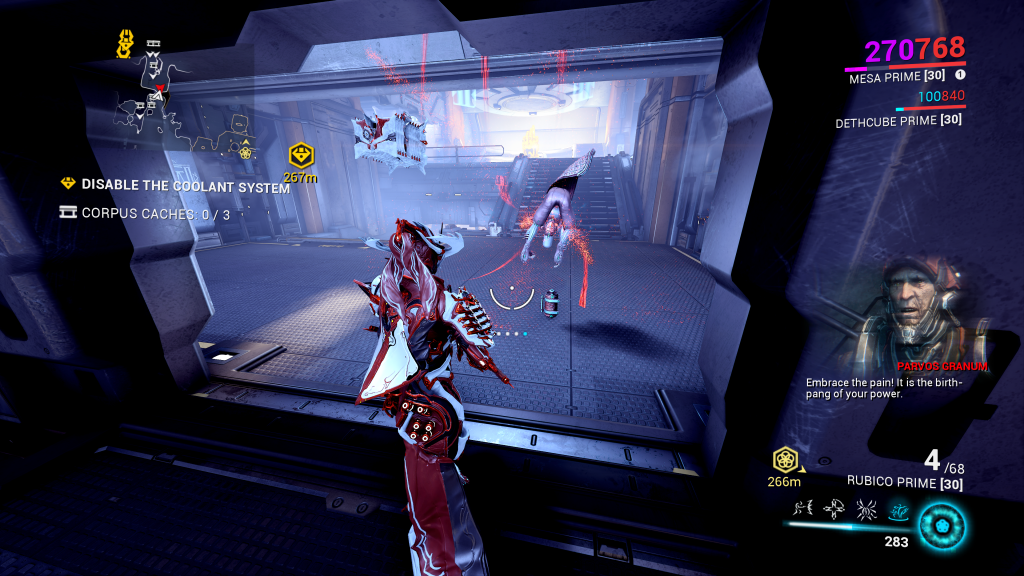 After you mercy them, they will then get revived and disappear. Once completing the mission you will see that they take over entire worlds and you have to begin hunting them down. This will require you to go into a world they control, kill certain enemies and lure them out over time. This leads to multiple confrontations with your nemesis that will require you to use specific items to truly weaken them. After you use a correct set of items unique to that nemesis, you can then chase them into space with your Railjack and fight them one last time. 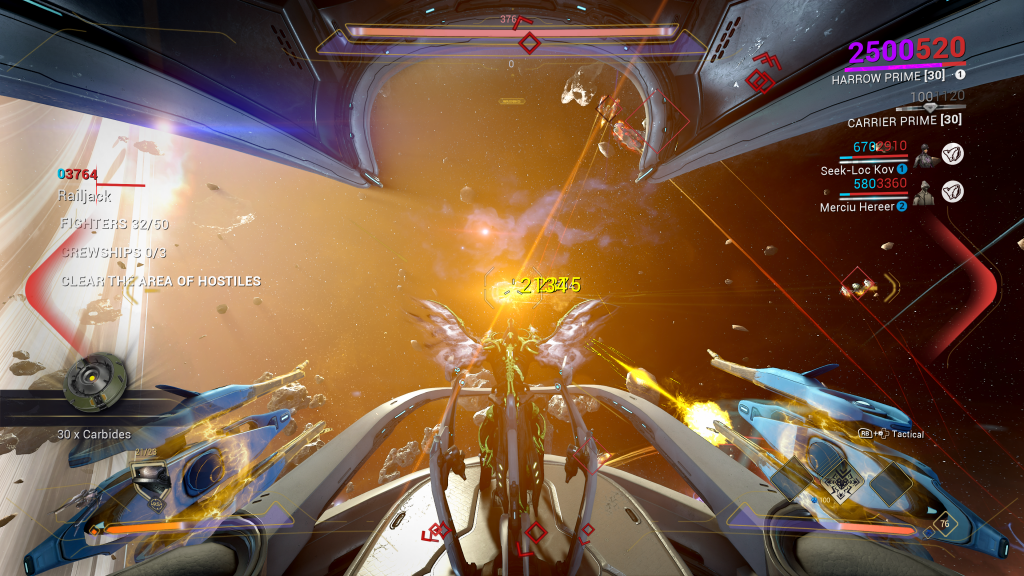 Once you kill them, you get their unique version of an already existing weapon. Such as my first Lich having a grineer pistol or my second Sister having a powerful shotgun. How these differ from their already existing versions is by having unique functions. Like the pistol firing in three-round bursts or pressing down on the right stick of a controller to fire all shots in one go. Or the shotgun being massively improved in its stats and having the ability to have its shots ricochet off surfaces.

These sound like excellent rewards, which they are, but this process is very drawn out to the point of discouragement.

Guess Work in a Challenging Environment

The guarantee of finding a nemesis is great. However, the weapons you seek are never completely guaranteed. A Lich can be found easily and you can choose to ignore the mercy if the weapon they carry isn’t what you’re looking for. Sisters on the other hand require a high-level dropped item from an enemy in a specific zone type to find. So you will have to farm these coins and hope the sister that shows up is carrying a highly coveted shotgun.

Another problem with the weapons is the fact that each weapon has a unique additional damage type attached to it. I didn’t learn until reading the Wikipedia pages for these enemies that my choice of warframe dictated which damage type was assigned to that weapon. Even then, the damage type is randomized in its own category. It’s confusing when it doesn’t have to be. Like the items required to weaken, and then kill a nemesis. 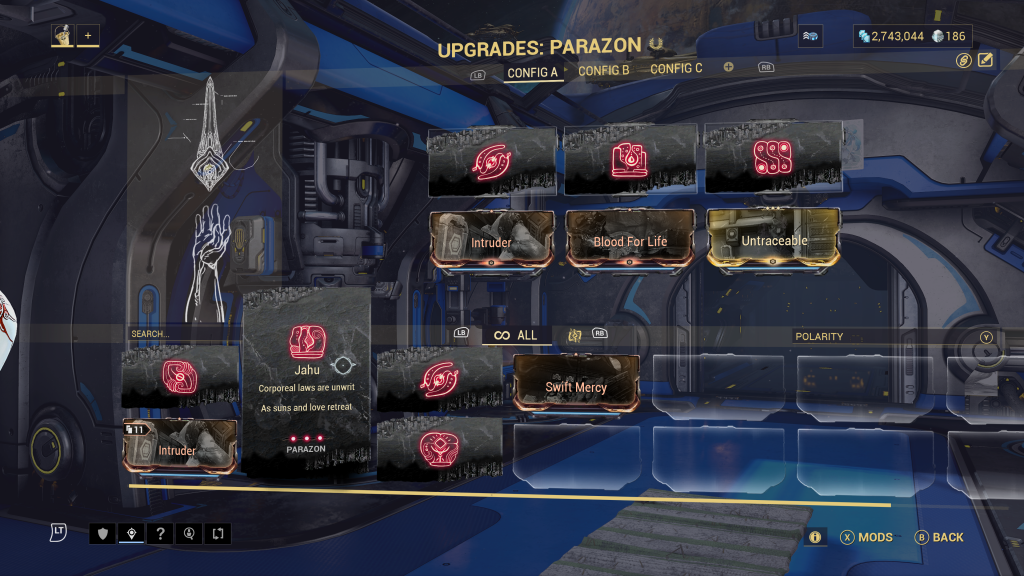 Certain items called “Requiem Mods” can only be acquired by opening a requiem relic that is dropped from the specific enemies a Lich or Sister commands. This already sounds tedious and it is. But the specific mods you need are a mystery until you kill a certain amount of these enemies. However, this gets even worse, considering you need to place these mods in a specific order. That you will have to confront and try out the combination until you weaken your nemesis. Which is especially annoying.

If you were lucky enough to get all of the mods from opening relics with other players. It is only a matter of eliminating the specific enemies until you know which ones to use. But not having a hint of which order they need to place in the parazon can make what could have been a couple of hours of work into an even longer venture. One that will eventually grate on my patience to the point of avoiding this system altogether. 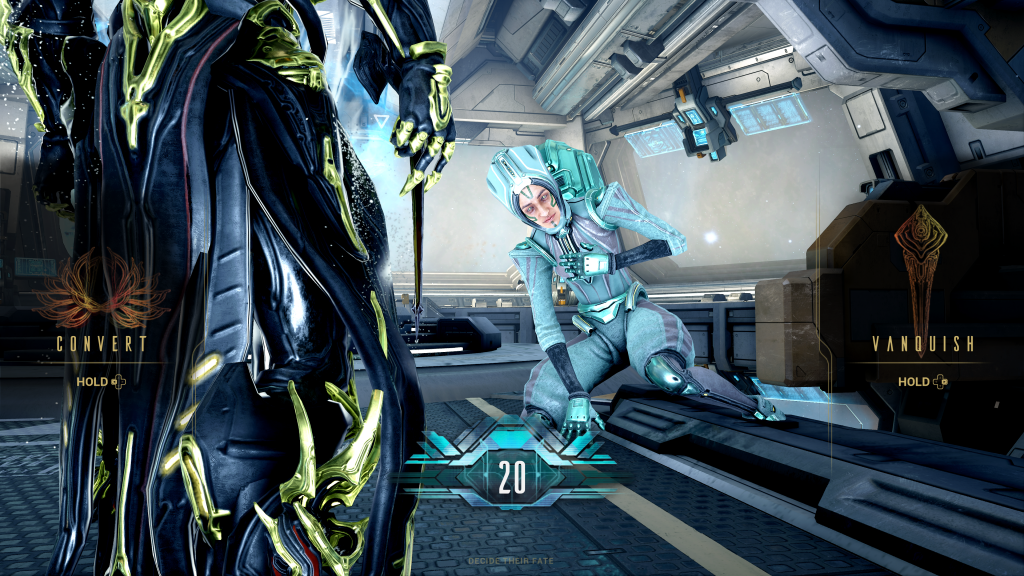 The silver lining of this system is how interesting it is. Each nemesis will have a unique name, remember where you mercy’d them and which warframe you were using at the time. The specific weapon you earn from them will even have their name on it. When you run any type of mission in a world they control, they take some of the rewards you were supposed to get while taunting you. You even have the choice of letting them live instead of killing them. Which will give you the option of having them as an ally for other missions.

I enjoyed the hunts for the most part. But when I could tell my time was being wasted? I wanted to stop dead in my tracks. But the urge to get back my stolen goods and a unique weapon to remember them by was a temptation I can’t control. This system is far from being a perfect addition to Warframe but I can see myself searching for weapons I really want and then stopping completely to avoid the burnout.