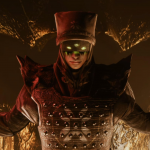 You are reading
Destiny 2: Season of the Haunted Final Thoughts

The Witch Queen kicked off an exciting new year for Destiny 2. Additionally, its launch was strengthened by Season of the Risen and Void 3.0. Bungie has carried the momentum with pride within the studio. However, does Season of the Haunted deliver? Find out down below. 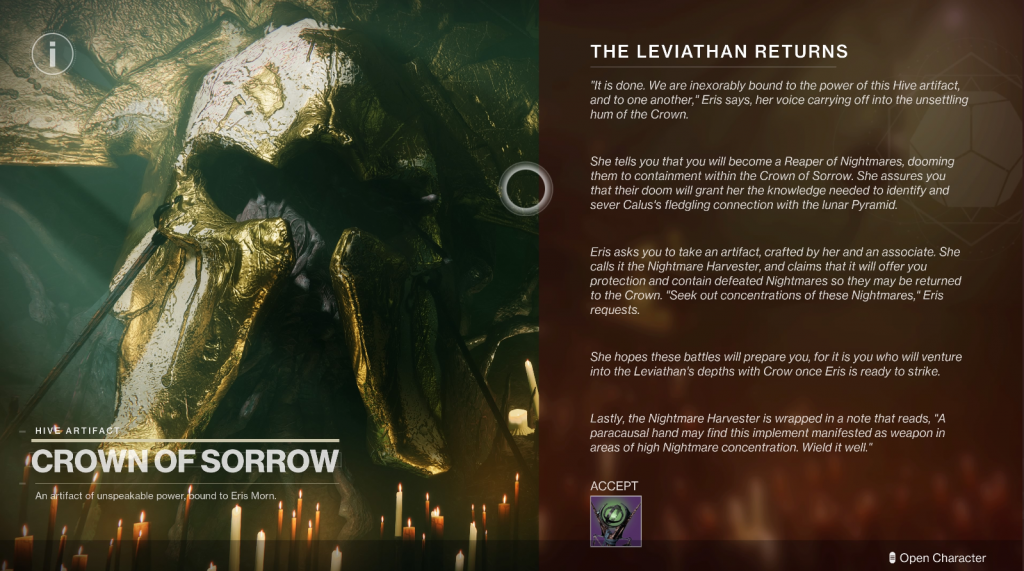 Read More: Could Compulsion Games New Title be at Gamescom?

This season continues the tale of Calus. Calus, the father of Caitl, aims to commune with the lunar pyramid. Specifically, his goals will allow him to herald a second collapse and side with the Darkness. Thus the Guardian must stop him and the newly formed nightmares aboard the Leviathan, Calus’ ship.

Eris Morn leads this venture using Hive magic. Chiefly, the severing nightmare team comprised of Crow, Caitl, Zavala, and the Guardian. However, this is easier said than done. Season of the Haunted rolled out its story cadence in a predictable fashion through Severance missions. One week would focus on a character crippling beneath their nightmare and the next would see resolution. This is not inherently bad, however.

The writing team performed remarkably well with each character, especially Crow and Zavala. Crow finally comes to terms with the past sins of Uldren and gives hopeful aspirations toward rallying his fellow hunters. Meanwhile, players finally peer into the stoic visage of Zavala. This season gave players an unfiltered look into the emotions and burdens of Zavala never seen prior.

The final story beat even tied things back to the Witness and left me with a sense of foreboding. Time and again, Bungie continues to deliver impeccable storytelling. Specifically, this season draws the players’ empathy into a memorable time. These experiences are relatable. 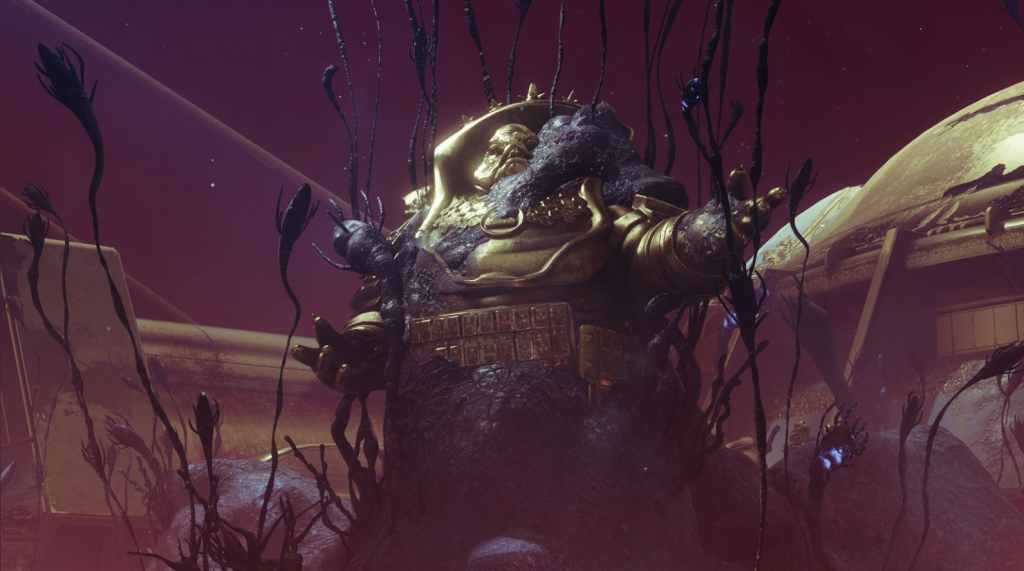 Season of the Haunted reminds us it is okay to be vulnerable. Facing your fear is necessary to heal. Each seasonal story builds upon the human experience in my opinion. Yet, the gameplay loop proved to be its own nightmare this season.

Nightmare Containment served as the premiere activity for Season of the Haunted. Guardians raced around the castellum to defeat rogue nightmares aboard the Leviathan. However, the event functioned as a glorified public event. The node distinction when picking where to spawn on the Leviathan is almost meaningless. Containment begins like any other public event. It can be activated whether you choose the activity itself or simply the public space.

In fact, choosing the activity does not always guarantee a full fireteam in matchmaking. Half of the time I spawned in with the event either over, or short of fellow guardians. The seasonal weapons featured reprisals of fan favorites such as Beloved and Austringer. 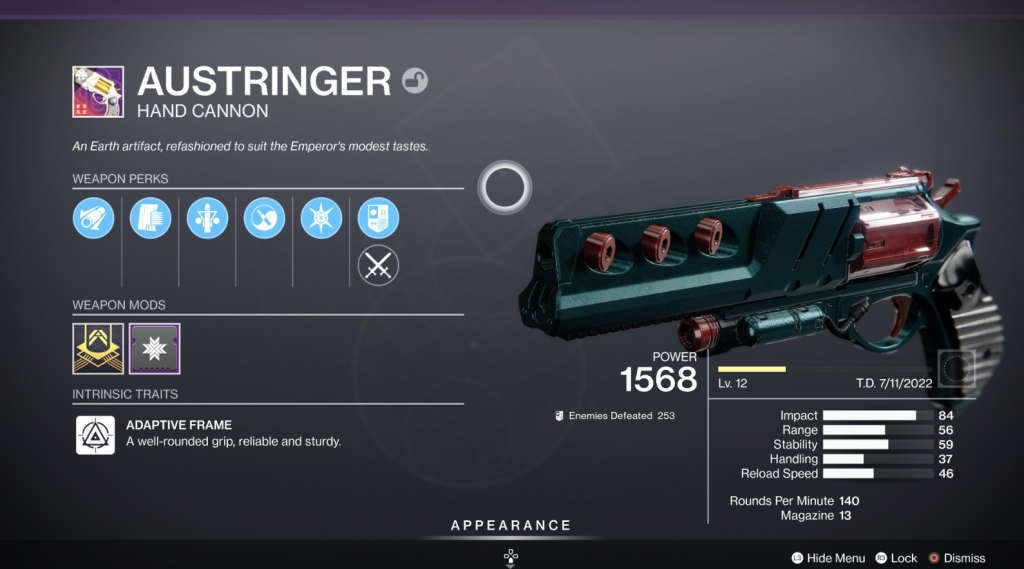 Additionally, they were all craftable. Guardians could even target specific red frames of a specific weapon. This unlocks after unlocking the ability through the helm of sorrow. However, grinding reputation through Containments and patrols on the constricted Leviathan grew tiring after a while. Which is a shame with the return of a beloved destination.

Despite being partially accessible, the new overlay for the Leviathan was never lacking in ambiance. The haunting audio and art direction complemented the horrific nature of Calus’ new transition as a disciple of the Witness. Seeing egregores run rampant aboard the Leviathan and slowly grow in the helm created an air of foreboding that’s further echoed by the season’s epilogue. More on that later. 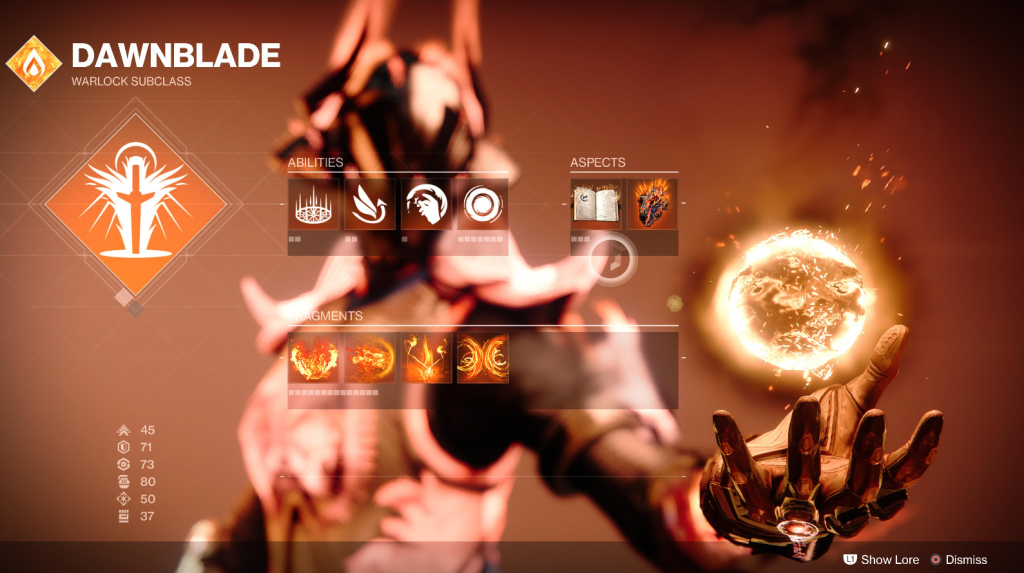 Season of the Haunted introduced guardians to the latest update for light subclasses. Solar 3.0 transformed the sandbox in a considerable way. Each class gained new tools to reign fire upon their enemies. These gave way to powerful PvE builds and an annoying healing meta within PvP.

Classy Restoration is a seasonal mod at the center of core endgame builds for Pve and PvP. This mod activates a powerful Restoration buff when using your class ability. Coupled with tier ten resilience granting major damage resist, this mod could make you almost unkillable in PvE and a terror in PvP. Thankfully, Classy Restoration will retire after this season.

Other exotics coupled well with Solar 3.0. The Destiny community discovered fun ways to revel in the Solar spirit as the season progressed. Overall, this exceeded expectations as Void 3.0 did previously.

This season introduced a new dungeon tied to Calus’ lore. Eris Morn aided guardians with infiltrating the mindscape of Calus in hopes to thwart him and the Witness. The Duality dungeon introduces a new mechanic surrounding Cabal war bells. Ringing these will transport players into an alternate nightmare version of the mindscape.

The dungeon was a fun excursion with an excellent aesthetic of earnable weapons (I found the Hakke armor set to be lackluster). The new Stormchaser linear fusion is the real prize from the loot pool. This legendary weapon sports a new triple burst archetype and will only improve in usage when Arc 3.0 lands next season.

Lastly, there is a new exotic sword to chase from Duality. It synergizes well with Void 3.0. Heartshadow has a chance to drop from the final encounter. Players can exponentially increase their chances by completing the following triumphs: 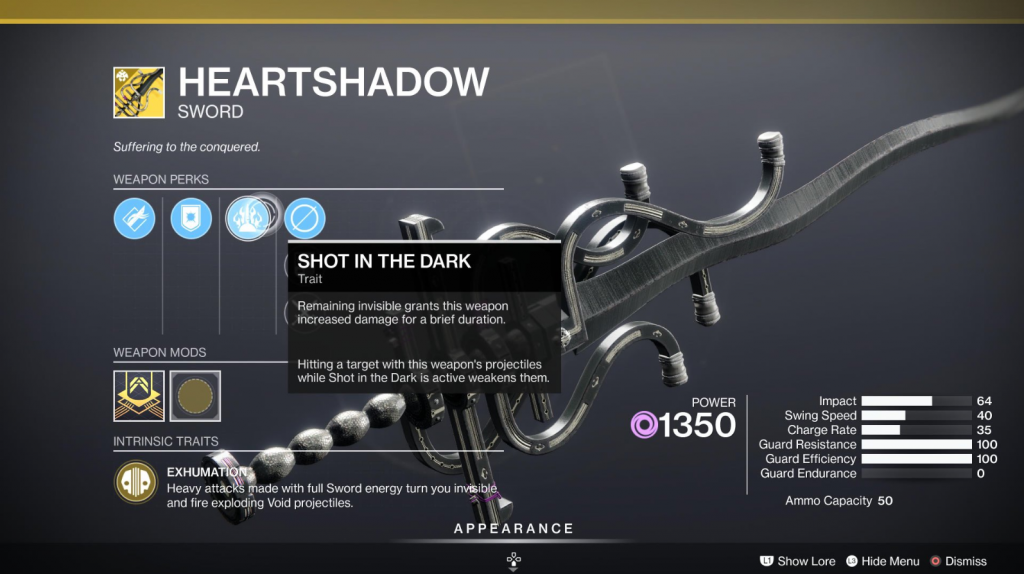 Overall the dungeon performed well in terms of story, gameplay, and rewards. The booming and ominous voice of Calus throughout was spine-tingling. It reminded me of the tense atmosphere aboard the Glykon in Season of the Chosen. In the ranking, Duality is my new favorite dungeon thus far. 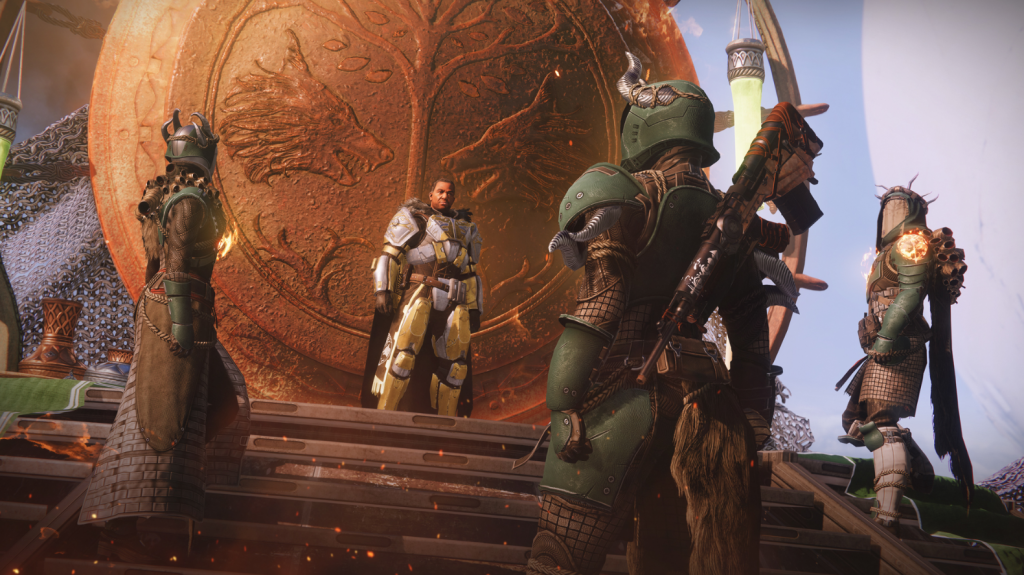 Season of the Haunted also debuted Rift in Destiny 2 through Iron Banner. Guardians fight over a spark at the center of the map to deliver it into enemy territory to score points. The game mode has been modified from its previous version and will be introduced into the Crucible next season.

PvP is in dire need of new game modes. I was excited about the announcement of Rift as I never experienced it previously. Additionally, wearing more Iron Banner gear would increase your reputation earned through matches. This was vital if you wanted to unlock the new Iron Lord title this season.

However, as a solo player, I found the mode and title grind to be less than fun. Despite using freelance, my matchmaking experience was rarely balanced. I am still optimistic about these things improving especially with the soft skill-based matchmaking announcement.

Solstice returns once again. This time, the tower receives a lovely makeover filled with greenery and summertime vibes. Eva Levante (Seasonal vendor) and the EAZ also make their return. Guardians now aim to build a colossal bonfire in the EAZ in celebration and remembrance through Bonfire Bash.

Bonfire Bash was a refreshing sight to behold especially the new armor targeting. After full upgrading, guardians could target specific stats in each armor piece. Overall, high stats would be applied to the armor with two being favored of your choosing. 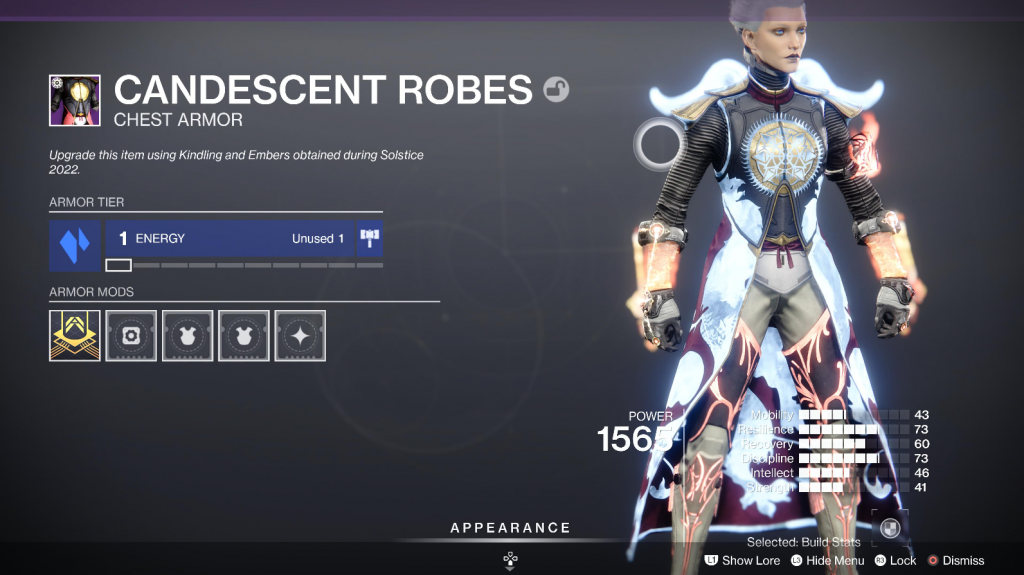 The armor system only allows you to pick one for the highest. However, utilizing an armor mod in your ghost would net you a second high stat. I found this to be the highlight of the event. Targeting specific roles of high-stat armor has not been done this effectively before. Well-rolled armor truly makes the difference in endgame content. The event also introduced an earnable seal with a new title to grind for.

However, I found the event to fall into the same trappings of other seasonal events and grow tedious quickly. Also, I found the new event card system and currency rollout to be far more convoluted compared to the previous streamlined goals for upgrading the Solstice armor.

Season of the Haunted propelled the story of Destiny 2 forward. However, its epilogue of impending doom and consequences requires a payoff sooner rather than later. Season eighteen should tighten the story thread of the Witness by some means. Seasonal stories in the game have struggled with maintaining the overarching narrative in the past.

We still have very little information concerning: Xivu Arath, Eramis returning, Rasputin, and other loose ends. The Light and Darkness saga is coming to a close. All of the key players are coming together akin to an Avengers: Infinity War-style of climactic battles. 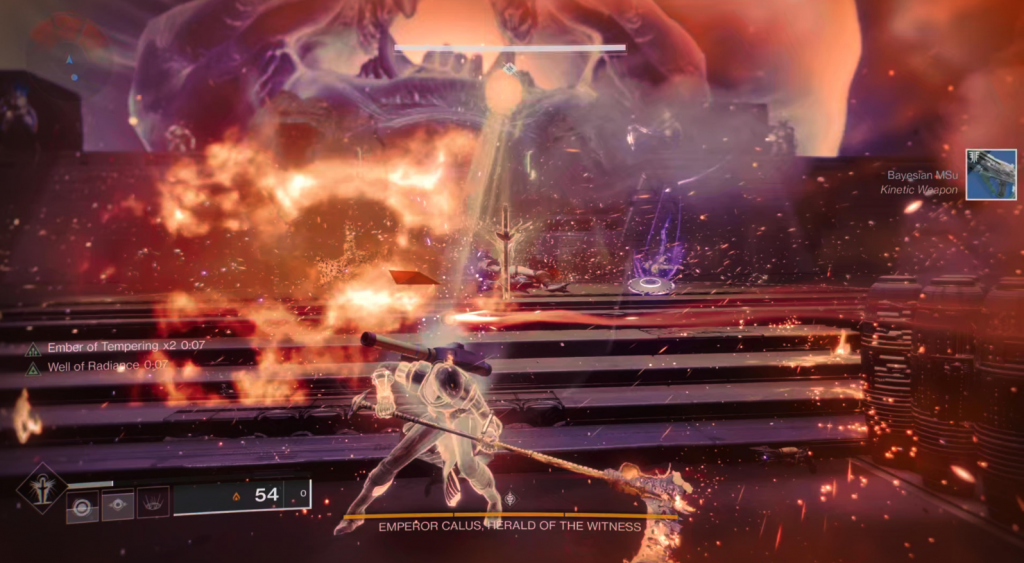 The Lightfall showcase is just around the corner at the time of writing. I hold my breath in anticipation Bungie will deliver an even more impressive expansion than The Witch Queen. What are your thoughts on Season of the Haunted? Let us know in the comments down below. For all things Destiny 2: bend the knee in the realm of Lords of Gaming.