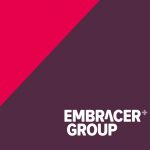 You are reading
Embracer Group to Acquire Limited Run Games, Lord of the Rings and More

This just in, Embracer Group, most commonly known for their random big and small purchases recently, has just entered multiple agreements to acquire a variety of companies and intellectual properties. Most notably, the Lord of the Rings rights.

All of this information comes directly from the company’s site and details the acquisitions for:

Freemode will expand its operating activities in the retro, classic, and heritage gaming category, as well as investing in iconic gaming & entertainment properties. – Embracer

These are the latest companies acquired by them. One of their publishers, THQ Nordic, has recently done a games showcase you can watch here. Where they showed off quite a few classic-style games and continuations in already existing series. But what do you think of their acquisitions? Right near the end of last year, they also acquired “Dark Horse Comics”. So their acquisitions seem to be random yet yield great results. According to Stephen Totilo, these purchases only cost a little over half a billion dollars. Do you think there is a goal to all of this? Or is Embracer Group just striking while the iron is hot? Let us know in the comments below!