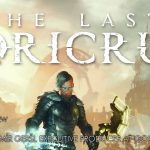 One thing we all know about the gaming industry is that it’s very competitive. Over the years, we have learned quite a bit and have witnessed so much as of 2022 going into 2023 the amount of content that gamers will have at their fingertips is quite astonishing. From God of War Ragnarok which releases in less than 30 days for the PS5 and PS4, to The Callisto Protocol which arrives in December, gamers will find themselves asking what could I possibly play next? Games like Spider-Man 2, Forspoken, Resident Evil 4 Remake, and Hogwarts Legacy are releasing in 2023. However, we have one game that was just released to highlight for you.

Vladimír’s journey began 21 years ago in 2001. It was his childhood dream after high school to be a part of this awesome industry. Like many devs before, Vladimír started with smaller teams and projects and eventually made his way to Sony and Activision in 2018. He returned from Denmark after previously leading a studio called NapNok Games with plans to produce newer projects. This led to him helping out other teams including Beat Games, who are known for Beat Saber. He then ran into a few colleagues from GoldKnights and was offered the position.

What Inspired The Creation of The Last Oricru?

According to Vladimír Geršl, the creation of the game began in 2018-2019 as a AA RPG project. Vladimír immediately saw the potential for the game as it is inspired by Dark Souls. The 4-year gap to bring the game to life was a wild ride according to Vladimír. Obviously with the Covid-19 pandemic still a thing, and of course, with the game being a AA project, many ideas had to be dropped after numerous play sessions. Vladimír described the process as “Kill Many Babies”.

Throughout the play sessions, Vladimír did comment that the team highlighted numerous ideas that ended up elevating the game which then led the team enlisting the help of senior devs. They were tasked with training and molding newer developers to the AA style of the game’s development. This led to the first-ever demo of the game where features like online co-op, and dynamic storytelling.

Naturally, the blend between action RPG and souls-like styles the team took 9 months to bring the game to life with funding coming from a mixture of the publisher and Vladimír. Overall, the process was hectic and at the same time, it was quite emotional for all the developers involved.

Why Should You Be Excited For The Last Oricru

If you are a massive fan of Dark Souls or anything soul-like, The Last Oricru is definitely a game you should keep your eye on. Everything from the RPG elements, dynamic storytelling, and combat system, which Vladimír Geršl was super proud of, puts this game high up on the list. Of course with the game being a AA, the price point for this game is also very enticing at $35.99. You are getting a very solid game made by a very passionate and creative studio. The Last Oricru is currently available for the PS5, Xbox Series X/S, and PC.

Are you picking up the game? let us know in the comments below. Many thanks to Vladimír Geršl and Tobias Stolz-Zwilling for this awesome opportunity. Until next time gamers, and please stay safe.

Facebook Twitter Google+ LinkedIn Pinterest Tumblr
Previous article Lord's Minute - Ribbit and Rip It
Next article To Kill or Not to Kill: The Ethics of Vengeance in Dishonored

My name is Ryan I am a youtube content creator who primarily covers PlayStation content on the youtube channel Bit Cloud Gaming with daily news coverage on Fridays I host the RGT Podcast a podcast where I interview developers as well as voice actors within the industry and also we discuss all the latest news and rumors for Playstation, Xbox, And Nintendo live at 5 pm est