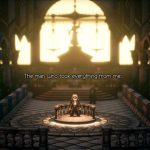 You are reading
Octopath Traveler 2: Everything we Know

All Current Details on Octopath Traveler 2 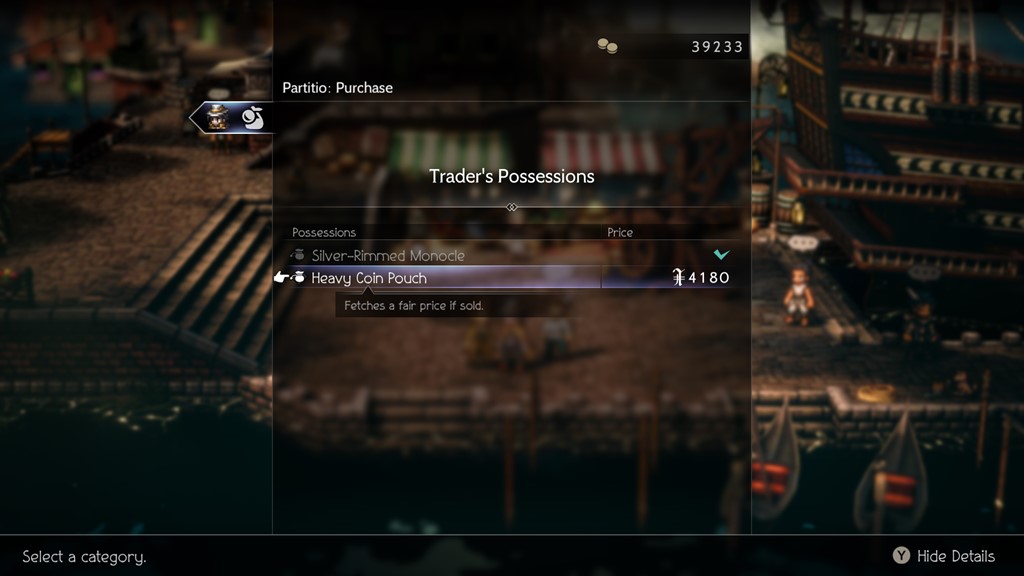 To get some of the simple details out of the way. For starters, this game is not going to follow up on the story of the original game. They will only share core gameplay systems. Such as the “Boost and Break” system. Which created a really engaging twist on classic turn-based JRPG gameplay. The game will feature eight characters with unique path-action abilities. Such as the hunter being able to capture beasts to use battle. As well as the merchant being able to hire townsfolk to fight with your team or buy items from people. While a change to the scholar is coming to the game. He will still have the analyze passive ability but you will be able to mug people by forcing them to fight you and take their stuff if you win.

Additionally, the game will only focus on having four characters in your party at a time. Similar to the original Octopath Traveler but unlike the mobile title Octopath Traveler: Champions of the Continent. However, there seems to be a form of camp for your party where everyone can interact with one another. There is a big focus on improving that aspect of the game since the original game featured so few interactions between the characters.

So far, the only real changes to the combat are the introduction of “Latent Abilities”. These appear to be replacing the previous game’s max boost abilities for each class. They will be usable after filling up a gauge by breaking enemies from striking their weaknesses and taking damage. It is currently unknown if you still need to use a max boost to activate them or if they get stronger by boosting them. If it is the latter, these abilities will be incredibly strong depending on the situation. You also have the option to speed up your gameplay if you feel as though encounters take too long. 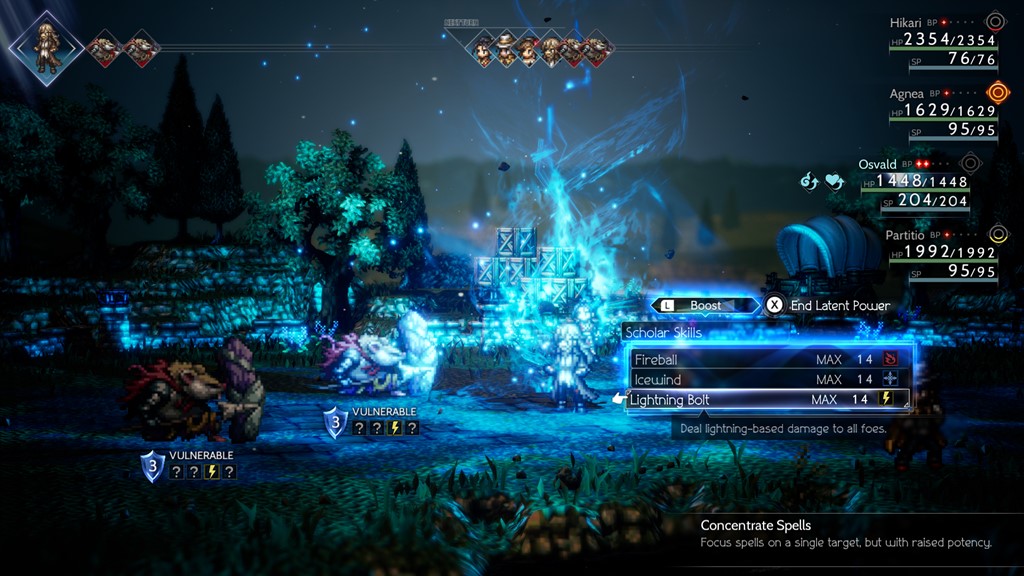 In addition to improving the combat. Traversal is getting some unique additions on its own. The first is being able to ride small boats along any river you have access to. Opening up several avenues for exploration. Finally, there is a new mechanic involving the game overworld where you can ride a boat and go to several different locations. Fans of Dragon Quest will know this as “Boat Mode“. You can find loot on the open sea and engage in battle on your ship. As well as explore ghost ships. This is a very cool new feature and could be replacing the fast travel mechanic. One thing that should be looked at is the side quests. Since the original game’s side quests were very ambiguous and unrewarding. 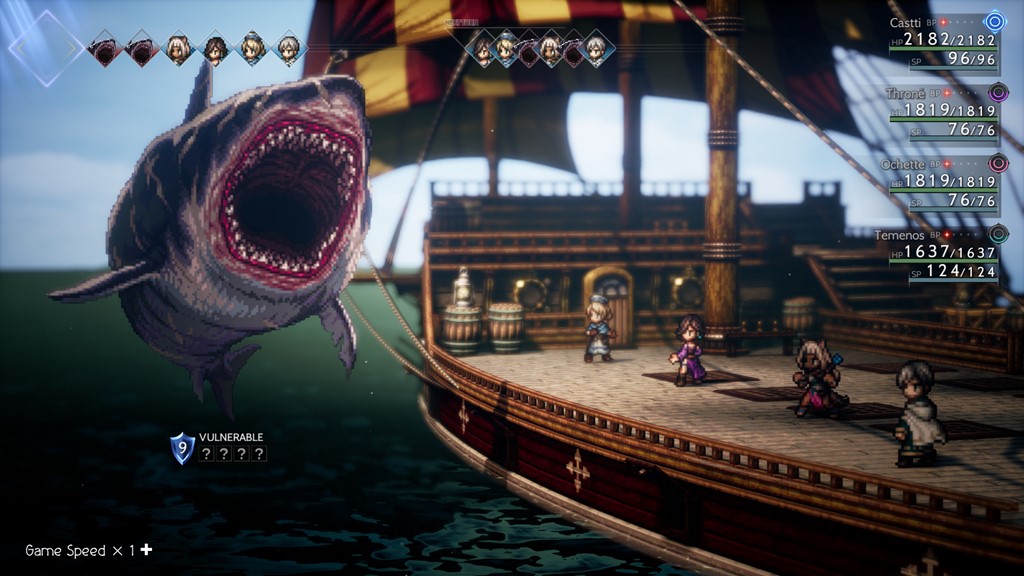 Octopath Traveler 2 so far seems like the pinnacle of art direction for the 2D-HD style of games Square Enix have released so far. Big towns filled with decently sized buildings, insane level of detail in areas outside of these towns. While bosses and enemies now move while they attack you. The significant jump in quality will be instantly noticeable to anyone who has played the original game. Fans of the original should be happy to hear that Yasunori Nishiki will be composing the music of the game again. Which is already paying off with some of the samples out there.

When and Where you can buy Octopath Traveler 2

If you go to the dedicated site for Octopath Traveler 2 you can find the routes to preorder the game there. It will be available next year on February 24th for $59.99 on the Nintendo Switch, Steam, PlayStation 4, and PlayStation 5. Despite the original game being on Xbox consoles, the sequel will not be launching on the platform with no details on if that will change. 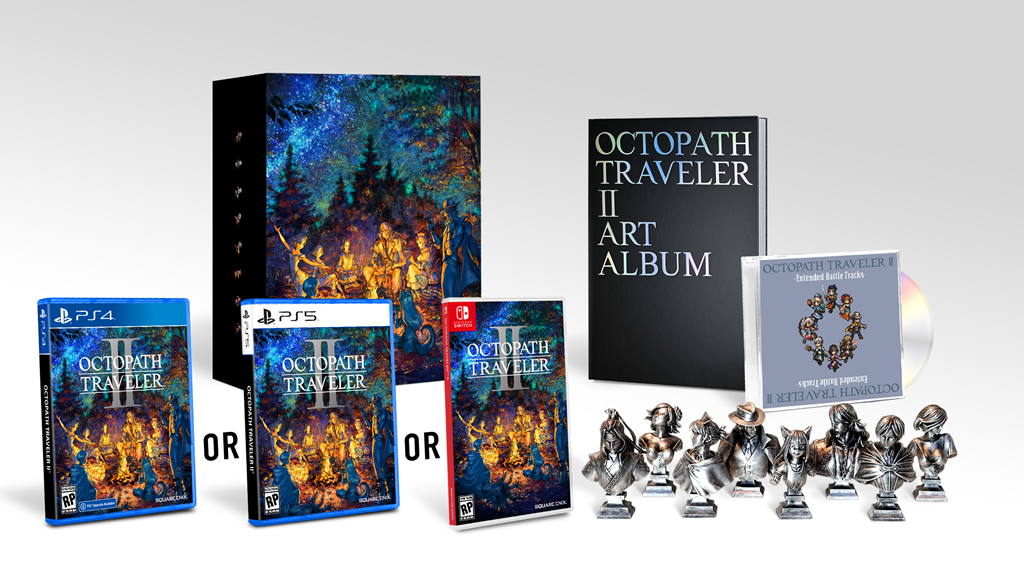 There is also a collectors edition for $179.99. Which features some physical goodies but seems like a step down from the original games collectors edition. However, these are all of the details currently available for the upcoming title. I do suspect there will be more updates on the game before it launches since there are still quite a lot of changes to showcase.