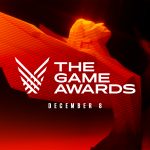 The Game Awards are back. A one-night-only celebration of all things gaming live from the Microsoft Theater in downtown Los Angeles. Today December 8th, the best games from the year will be recognized and a ton of game announcements will be made. With that, we have a new look at Suicide Squad: Kill The Justice League. With the new trailer comes the game’s summer release date.

Suicide Squad: Kill The Justice League will release on PlayStation, PC, and Xbox on May 26th, 2023. On a sad note, during the Game Awards, it was announced that this will be Kevin Conroy’s final appearance as Batman. Kevin passed away earlier this year, the voice of Batman for nearly 30 years. Take a look at the new trailer below. Additionally, pre-orders are expected to open soon. Suicide Squad: Kill The Justice League is developed by Rocksteady, the creators of the Arkham games. This will be the team’s first game in eight years.