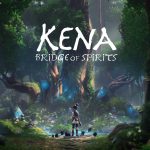 You are reading
Review: Kena: Bridge of Spirits

Last summer Sony gave us our first look at the PlayStation 5. Among the initial titles shown was an alluring game called Kena: Bridge of Spirits from Ember Lab. The first trailer celebrated the look and appeal of classic Disney Pixar titles. This is not surprising considering brothers Josh and Mike Grier, co-founders of Ember Lab, have a history in animation. Now that we finally have our hands on Kena, we can find out just how seamless that transition was.

It is difficult to begin any discussion of Kena, pronounced Kay-Nah, without first discussing the visuals. It is not rare to see a publisher use CGI trailers to overstate the visual fidelity of their game. Yet with Kena, this is not the case. Kena is the real deal and looks every bit as good as advertised. The lighting is some of the best I have ever seen in an E-rated adventure game. The visuals are on par with 2021 AAA platformers Psychonauts 2, and Ratchet and Clank: Rift Apart.

This is complemented by an optional 2160p 60 frame per second performance mode that upscales beautifully to 4K on the PS5. About half of the time, I played using 4K visual fidelity, 30 frames per second mode. I must say, I do not see anything lost in performance mode, outside of some minor screen tearing and very brief drops in frame pacing. Both of which can be seen across each visual mode. 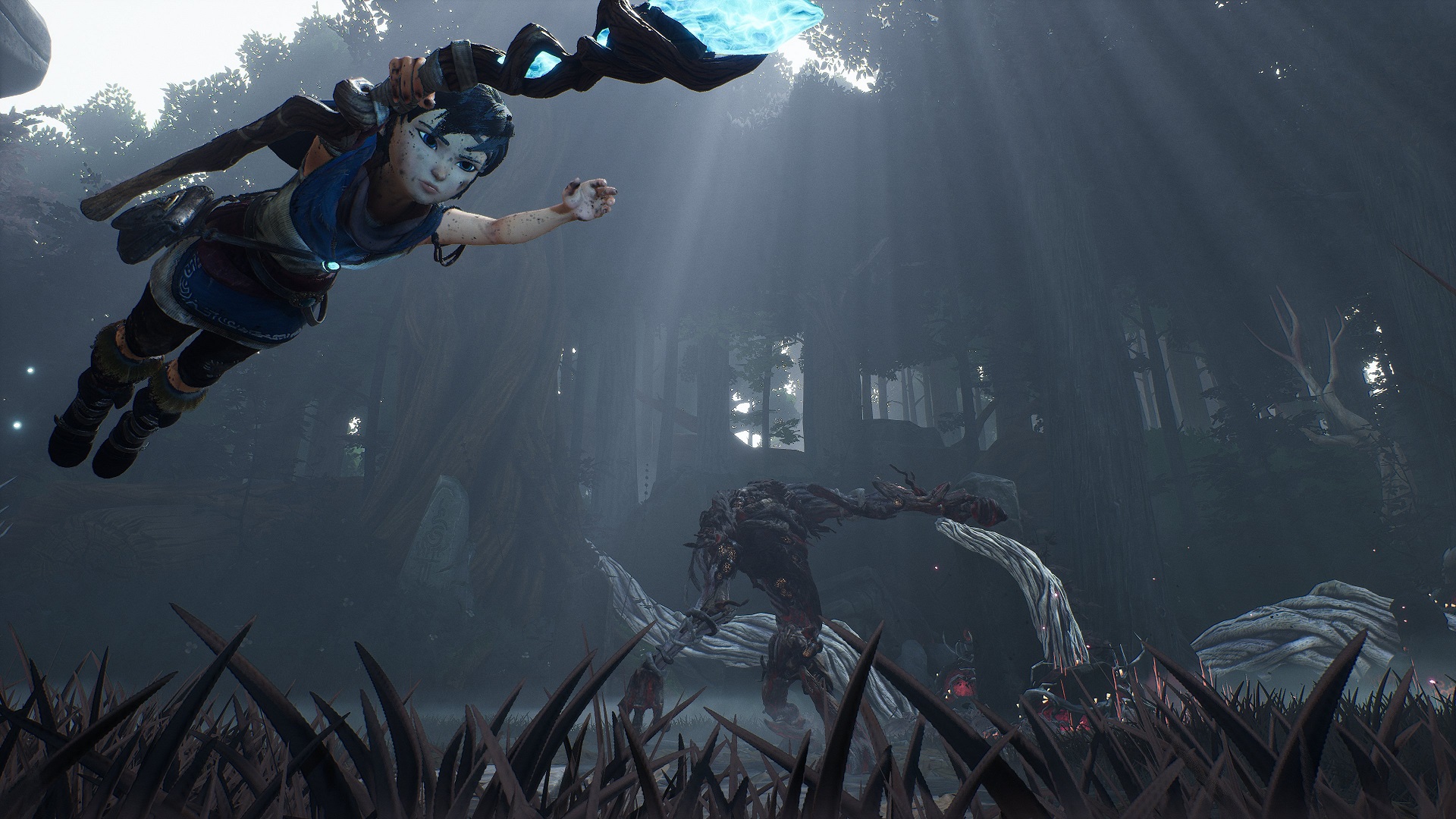 Kena: Bridge of Spirits is an emotionally evocative game. It will make you laugh, just as easily as it will make you cry. In Kena, you play as a Spirit Guide. Your job is to transport spirits to another realm of existence. On your journey, things go wrong, darkness takes over the realm you reside in. You are tasked with cleaning up the mess while helping to guide someone home.

The story progresses evenly through each chapter of the game, right up to the very end. I love what they have done in terms of delivering the story to the player. It sits somewhere between The Medium, where everything is explained to you, and Death’s Door, where you build most of the narrative from subtle hints. All three 2021 indie titles tell a similar story in different ways and Kena finds a nice spot somewhere in the middle of these other two.

A Launch Title By Any Other Name

Aside from the visuals, Kena: Bridge of Spirits stands out in every other way as a PlayStation “launch window” title. Despite it being almost a year after launch, Kena makes use of each new PS5 bullet point feature. Furthermore, it achieves this without it feeling ignominious in any way. Kena was the first game where I actually used the developer tips from the PlayStation home menu. The help guide knew where I was and played a short video showing a missing switch hidden behind a tree.

Along with the tips, Kena makes fantastic use of the 3D audio, SSD, and the DualSense controller. Shooting a bow with the DaulSense gives tension to the triggers, giving the game a deeper and more meaningful sense of immersion. Meanwhile, the 3D audio in conjunction with the Pulse 3D headset is the ultimate way to experience the game. While Kena sounds fantastic on a TV, a nice pair of headphones really enhances the experience with the spatial audio. The score and audio mix is on par with its visuals. The music seamlessly transitions with the game as you go from exploring the map to intense combat. 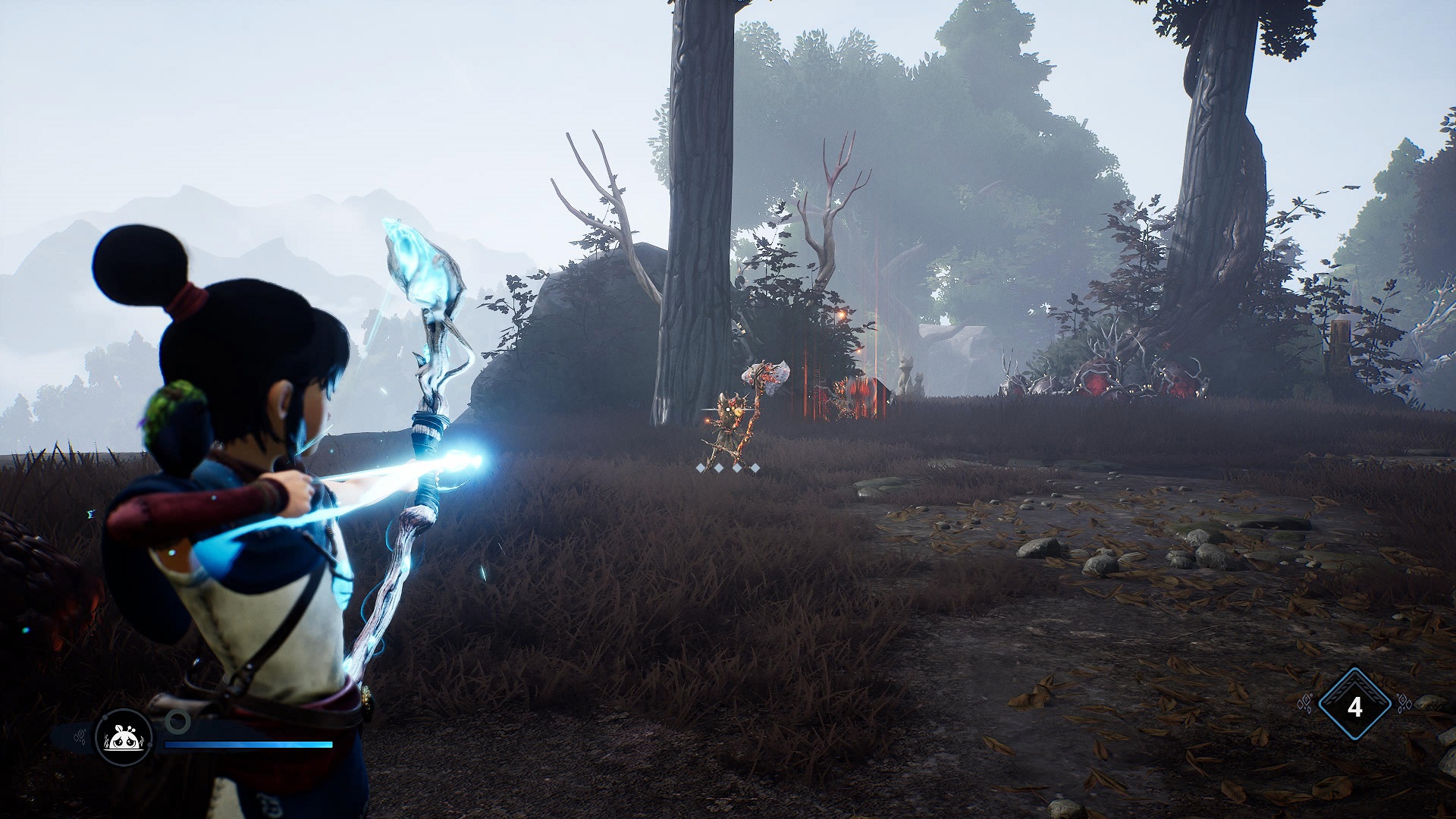 How Kena takes advantage of the PS5 SSD is interesting to see in action. The save screens have been cut down to a small white circle that flashes across the screen in the top right. You can barely even notice a save is happening. The loads after death are just as fast. The only thing you wait for are the assets to flash across the screen. I experienced no loading times while playing. Players playing Kena: Bridge of Spirits on the PS4 are undoubtedly missing out.

10 years from now when we look back, Kena is going to feel like a launch game. Not just with the check box use of PS5 features but the lack of depth in the gameplay. While Kena does feel like Ember Lab is showing their animation muscle, their lack of experience in game design shows itself as well. 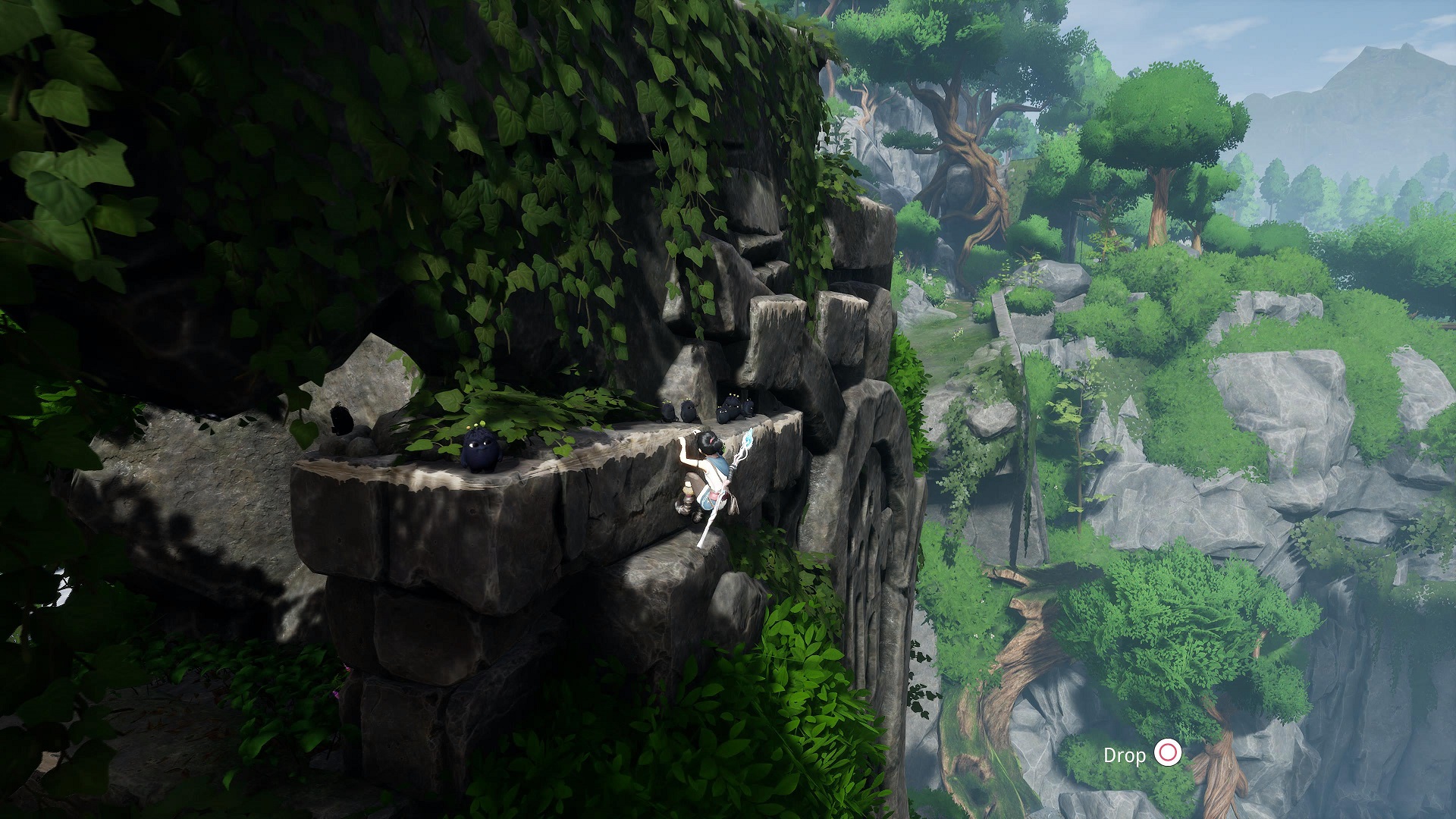 Beyond the novelty and the visuals, there just is not much to Kena. It is a linear action-adventure game with lots of solid combat. The majority of the gameplay loop revolves around combat with your staff against the various enemies and supplementing this with your bow. The game has a skill tree to gain new attacks and abilities. The combat feels great, but is not something that requires a ton of time to perfect. Along with that, there are some simple puzzles, as well as a handful of interesting boss fights. Yet, there is not much to actually playing Kena. This is where the game warrants its $30 price point and its title as a “launch window” game.

The lack of complexity in design and the welcoming visuals make Kena: Bridge of Spirits a perfect game for the young and inexperienced gamer that may not be able to play PS5 games like Demon’s Souls and Returnal. It feels like a gateway game that deftly avoids the over-simplification of a walking sim. Even still, there is just not a ton to do in Kena. The entire game can be experienced in about ten hours.

If you are as enamored with the visuals in the trailer as I was, Kena was worth the wait. With their first game, Ember Lab has something here, the beginning of something fantastic. At $29.99 there is tremendous value there. Although, during my play-through, I could not help but wonder what it would be like if it were a $70, AAA game that spent five years in development with hundreds of developers. Maybe next time, Ember Labs, maybe next time.