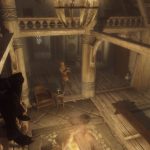 You are reading
My Open World

People who know me say I have an obsession with open world games. It made me wonder how one begins down this weird rabbit hole of having nearly unlimited freedom in an open environment. I can’t speak for everyone, but I can recall the moment I decided that this type of gameplay was for me.

I was eight years old. My parents were going to buy me a video game for my Nintendo Entertainment System. They took me down to Sears (Where America shops). At the time video games were treated with a little more care by retailers. There were no bargain bins with boxes of games strewn about. Neither were there games along with shelves or for that matter, digital download code cards. Instead, there was a dedicated Nintendo booth.

The booth had a big glass case caging that was tended by a hapless employee. That employee probably grew to despise children and their parents after working in that section for a while. This is where it started for me. 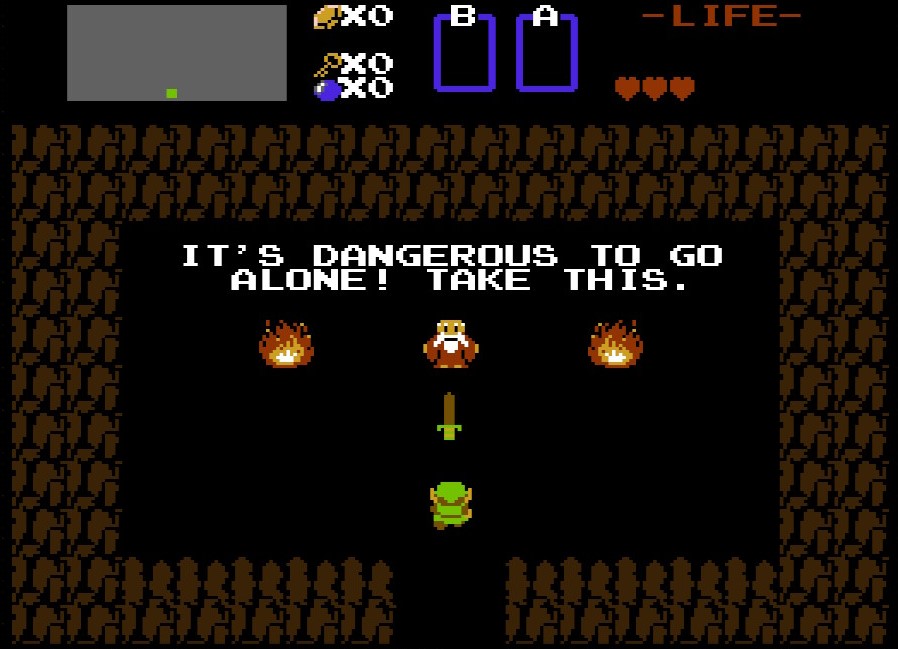 The Legend of Zelda was a game I had heard about. I asked the employee, an older woman, about the game. It was on the display and I could play it. The employee then came out from behind her glass prison and directed me to the M80 machine parked on the side of her booth. She told the kids that I wanted to try a game, and they stopped playing for a second, turned to look at me and the Red Sea parted for my arrival. The Legend of Zelda was beautiful. For the first time in my young life, I could control a sprite and he could move anywhere he wanted. This was freedom. I fell in love instantly. I wanted and I desired this game.

However, the game I ended up taking home was Rad Racer. Because my parents convinced me that it was a game I could play with my cousins when they came over. I never forgot The Legend of Zelda. A couple of years later the game would become mine. But this after already playing games like Dragon Warrior and Final Fantasy. I was hooked.

It was a world without borders for me. In linear games, you could only move as far as the game allowed you to. Oftentimes in beat-em-up style games, the game actually pushed you to move onto the next area. The blinking arrow was like some sort of digital guilt trip the game was laying on you. In these RPGs, this mechanic did not exist. It also taught me that actions have consequences. If you happen to move into an and come across an enemy you’re not ready for, you get decimated. It was as simple as that.

The Beautiful Semi-Open World of Shenmue 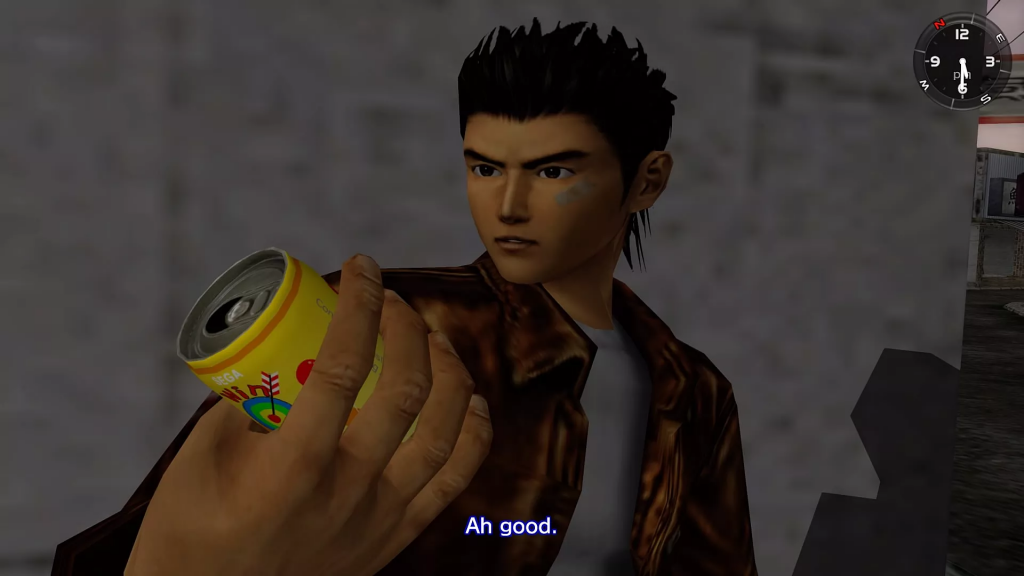 While I was totally fine with playing this kind of game in a land of enchantment, wizards, elves, and magic, I craved a little more. When I was 19 years old, Shenmue was released in the United States. I had read and heard so much about this wonderful demonstration of Dreamcast’s specs. Right then and there I knew had to run out and get it. While it wasn’t a 100% open world game, it did give me something I had not seen before. Walking around in a city-like environment and exploring everything around me was an immersive experience. I bought a soda from a vending machine. I ate a hamburger and I played video games in a Sega arcade. This was as close to real-life as I thought I’d ever get in a video game.

Where Shenmue cracked the door ajar of what was possible in an open environment game, Grand Theft Auto III kicked it completely off its hinges. I could steal a car and beat up a random person. Or I could just take a stroll if I wanted to, and not even worry about the game’s main mission. These were all things I could do simply because I wanted to… not because the game made me do them.

Grand Theft Auto III existed in a world that looked much like my own. There were cars, people, street signs, police, etc… It was a stark contrast from the days of these games only existing in worlds of make-believe. People said Hollywood made scarier horror movies when they took them out of huge castles and put them smack dab in the middle of Anytown U.S.A. The same goes for video games. 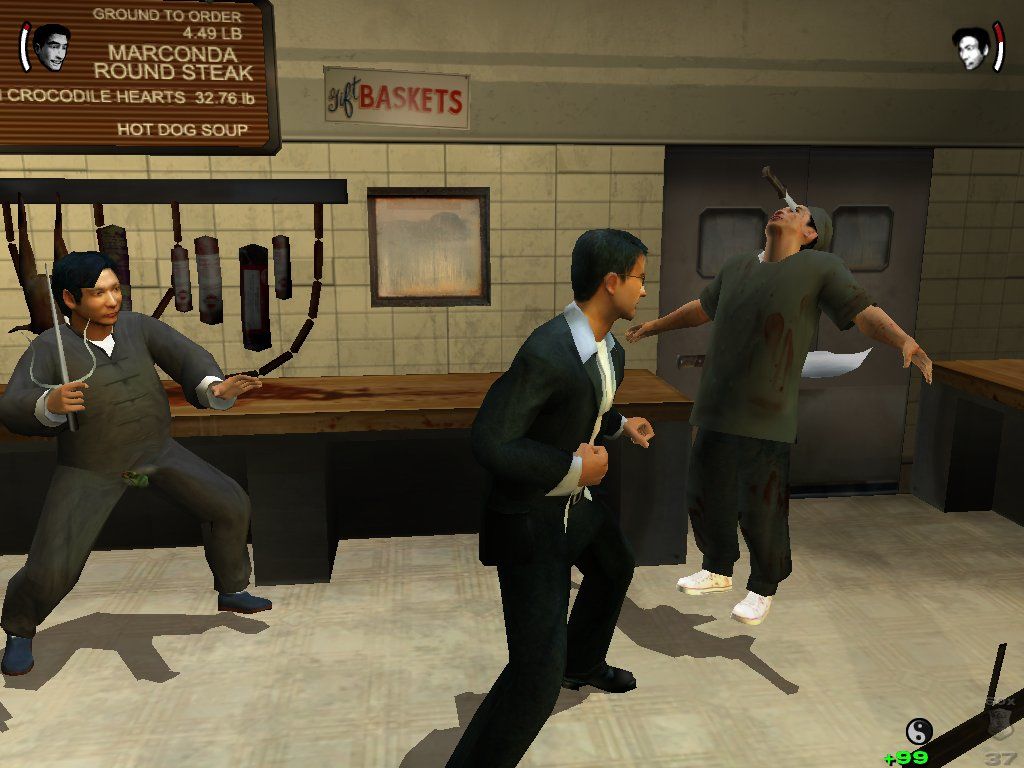 For a few years, I was in video game heaven. Sure, I bought regular games too. You couldn’t touch me in Halo: Combat Evolved, or Medal of Honor, but my heart belonged to these types of open world games. Grand Theft Auto: San Andreas, Grand Theft Auto: Vice City, True Crime: Streets of LA, Saints’ Row, Mafia, and even The Simpsons: Hit & Run kept me a happy man during my twenties. Even bad ones like Scarface: The World is Yours, Driver, and The Getaway kept me entertained enough during this period.

There are some times that an escape from even an alternate reality is a very good thing. While “GTA clones” helped immerse me into the real world, it was The Elder Scrolls V: Skyrim that brought me out of a very dark period in my life.

Skyrim and my Father

In early 2011, my father was diagnosed with stage four cancer. I didn’t play a whole lot of games during this time because I was simply going to my 9-5 job and then caring for my father during my time off. We caught up, did father and son things, and tried to be as normal as possible. We saw every horrible movie he wanted to see in the cinema.

For some reason, dad, the educated man that he was, loved these awful films. As he got progressively worse with his health, we stayed home way more. This is when I picked up video games again. I stood in line at midnight on 11/11/11 to pick up The Elder Scrolls V: Skyrim. Diving into a world unlike my very own would do me some good. 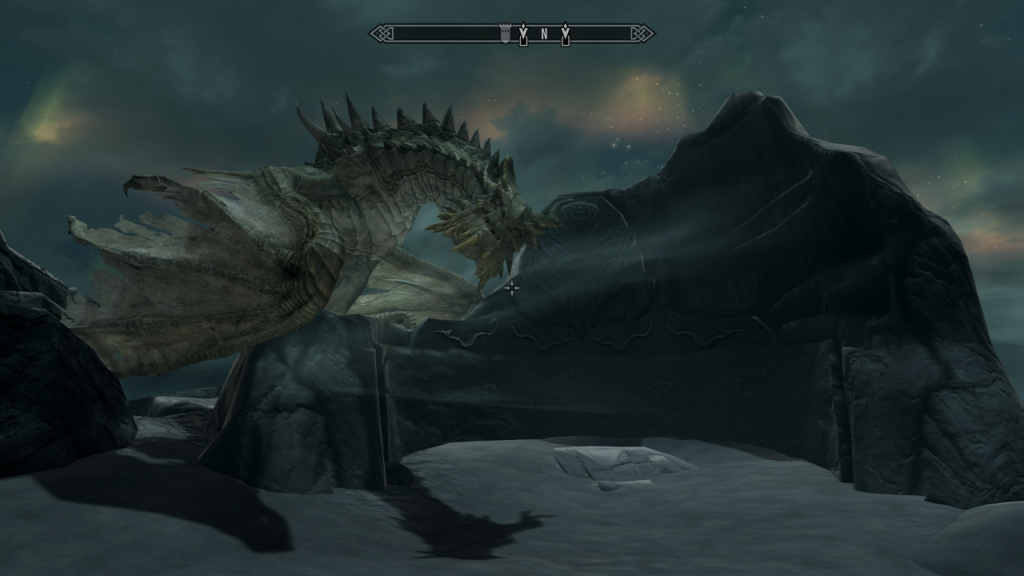 It was bar none the most amazing game I’d ever played in my entire life. The story was so rich and wonderful. The world was unlike anything I had seen before. If there was a mountain in the distance, I would tell myself that I could go there if I wanted to. I talked to as many people as I could, I even went up to a giant and he flung me across the map. Ouch!

In just a short time, I had done so much in the game. Though, I was brought back to reality for a little while when I came across the Blades mission where I was given the option of killing Paarthurnax. He was commonly known as  “The Old One.” I didn’t want to do that. Paarthurnax was my mentor. He was the one who taught me the true ways of the Dov. For a second I thought about my father in this instance. He taught me how to be a man. He taught me almost everything. I didn’t want to lose either him or Paarthurnax. I ultimately refused, and The Blades disowned me for it.

My father would eventually pass away from cancer. Exactly one month after the game released. I don’t think I picked up the game after that for at least a month. When I escape back into the world of Tamriel, my outlook was a little different.

Gone was my lack of empathy for some of the characters. I used to rob the Argonians of their jewels or say some snide words to people asking for help. I would look the other way and ignore the pleas of the prisoner getting carried away by either the Empire or the Stormcloaks. After my father died, I would slaughter the guards and free the prisoner. Even the Redguard woman in the tavern. I decided to help her escape instead of doing what people on the forums and on Twitter would do and send her to her death. Eventually, I stopped being bitter about the game. 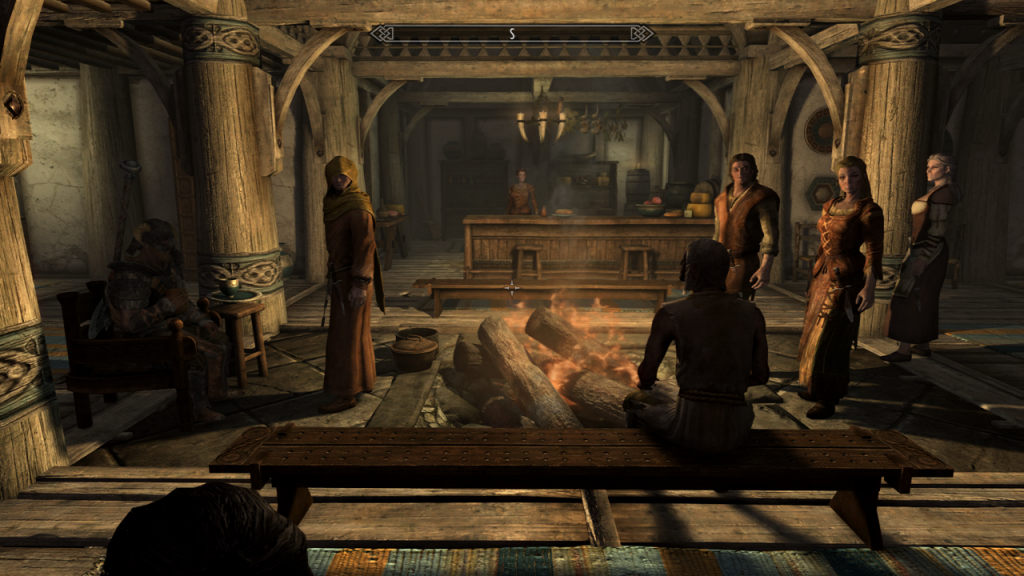 This goes to show you how deep and captivating this game was. I was using it as a simulation for my real-life feelings. It became my outlet to express everything I had been bottling up inside since my father’s initial diagnosis. At the same time, I would do strange things like throwing my character into water and get him near the point of drowning before getting him out. I would sit in taverns and just listen to the bards doing their thing for hours. Random NPCs would just come up to me and stare and then walk away.

The part that finally made me break was the quest of Aranea Ienith, the keeper of Azura’s Star. She was a lifelong devotee of Azura, living at her shrine and calling out to her daily. When I finished the quest and went to speak to Aranea, she was sitting on the edge of the cliff, kicking her feet and looking out into nothing. Aranea turned to me and said Azura was gone. Shocked by the realization she no longer feels or hears her. She lamented and admitted that she is now lost without her. Looking so sad she just sat there. I just couldn’t take it. I had to turn the game off and do something else for a while.

My Unabated Love for Open-World Games 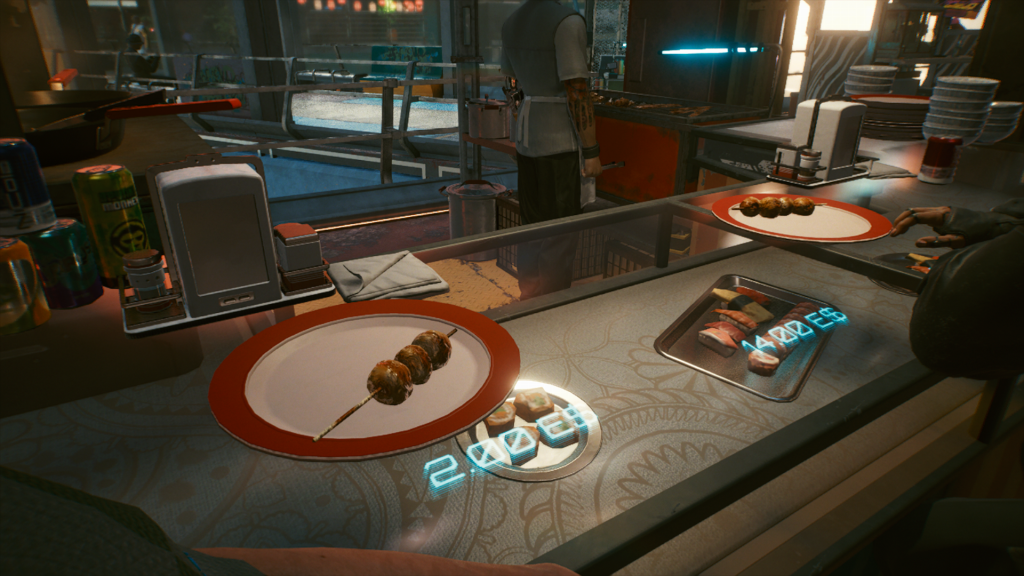 The Elder Scrolls V: Skyrim was a reminder of why I love open world games. I continue to play them, even though some are not as good as others. For a period of a few months, I immersed myself into many worlds including the Watch Dogs series, Red Dead Redemption 2, The Outer Worlds, and then Cyberpunk 2077. Each game really helped me get afeel for the environment and the people in it.

When games can convey such strong emotions in their characters it really sparks something in me, and I’m sure others as well. Unless you’re a psychopath, you have some level of empathy for others. We are who they make these games for, the lost souls wandering, trying to find something or someone to connect to. That’s not saying that linear games can’t do the same thing. But there is an added intangible element added when you’re allowed to roam free and ostensibly be yourself in a world that is either much like your own or absolutely nothing like your own. I can’t control certain factors in my own life, but in certain video games it is my open world.

My name is Samuel. I have been writing about video games on the Internet since 2009. I've been bothering people since 1980. When I'm not trolling teh forums, or podcasting, I'm playing The Sims 4 and Animal Crossing: New Horizons on Twitch. I love Pepsi, pro wrestling, competitive cooking shows, Star Wars/Trek, and 80's and 90's Hip hop music. Waffles are just pancakes with abs.