The Lords from Iron Lords Podcast and LOGNET were live on the Pax East 2022 show floor bringing you coverage and interviews from the teams behind the hottest upcoming games. Check out all of our Pax East 2022 coverage below.

Marvelous Europe revealed Deadcraft, a new simulation/action RPG where players must craft to survive in a treacherous world ravaged by zombies. Scheduled to launch on Windows PC via Steam, PlayStation 4, PlayStation 5, Xbox One, Xbox Series X|S, and the Nintendo Switch™ system on 19th May 2022. 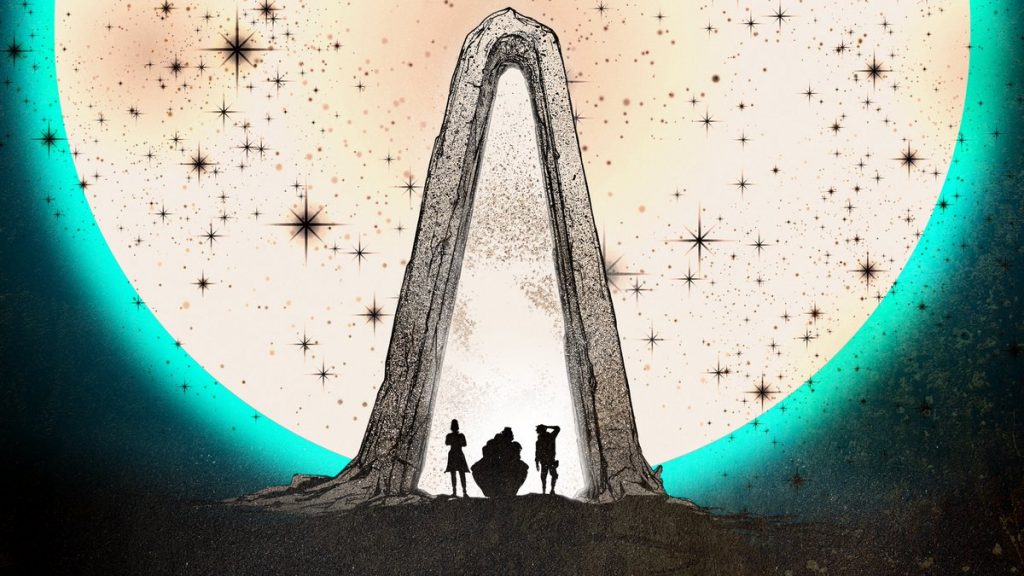 The Gearbox Show at Pax East 2022 talked a lot about their upcoming partnered games. One of which is a new entry in the cult-favorite Tales from the Borderland. Though details are sparse, check out the write-up right here.

WrestleQuest pits the best of pro wrestling and RPG fantasy together in the ultimate pixel-powered adventure. “Macho Man” Randy Savage and tons of other icons offer guidance as you powerbomb your way to glory beyond the ring.

Plunder Panic is a swashbuckling action arcade game for up to 12-players where two rival crews battle for supremacy on the high seas!

Trek To Yomi is a 2D side-scrolling action game that calls to mind the best of the Kurosawa samurai films. The game incorporates a unique combat system that combines stick and button controllers for different attack combinations. The camera does not stay in a strict 2D perspective and will pan around the character to enhance the cinematography. The game will launch in May 2022.

Chants of Sennaar is a point-and-click puzzle game with an emphasis on learning languages and communication.

Demeo was originally a tabletop RPG VR game that recently received the 2D “pancake” version. Demeo was well received here at LOGNET, be sure to check out our review here.

Die By The Blade Interview

Die by the Blade is a samurai-themed fighting game developed by Triple Hill Interactive. We got the chance to talk with Triple Hill about their upcoming release.

TMNT: Shredder’s Revenge features all-new HD 2D pixel art but calls back to the best of the side-scrolling SNES days. The game will feature voice acting from the same actors from the 90s cartoon. Up to 4 players will be able to play cooperatively with the difficulty scaling according to the number of players. Players will be able to fight for power-ups which will add a bit of competitiveness into the mix. TMNT: Shredder’s Revenge will launch on all platforms this summer.

Cult of the Lamb casts players in the role of a possessed lamb saved from annihilation by an ominous stranger and must repay their debt by building a loyal following in his name. Start your own cult in a land of false prophets, venturing out into diverse and mysterious regions to build a loyal community of woodland worshippers and spread your Word to become the one true cult. Check out the game preview here.

Below the Stone Interview

Below the Stone is a run-based procedurally generated rogue-like. The developer promises new enemies will be encountered even hundreds of hours into the experience. The game centers around dwarves and their explorations deep into the earth. Though there is no release date but the developers are aiming to launch later this year.

Elements is an open-world adventure RPG. The Lords sit down with the game director for Elements to break down what to expect.

Turbo Overkill is a first-person shooter bathed in the Cyberpunk aesthetic. The Lords sit down with a developer of the game to break down what FPS fans can expect. A demo for Turbo Overkill is in early access and a demo is available now on Steam.

Dead Fury is an over-the-shoulder 3D shooter that calls to mind SOCOM and Gears of War in play style.

World Championship Boxing 2 is a sports management simulation that puts players in the role of boxing and business manager.

Demon Throttle is a vertical scrolling shoot-em-up that leans heavily on being funny. The game does not take itself too seriously, which gives the complete package more meaning. The game’s jovial elements and physical-only release are reminders that developer Doinksoft is in on the joke.

Despite the jokes, Demon Throttle is not just a 25-minute prank. Players looking for a complete game will find epic boss battles and a series of hidden rooms. These bring the game much closer to an hour. If you are successful in finding all of the hidden rooms, players will experience the game’s “good ending.” Yet do not forget this game is classic in every way, so if you die you do start over. Fortunately, hidden cheat codes for the game do exist.

Eiyuden Chronicle: Rising is a “companion” game for the upcoming Hundred Heroes next year. But while this sounds like a small title. It will be quite the meaty game to really sink your teeth into. As it features a thrilling story as well as a unique town-building mechanic. Eiyuden Chronicle: Rising will be available on May 10th. Releasing on Xbox Series X|S, Xbox One, Nintendo Switch, Steam and PlayStation 4, and PlayStation 5. This game, as well as Hundred Heroes, will also be launching directly into Xbox Game Pass at their respective launches.

If you would like to learn more about the titles check out the monthly updates fresh from the developers.

No Place For Bravery Preview

No Place for Bravery brings intense combat inspired by Sekiro and Devil May Cry in a top-down pixel stylized game. Check out the preview right here.

The Last Hero of Nostalgia

Dolemon takes inspiration from souls-likes such as Bloodborne and Dark Souls itself. As well as hard-hitting sci-fi titles such as Mass Effect and Dead Space. Dolmen boasts very impressive graphics while also allowing players to choose from using melee weaponry and guns.

In Evil West, you will kill bloodthirsty monstrosities in style as a lone hunter or in co-op with a friend. Explore and fight in a narrative-driven campaign while upgrading your weapons and hunting tools. Unlock new perks to evolve your monster-slaying mastery, crafting your own playstyle to defeat the supernatural hordes.

The Last Oricru straddles the line between Sci-Fi and Fantasy as players are thrust into a civil war. The developers emphasized the heavy focus on making the player choices matter. The co-op campaign somewhat uniquely places two players side by side on the same screen. The Last Oricru does not have a release date announced at this time.

Rogue Spirit is described as a rogue-lite action game with light stealth elements. Players will take on the role of the Ghost of the Prince of the Kingdom of Midra, who is able to possess enemy characters and absorb their skills to fight the corruption in the kingdom.

This Kao The Kangaroo is a complete reboot. Everything about the game has been redesigned or reimagined in some capacity. Kao has a new look and the level design is a slight departure from what Kao fans might know. Kao The Kangaroo will be a new entry point in the franchise that anyone can pick up and play. Although our demo left out story elements, developers promise this is a new experience.

Phantom Brigade is a hybrid turn-based & real-time tactical RPG, focusing on in-depth customization and player-driven stories. As the last surviving squad of mech pilots, you must capture enemy equipment and facilities to level the playing field.

In Warstride Challenges, blast hordes of demons at lightning speed in bloody gunfights, and race against the clock to overcome everything that comes your way! Die and retry to get the highest score in increasingly intense trials. Create and share your own runs, enjoying hundreds of levels created by the community.

In Uragun you play as a deadly but charming Mech that has awakened to discover a world overrun by corrupted AI. Searching for your missing pilot and friend will bring you to different spectacular locations like a deserted Barcelona, an overgrown and futuristic Hong Kong or the mines hidden in the snowy mountain rifts of North America. In order to survive, you’ll have to master the game’s challenging and fast-paced combat. Luckily, you’ll be able to unlock new weapons, from shotguns and auto-rifles to plasma boomerangs and rocket launchers, that will grant you a ton of customization options and a fair chance against your foes.