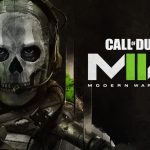 You are reading
Call of Duty Modern Warfare 2 Multiplayer Review

First-person shooter multiplayer games consistently dominate the gaming market. For the last fifteen years, Call of Duty has stood as the cornerstone example, despite recent fan disapproval of past installments. Its most recent installation, Modern Warfare 2, may not have perfect multiplayer, but that does not mean its multiplayer isn’t great.

This New Game Knows to Keep the Old Things that Work

Even a breath of fresh air needs its long-term support pillars. Gunplay is the same as it’s ever been, but that’s okay. Call of Duty has fielded state-of-the-art gunplay since at least the original Modern Warfare. Don’t fix what’s not broken.

Speaking of not broken, classic game modes centered around racking up kills like Free-for-All, Team Deathmatch, and Kill Confirmed return. Past, more non-player objective-focused modes like Search and Destroy also make their return. They’re played on Core Maps because they’re so integral to Call of Duty’s multiplayer experience.

New Modes Either Excel or Bust

While these core modes remain untouched, Modern Warfare 2 does bring new modes to the table. In all the new additions are a bit of a mixed bag, with some interesting and fun additions contrasted with some that just feel odd.

Giving both teams continual chances to score adds a fulfilling layer to Prisoner Rescue. Rescuers can keep their points for playing the objective while Hostage Holders don’t give anything up. No matter who technically wins the round, both sides can feel as though they’re legitimately inching toward victory.

The highlight of the new Big Team Battle Modes, which are played on larger Battle Maps, is Ground War. Ground War can be thought of as a giant version of Domination. Teams get vehicles and squads, subdivisions of teammates. Both vehicles manned by team members and squadmates out of combat serve as possible spawn points. Vehicles vary by map, but both teams always have at least one big helicopter.

Once a player jumps into the helicopter’s cockpit and starts flying it, all teammates can endlessly spawn in there. Said teammates can parachute from it to the field, use it as a flying sniper perch, or more.

Having the helicopter ready comes in handy when you need to capture a point for two reasons. A) It provides a spawn point for teammates since players can’t spawn at a point they don’t control, and B) if one team controls all points for 30 seconds, that team automatically wins. Granting such a fast-moving spawn point is vital for keeping all points out of enemy hands.

Ground War adds as much of a team strategic layer as a 64-player game mode allows.

Conversely, Invasion plays like a giant Team Deathmatch where players and NPC soldiers on both sides vie for the most total kills. Vehicles and killstreaks pop in throughout the match, generally favoring the team in the lead.

You are also assigned to a Squad, but you can’t use it beyond voice communications. Invasion always randomly picks where players spawn. It doesn’t make sense to make a game mode that doesn’t use one of the exclusive features related to it.

None of the modes leave an indelibly black stain on the entire package, but modes are created inequal. Invasion undercuts a core feature of Big Team Battles.

Killstreaks, the series staple reward for racking up kills in one life, received the best update in the game. Where past games took the word “killstreak” literally, Modern Warfare 2 defines it more broadly.

This game introduces an option to change the requirement from kills to points. Many general actions that reward experience now count as points toward your killstreak rewards. Assists, playing the objective, and even teammate spawns (when a player spawns to your location or in your vehicle) all help you earn killstreaks.

Giving this option allows players more avenues to earn these rewards. Killstreaks aren’t exclusive to players good at staying alive. Players who want to capture a point in Domination or rescue a Prisoner can earn killstreaks by focusing on the game mode’s main goal.

Like every Call of Duty game, we got a fresh new batch of multiplayer maps. Normally, these would be playable in all modes, but given the size of Big Team Battles, we have two groups. Core Maps play in the Quick Play playlist, and Battle Maps in the Big Team Battle modes.

Some of the Big Team Battle maps include major sections of, if not entire, Core Maps. Given that these Core Maps fit in organically with the Battle Maps, this plays as a good design. These maps feel more like a slice of the Battle Maps than they do obtuse chunks awkwardly slung into the Battle Maps.

The Battle Maps also include fun, uncommonly touched areas sprinkled throughout to explore. One map has a mine tunnel that runs underneath the main set piece of a backed-up highway. Another has an exquisite theatre far away from most battling. Fun discoveries litter many of the Battle Maps, making each map feel designed as a slice of a world in each.

One main complaint that does crop up is criminally underused mechanics. For example, the Zarqwa Hydroelectric map has a unique underwater tunnel system. Players can swim through these tunnels, and fire guns (poorly) while treading water. They serve as great holes to pop out from to surprise enemy players and to make a quick getaway.

Zarqwa is the only map with anything approaching that level of creativity. None of the other maps have something special like that. Seeing an idea that worked so well only once makes it seem more gimmicky than it actually is.

Final Thoughts: This Call of Duty Multiplayer is Worth Trying Out

Even though Call of Duty started with a narrative focus, its multiplayer draws in the most players now. The formula shows its older roots, but it also plants and grows new ideas. With the technological capabilities of consoles and PCs these days, Big Team Battles can keep developing from where they started here.

Issues withstanding, players can expect to enjoy their time jumping into lobbies and playlists with friends. And now that Warzone 2.0 is out as well, Call of Duty fans have options.