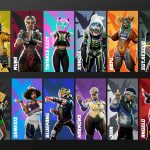 You are reading
Destruction AllStars’ Diverse Cast of Mayhem

Lucid Games has brought PlayStation 5 owners a simple yet fun race for mayhem. Destruction AllStars combines elements from games like Destruction Derby and Overwatch. This gives consumers a unique take on the genre while also utilizing the hardware of next-gen. However, Lucid Games has also used this as an opportunity to introduce a diverse and inclusive team of characters.

Destruction AllStars has a starting roster of sixteen characters. Lucid Games has already pledged its support for the game’s future development, most likely meaning more stars will be coming to the game. Players also hope the developers can improve the longevity and substance currently lacking. Until then, players will find the starting cast has plenty of personalities to go around.

The character design for Destruction AllStars is both tastefully flamboyant and inclusive of international cultures. The team particularly nails curls and hair textures exceptionally well. Often times, video games come under fire for inaccurate representations of Black characters. Characters like Genesis, Hana, and Harmony are some of the best hair and model designs for women of color in video games to date. Their personalities also give a break from depictions of Black people going through hardships or living a poverty-stricken life.

Harmony is a plus-sized Black woman with a warm and outgoing personality. Her bio reveals she is a world-renowned cellist with a heart for cheesy jokes. Media tend to rarely feature plus-sized characters outside of comic relief, even less so one who is a Black woman. Another character of intrigue is Genesis. She is the current reigning champion within the game’s lore. Genesis is an astrophysicist as well as a champion paraplegic runner. There tends to be a stigma surrounding those who are disabled; however, Genesis breaks the mold by having a vibrant personality and the skill to be the best despite using artificial legs. 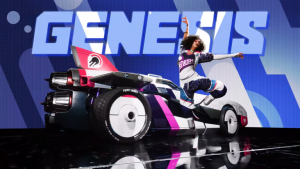 There are a number of different characters that each make their own niche into the universe of Destruction AllStars and break classic stereotypes. Characters like: Ratu the female Indonesian martial artist, Muna a female mechanic, Bluefang the ex Nigerian action star, or even José Mondragon the Luchador known as Ultimo Barricado. The game accomplished diversity without rehashing old tropes or forcing inclusion at the expense of authenticity. Destruction AllStars is a brilliant example of contemporary inclusivity for video games.

Who is your favorite all-star so far? Let us know in the comments down below. Check out our review for Destruction AllStars here.